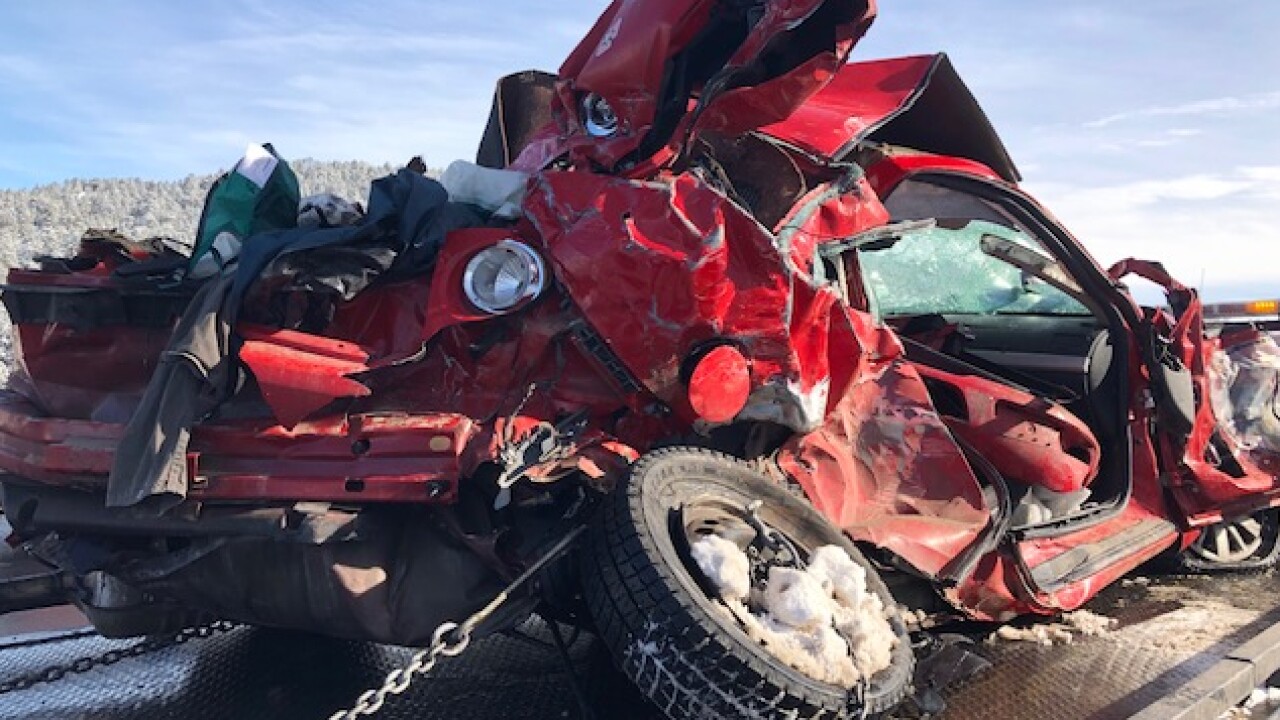 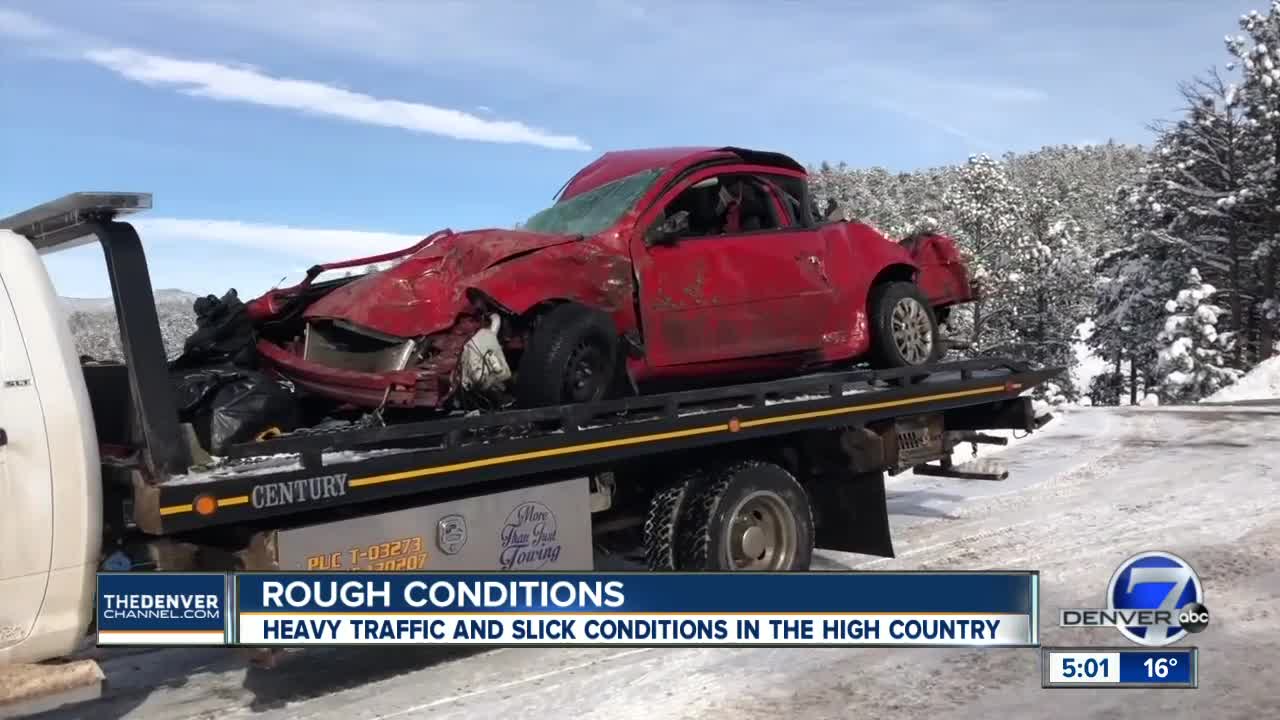 LAKEWOOD, Colo. -- The Colorado State Patrol is warning drivers to slow down as they head toward their Thanksgiving Day destinations.

Those driving along the I-70 corridor are still dealing with the after effects of the monster snow storm that hit Colorado late Monday into Tuesday.

There was a three-car pile-up on I-70 near El Rancho Wednesday morning.

"The driver walked away with just a bloody nose," a trooper said at the scene.

The crash shut down all east bound lanes for a while.

CSP said there were no serious injuries.

Earlier Wednesday, CSP stationed a trooper every 20 miles along I-70 between the Eisenhower-Johnson Memorial tunnels and the Utah state Line.

Tooper J.K. Lewis said the intent wasn't to write tickets, it was just to get people to drive safely.

The Colorado Department of Transportation (CDOT) is warning drivers who are heading up to the high country Wednesday night to prepare for more snow.

An additional two feet is expected in the higher elevations as another system begins moving through Colorado.