'He took me for a ride, and I was stupid': Woman shares story of being scammed as cautionary tale Jill communicated via email with a man she thought was named Davide Hill. 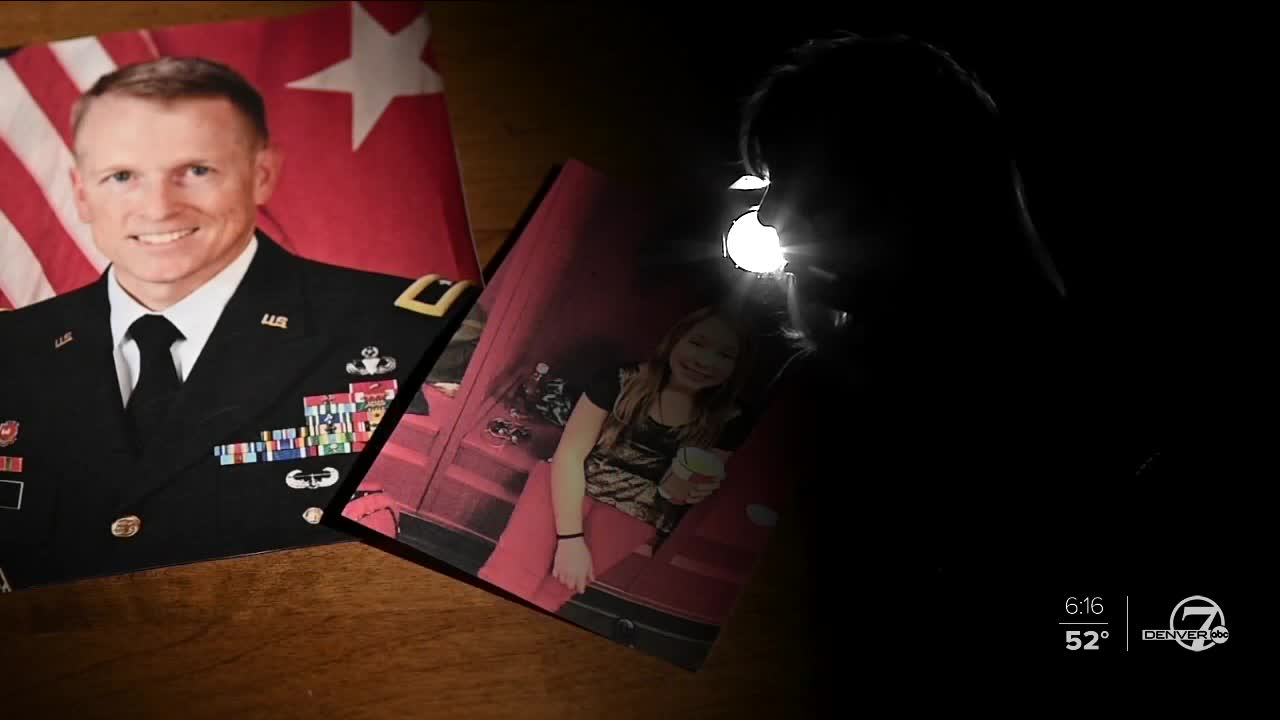 DENVER — It all sounded too good to be true. It turns out, it was.

"He had explained that he saw my picture on Facebook and he was attracted to it," said a woman we’re calling "Jill" for the sake of protecting her identity.

Things progressed quickly from there.

"He wanted to meet me,” Jill said. “He wanted us to be together."

Jill was divorced, living in metro Denver and looking for a new relationship. So was the man on the other end, or so it seemed.

"He said that he had nobody else,” Jill said. “He had lost his wife to cancer three years ago."

That was the first of hundreds of lies the scammer would tell Jill over the course of about a year.

He pretended to be a four-star general in the U.S. Army named Davide Hill, ready to come home and retire and be with Jill.

"He (said) had been in the military, over in Afghanistan for years," she said.

He also sent Jill a photo of his daughter.

"He said he had a daughter in California," Jill said. "And she and I had communicated several times. She was already calling me ‘Mom.’"

Jill believed the relationship was going somewhere, she and Davide started having more and more private chats on Google hangout.

“Being lonely, I just got deeper and deeper into text communicating," she said.

He even sent her a Christmas ornament with his photo in it. Jill was all in. And when Davide, the supposed four-star general with that extra 'e' in his name asked for money, Jill had blind faith he was telling her the truth.

"He just talked about wanting to get back to the states and that kind of thing," she said.

Jill showed Denver7 dozens of receipts for cashier’s checks and iTunes gift cards that she sent to Davide.

She also showed Denver7 dozens of e-mails and text messages including one that read, "I need just $600 from you now."

In return, he promised Jill a literal treasure trove: A box he found while overseas.

"What was supposed to be in that box?” Denver7 asked.

“$400,000," Jill said, "That he and another officer had found, supposedly, on one of their missions. He felt like that could basically be his future. Future for us. Future for his daughter."

But the box kept getting stopped in transit, incurring fees, duties and taxes in other countries as it made its way to Jill in the U.S.

"Supposedly, it went from Afghanistan, to Indonesia or other foreign countries. And every country they entered had tariffs and this kind of thing that had to be paid to ship it further," Jill said.

By this point, she had invested so much time, money and effort, Jill saw no way of turning back.

The scammers even fabricated a fake shipping company, receipts and tracking numbers for the box.

"I couldn't afford to lose the money,” Jill said. "I kept thinking that eventually it might actually get to me and I would be repaid."

There were obvious red flags.

"His grammar for one thing," Jill said.

Eventually, the fake package had made it to Wyoming — or so the scammers said it did.

"They still wanted another $9,000 and that is the point where I refused and he got furious and eventually he cut off communications," Jill said.

"He just got pissed,” she said. “He started talking ugly."

Part of the reason we've disguised Jill’s identity is because she hasn't even told her own family.

"I'm embarrassed,” she said, becoming emotional. “I lost a lot. I wish that we could catch these thieves."

It turns out, the photos the scammer provided are of a real Brigadier Gen. David Hill in the U.S. Army Corp of Engineers.

And the "daughter" photo is of a former contestant on America's Got Talent, Anna Graceman.

Just another falsehood in the conman's story.

She now wants others to learn from her mistake.

"You really need to meet a person in person before you can really have a relationship of any kind,” Jill said. “And I should have known better. When they start asking for money, cut it off. Get out."