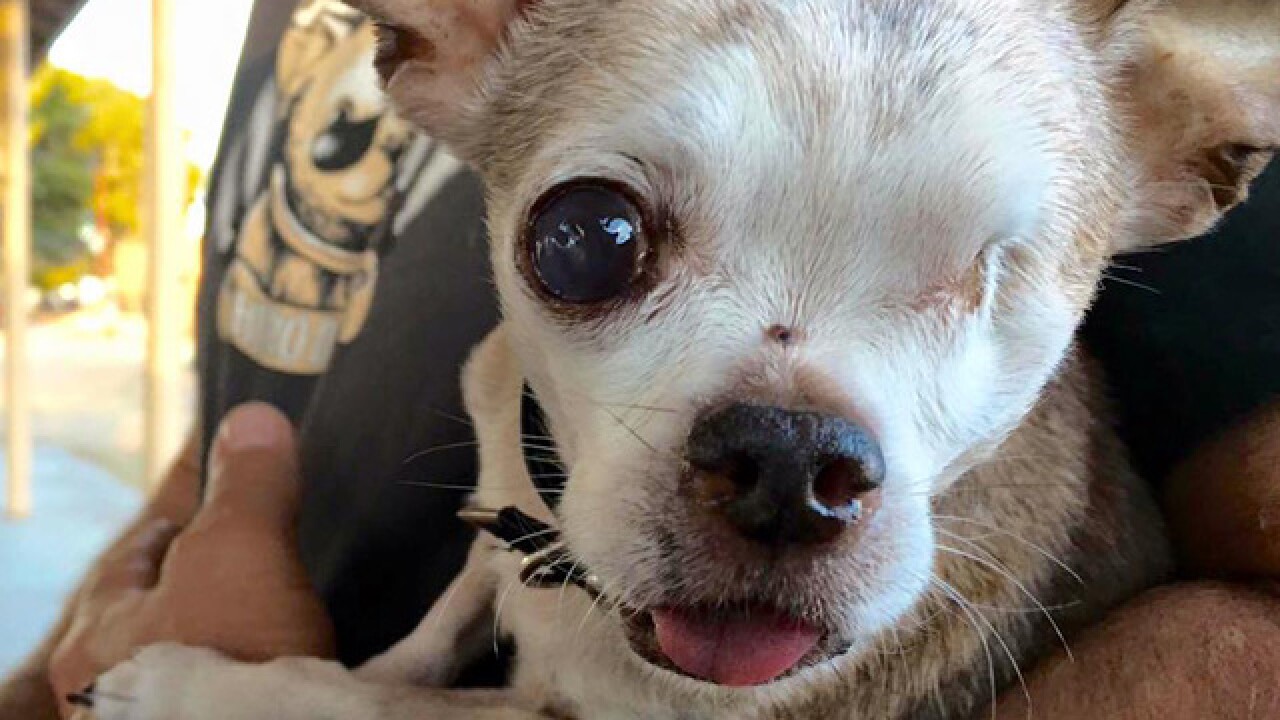 Several Colorado mascots are in the running to be the new face - err, tail -  of a Frontier plane, and a four-legged, one-eyed advocate for animals is ahead.

Harley the Chihuahua died March 20. He spent 10 years of his life living in a puppy mill, cramped into a cage. He lost an eye when the cage was power-washed. Since his rescue, Harley and his owner educated others about puppy mills, and even went to D.C. to campaign against them.

Harley is leading all other Colorado mascots in Frontier's Mascot Mania contest, the winner of which will have its face added to the tail of an Airbus 320 in the airline's fleet. The Mascot Mania contest will be decided by the people. Harley holds second place with more than 19,000 votes, at last check.

The Weimer High School Wildcat, from Texas, is the only mascot ahead of Harley, and Harley's the only "mascot" who doesn't represent a school or team.

Colorado State and CU-Boulder are close behind. The Denver Broncos and the Colorado School of Mines are in the contest too.

Fans can vote for their favorite mascot once a day. The contest runs through the end of April.

People who vote are entered to win a free Frontier flight.