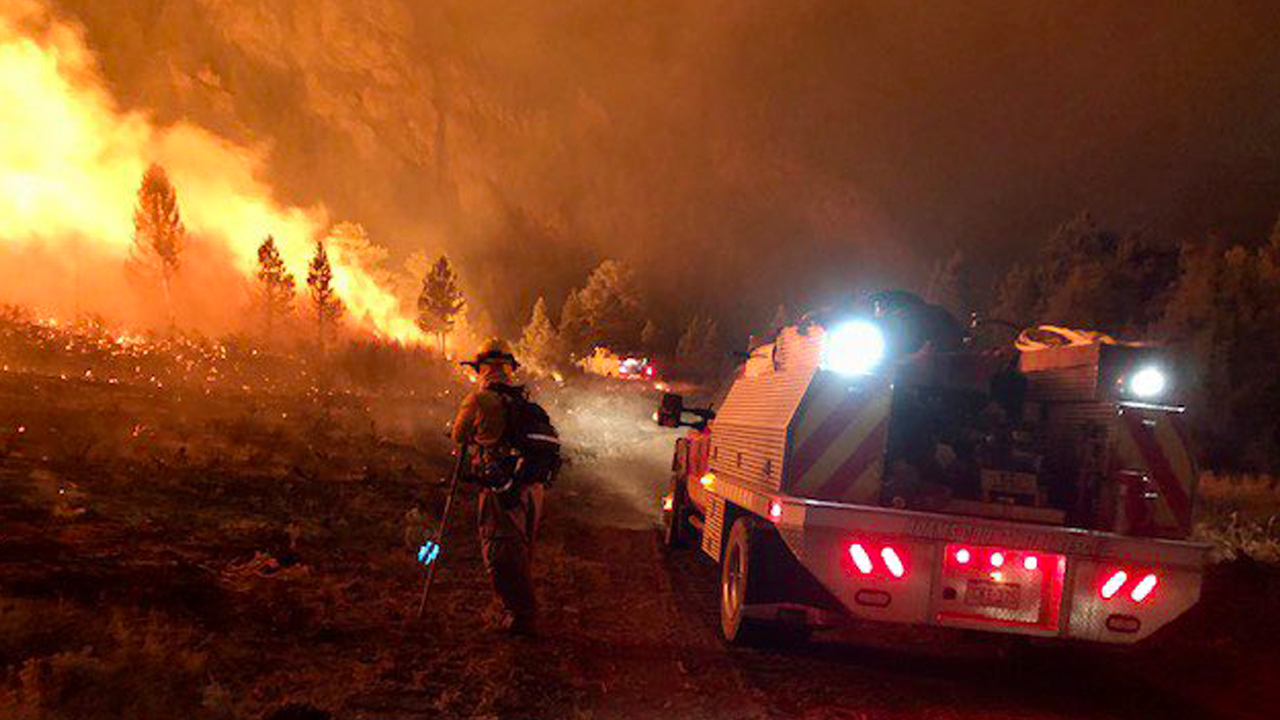 The fire burning a few miles southwest of Red Feather Lakes in Larimer County grew more than 15,000 acres from Friday and is now at 124.021 acres and only 25% contained as of Sunday morning.

A structure was confirmed damaged Friday along Highway 14 between the fish hatchery and Rustic. There is also confirmed structure damage along Manhattan Road, officials said, but it's not safe for the team to access that area now. At least 54 structures have been lost to what is now considered the state’s third largest wildfire on record.

Mandatory evacuations ordered Friday remain in place for all Glacier View filings, Red Feather Highlands subdivision and the Lady Moon area. Voluntary evacuations were issued for the Buckhorn Road area from Pennock pass to County Road 27 due to increased fire behavior. Power remains off in much of the northeast section of the fire for safety.

The Cameron Peak Fire started in Arapaho and Roosevelt National Forest near Cameron Pass and Chambers Lake on Aug. 13. Officials have not determined a cause.