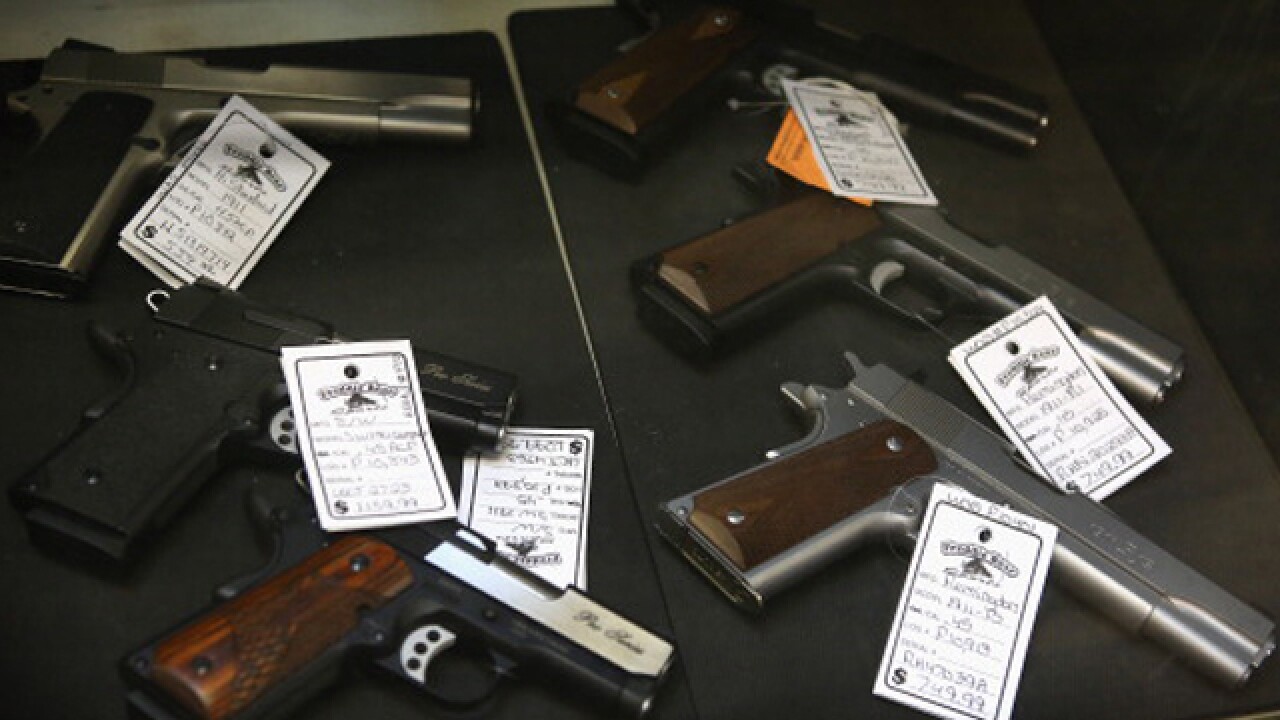 Image copyright 2012 Getty Images. All rights reserved. This material may not be published, broadcast, rewritten, or redistributed.
<p>Firearm sales have surged recently as speculation of stricter gun laws and a re-instatement of the assault weapons ban following the mass school shooting in Connecticut . (Photo by Scott Olson/Getty Images)</p>

Denver District Attorney’s Office officials hired the investigator to scan police reports, listen to 911 calls and dig into social media profiles in search of evidence of gun possession by the offenders and suspects, The Denver Post reported.

The investigator was hired in October to help enforce a 2013 law banning firearm possession from most domestic violence offenders, officials said.

The law is not routinely enforced across the state, prosecutors said.

“The problem was we didn’t have an effective way of enforcing it,” said Senior Chief Deputy District Attorney Maggie Conboy. “We can’t require people to admit that they have firearms.”

In the first 10 weeks on the job, the investigator helped confiscate more than 40 guns from 11 suspects, prosecutors said. About 185 cases a month were reviewed, officials said.

Denver is the only jurisdiction in the state with a full-time position dedicated to removing firearms from domestic violence suspects, officials said.

Prosecutors hope working with the investigator will provide ideas for implementation of the state’s new red flag law allowing law enforcement or families to ask courts to order the seizure of guns from people deemed to be a danger to themselves or others.

It is unclear how law enforcement, courts and prosecutors are expected to enforce the law, officials said.