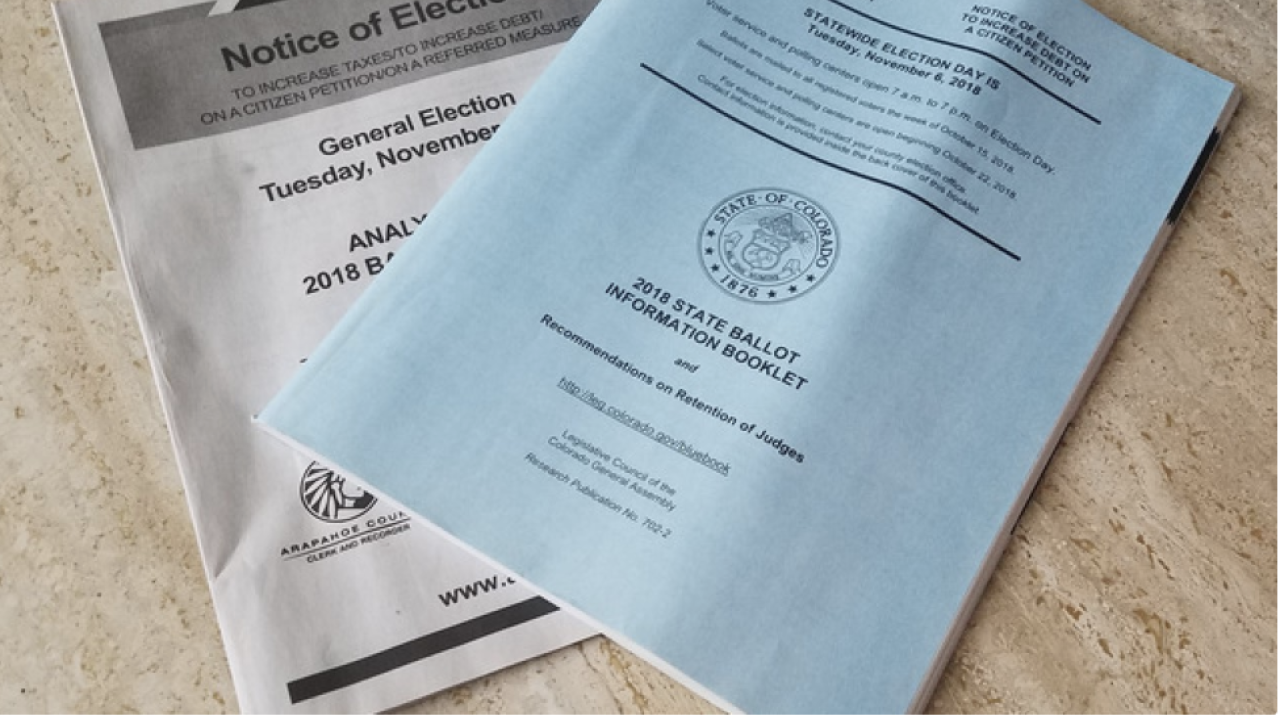 On Wednesday a group called Protect Our Homes Colorado filed an emergency restraining order against the election guide, which is also known as blue book, accusing it of unfairly representing Amendment B and claiming that the analysis the guide offers is not impartial. 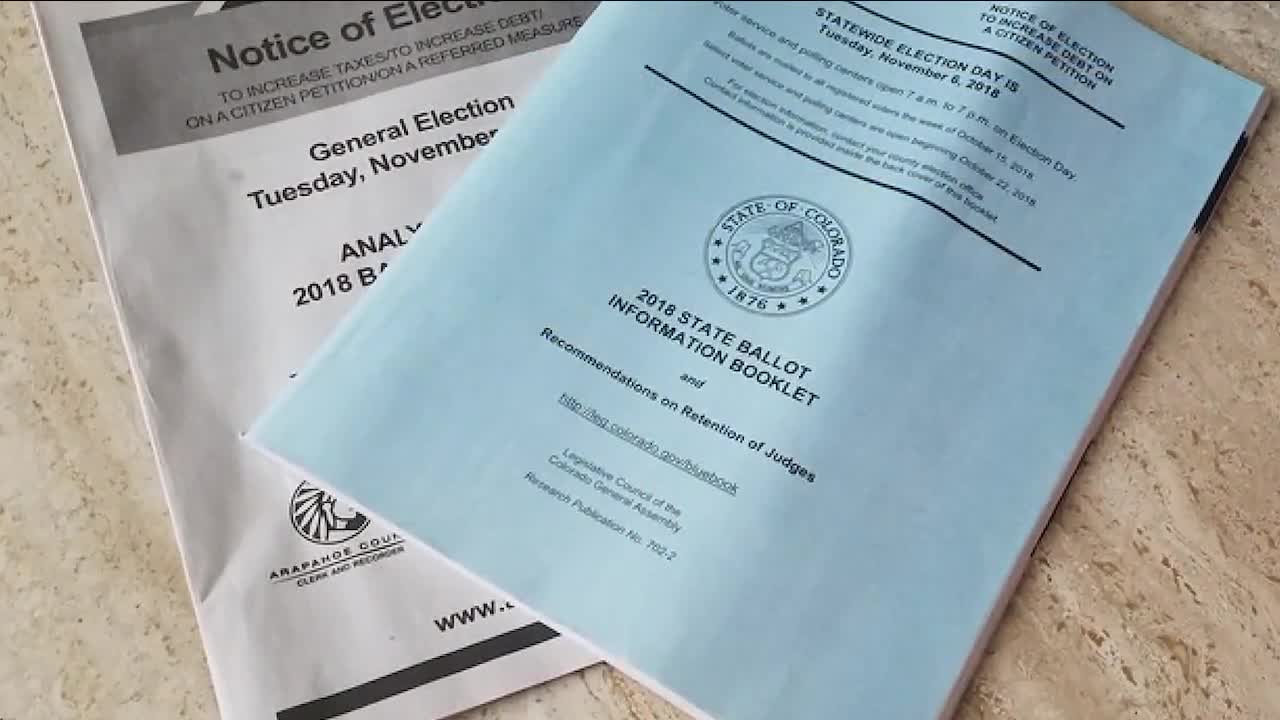 DENVER — With less than two months to go before the November election, Colorado voters will soon start to receive their ballots and an election guide in the mail.

However, on Wednesday, a group called Protect Our Homes Colorado filed an emergency restraining order against the election guide, which is also known as the blue book, accusing it of unfairly representing Amendment B and claiming that the analysis the guide offers is not impartial.

Now, a Denver district judge could determine whether the blue book needs to be revised before heading to the printer.

What is the blue book anyway and how is it crafted?

The blue book aims to help voters understand what issues appear on the ballot, the arguments for and against those issues and the potential cost associated with them.

“Blue books are there really to provide assistance with some basic understandable language so you don’t have to dig through an entire piece of legislation,” said Robert Preuhs, a professor and the chair of political science department at Metropolitan State University of Denver. “It really gives a voter the ability to understand what they’re voting on.”

Colorado is not the only state that offers these types of election guides. Numerous other areas offer it as a resource to help voters.

The state constitution mandates that the blue book needs to be sent out to voters 30 days before the election.

In order to make that deadline, this year the blue books were set to head to the printer September 10. However, the lawsuit field one day before could delay that printing.

When it comes to the language used in the blue book, the process can be lengthy. Proponents and opponents of a particular issue have a chance to weigh in, the Office of Legislative Council offers recommendations and the Legislative Council Committee (which is comprised of republican and democrat lawmakers) can offer amendments.

“Language itself is really important but it’s often difficult. We’re talking about pros and cons and which ones to highlight and which ones to emphasize and, really, part of that human endeavor of deciding how to present an argument one way or the other,” Preuhs said.

There have been times in the past where the language for the blue book has been questioned.

Currently, because of the breakdown of the Colorado legislature, there are 11 democrats and 7 republicans serving on that committee. At least four of the republicans voted against the bill that put the Gallagher Amendment repeal on the ballot.

Why is the language controversial this time around?

On Wednesday, after filing a lawsuit with the Denver district court, members of Protect Our Homes Colorado hosted a press conference to speak about their opposition to the language that was chosen for Amendment B regarding the potential repeal of the Gallagher Amendment.

The final decision for wording happened during a hearing on September 3, where several major amendments were offered and adopted, including a change to the title of the ballot question itself.

For the critics of the Gallagher repeal effort, the changes reflect an agenda to do away with the four-decade old law.

“They made wholesale changes that basically turn the blue book language on amendment be into campaign propaganda for the yes vote,” said Chad Vigoda.

Hullinghorst, who used to lead the legislative council committee, said she’s never seen the committee take this type of liberty with the blue book, which is why she is a plaintiff in the lawsuit against the changes.

“It’s the clear intent of this language to trick the average voter into believing that their vote will freeze taxes,” said Bob Hullinghorst, a former Boulder County Treasurer.

Vigoda says he would be satisfied if the language used in the blue book was reverted to the version drafted before the September 3 hearing.

“This is completely unprecedented. What these legislators did today basically amounts to putting out a mailer for the campaign to repeal Gallagher and they should have to report their efforts as an in-kind contribution,” said Michael Fields, the Executive Director of Colorado Rising State Action which opposes the repeal of the Gallagher Amendment, in a statement. “Legislators already put their hand on the scale by passing incredibly biased ballot language, and they just overruled nonpartisan legislative staff to disguise a $500 million tax increase. This system is rigged.”

Of the 18-member legislative council committee, only three republican lawmakers voted against the changes to the language

Others are defending the changes to the ballot language, calling the lawsuit a stunt

"It’s like Back to the Future. Or should I say Jurassic Park? The same Denver and Boulder politicians and lobbyists who wrote the horribly ill-conceived Gallagher Amendment four decades ago now apparently don’t want Colorado voters to know the truth about the Gallagher Amendment,” said Rep. Matt Sooper in a statement. “They don’t want voters to know that the Gallagher Amendment has imposed skyrocketing taxes on small businesses and farmers, or that if Gallagher isn’t repealed homeowners and small businesses in many parts of Colorado will see automatic local property taxes increases.”

Meanwhile, Sen. Chris Hanson described the lawsuit as a desperate and said it goes against the spirit of the bipartisan effort of the committee.

Now, it will be up to a Denver District Court judge to determine whether to take up the case and how to proceed. Ballots will start being sent out to voters on October 9 before the November 3 election.