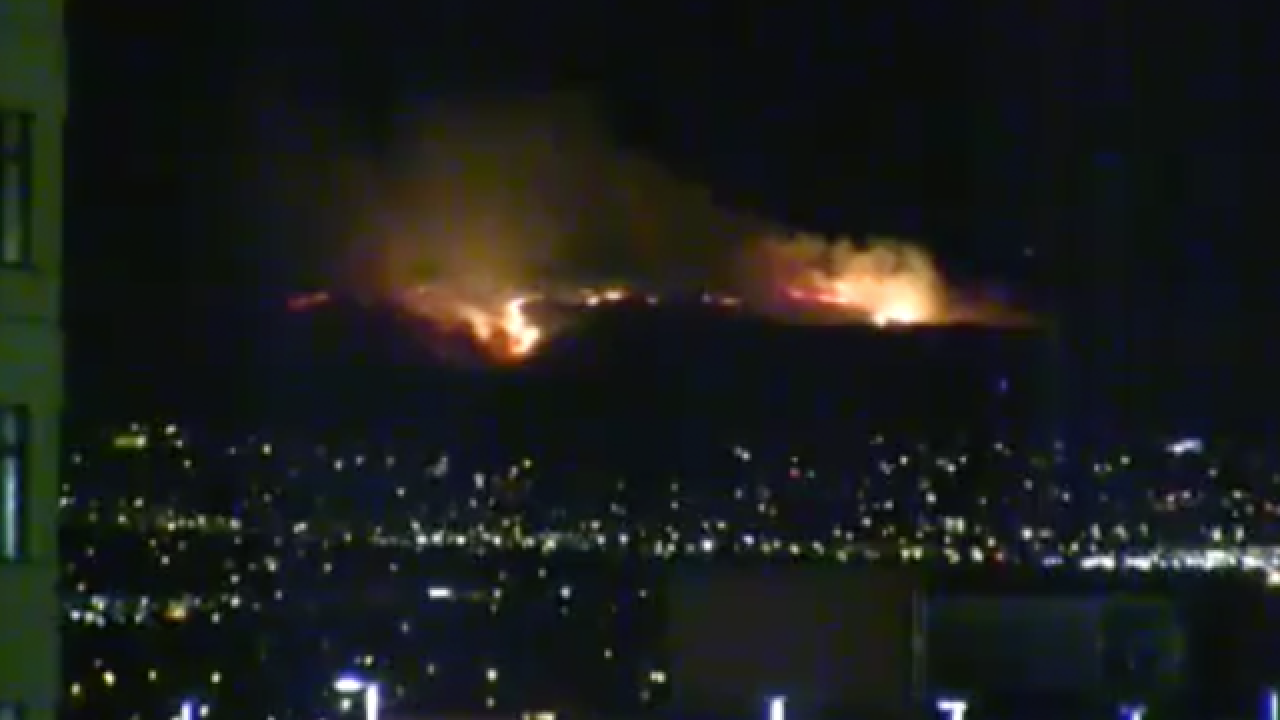 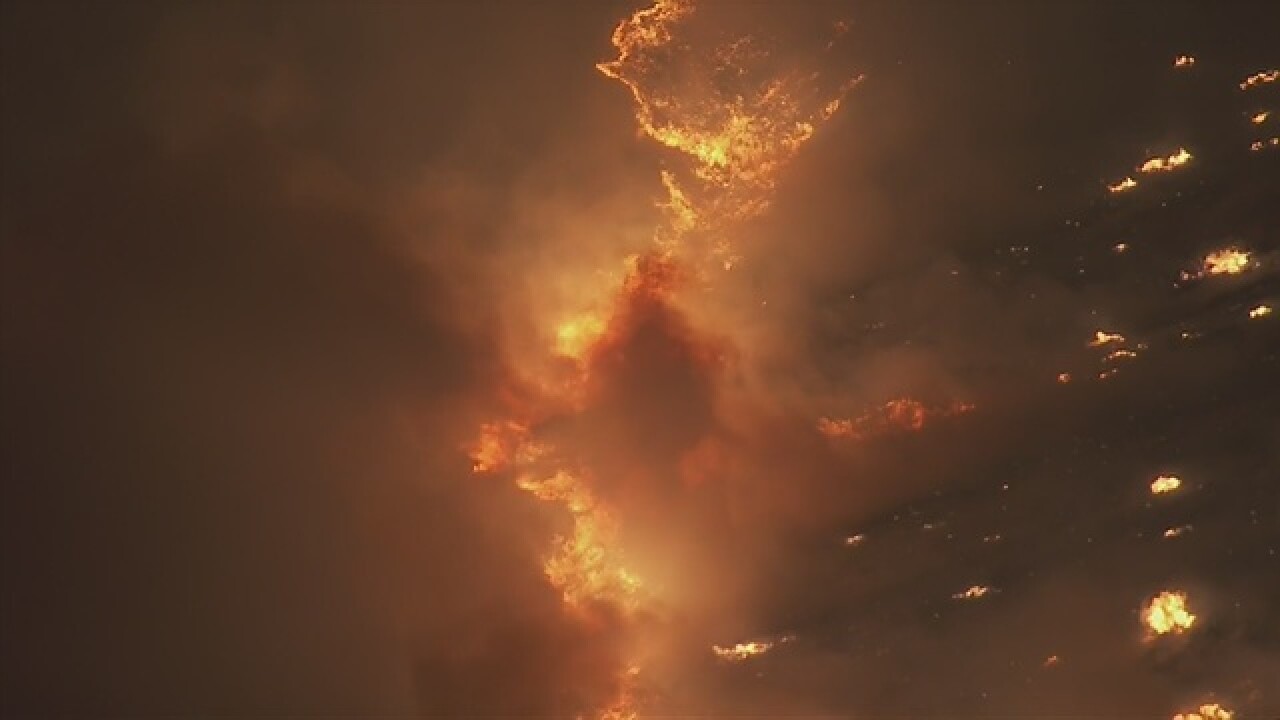 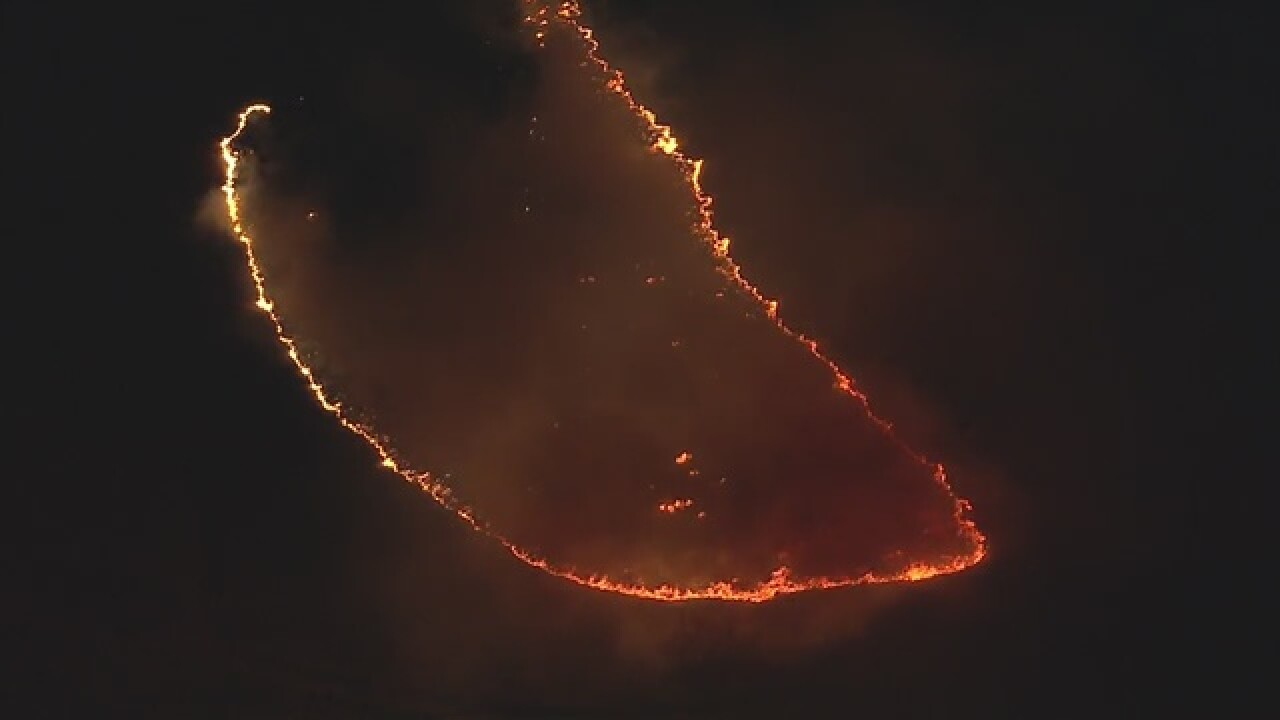 DENVER -- Evacuations were lifted Monday night after a brush fire charred more than 300 acres on Green Mountain in Jefferson County. The fire was 90 percent contained as of 10 p.m.

More than 3,000 homes were on standby for evacuations, as strong winds were blowing embers toward the neighborhood. Eventually, about a dozen homes on the east side of the fire were evacuated.

Lakewood Police were directing residents out of a neighborhood just east of the blaze at South Alkire Street and West Alameda Parkway. People living in homes on South Deframe Way, West Exposition Drive and South Devinney Way were also ordered to leave.

Jefferson County resident Lindsey Bonner was one of many who lives in the evacuation area. Lakewood Police let her into her neighborhood so she could get her two cats.

Authorities were using reverse emergency notifications to contact those in the evacuation zone. Evacuees were told to go to Creighton Middle School at 50 South Kipling Street in Lakewood.

West Metro Fire crews are trying to fully contain the blaze, which was first noticed around 5 p.m. Monday. It was initially reported as being around 4 to 6 acres but quickly grew as strong winds moved the fire east. There is no word on how the fire started. There are no reports of injuries or structures being damaged.

The smoke from the fire prompted an air quality health advisory to be issued for Denver County, eastern parts of Jefferson County and western parts of Arapahoe County. The advisory was in effect until 9 p.m.