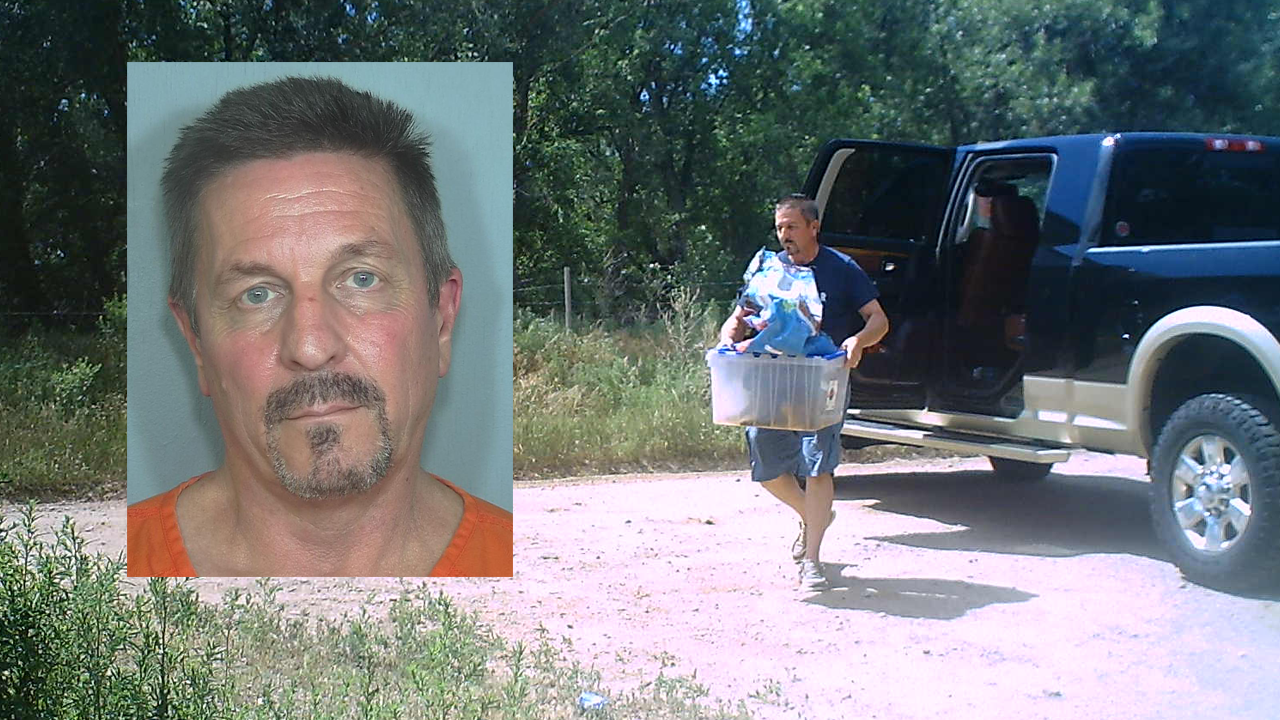 WELD COUNTY, Colo. — Two puppies left on the side of the road without food or water in sweltering heat were rescued about seven hours after they were dumped on a county road in Weld County July 11.

The man accused of dumping the two puppies was caught on a trail camera and arrested Wednesday, according to Monday release from the Weld County Sheriff’s office.

Brent Moss, 59, was booked into the Weld County Jail on suspicion of two counts of aggravated animal cruelty, a felony, and one count of littering, a misdemeanor.

Weld County investigators obtained the camera footage and traced Moss to the alleged crime from his license plate number shown on the footage.

Moss discarded the puppies about 11 a.m. last Saturday and they remained by the side of the road until they were picked up about 6 p.m. by a passing motorist, according to the sheriff’s office.

Temperatures climbed to over 95 degrees that day. At one point, one of the puppies was nearly run over by a delivery truck, the release read.

The sheriff’s office said Moss admitted to abandoning the puppies during an interview with deputies prior to his arrest. He agreed with deputies that the puppies likely would have died had a good Samaritan not driven by and saved them.