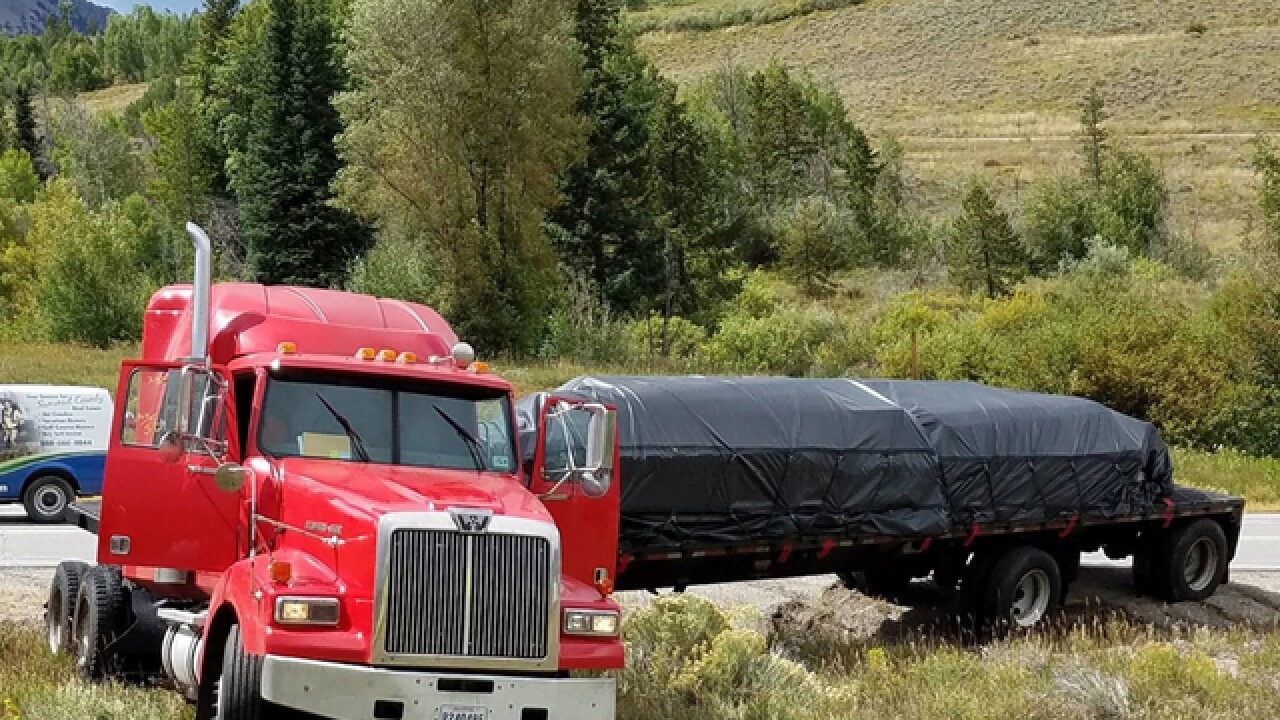 By: Robert Garrison
Posted at 4:26 PM, Aug 30, 2016
SUMMIT COUNTY, Colo. -- There were no injuries after a semi-tractor trailer lost control on westbound Interstate 70 and plowed into another car in Summit County Tuesday.
Lake Dillon Fire-Rescue tweeted that driver of the semi apparently lost its brakes coming down the Eisenhower Tunnel. The truck may have reached speeds of 90 mph.
The truck was finally stopped by gravity as it made its way up an incline from Silverthorne toward Frisco, but not before hitting another vehicle on the interstate. No one was injured.
Crews put out a small fire in the truck's wheels and tires from the overheated brakes. The truck was hauling sheet metal. The name of the company that owns the truck is not known.
Copyright 2016 Scripps Media, Inc. All rights reserved. This material may not be published, broadcast, rewritten, or redistributed.