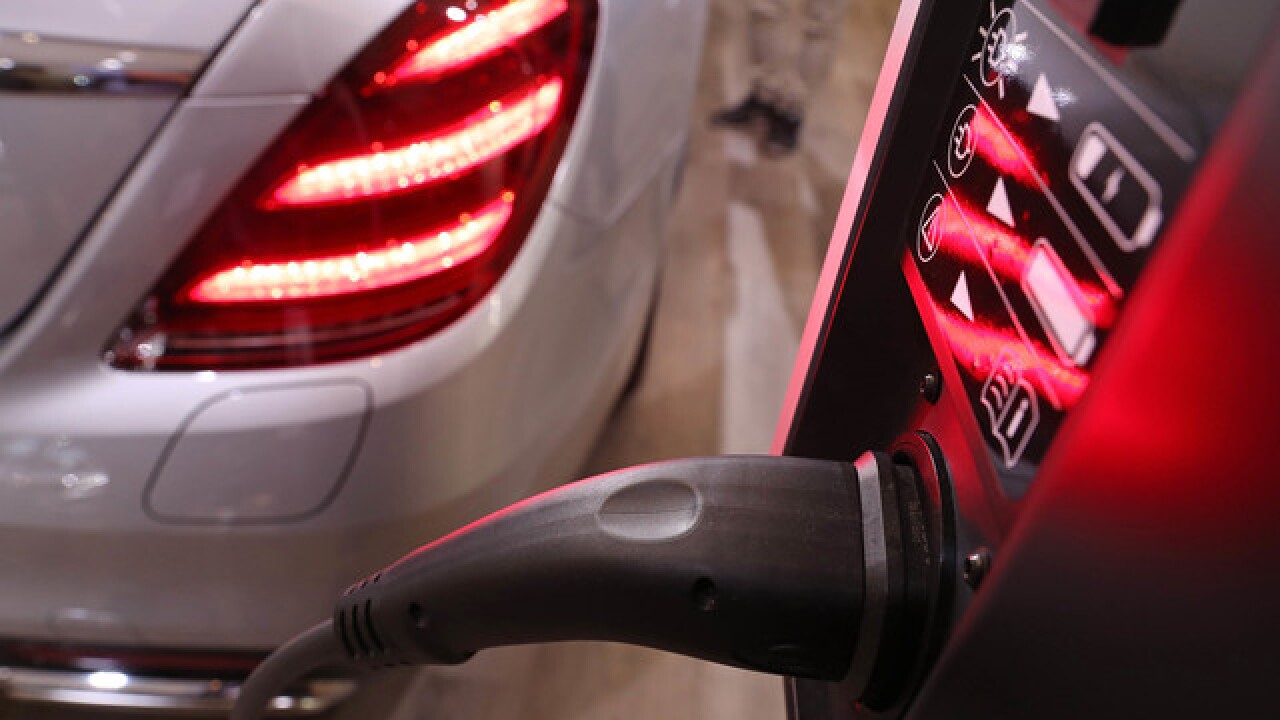 Image copyright 2018 Getty Images. All rights reserved. This material may not be published, broadcast, rewritten, or redistributed.
Sean Gallup
<p>FRANKFURT AM MAIN, GERMANY - SEPTEMBER 13: The new Mercedes-Benz S560e plug-in hybrid car stands next to a charging station at the 2017 Frankfurt Auto Show on September 13, 2017 in Frankfurt am Main, Germany. The Frankfurt Auto Show is taking place during a turbulent period for the auto industry. Leading companies have been rocked by the self-inflicted diesel emissions scandal. At the same time the industry is on the verge of a new era as automakers commit themselves more and more to a future that will one day be dominated by electric cars. (Photo by Sean Gallup/Getty Images)</p>

DENVER — The Colorado governor announced that a $10.33 million grant had been awarded to a company to build 33 electric vehicle stations around the state.

Gov. John Hickenlooper announced the ALT Fuels Colorado grant, which comes out of the Colorado Energy Office, on Thursday.

The fast-charging stations, built by the company ChargePoint, are planned for various communities across six Colorado corridors of interstates and state and U.S. highways.

The funding for these stations stems from the settlement with Volkswagen after the company was caught selling vehicles with emission-cheating software, which allowed cars to exceed emission limits and pollute the air in the state.

“Colorado is strategically using the money we got after Volkswagen’s misleadingly dirty cars emitted pollutants by as much as 40 times over the legal limit,” said Danny Katz, director of Colorado Public Interest Research Group Foundation. “The 33 electric vehicle charging stations will be built along critical corridors and important junctures, eliminating a common barrier to electric vehicle ownership: not knowing if there will be a place to charge when you travel farther from your home.”

A total of $68 million from Volkswagen’s settlement will go to Colorado.

The state plans to invest the money to create more electric vehicle charging stations and clean up buses and diesel equipment.

“Investing in electric vehicle infrastructure is exactly how the VW emissions cheating money should be used," Katz said. "Electric vehicles put us on a path to a zero-emission transportation future."