Man paralyzed after officer rolled him from SUV 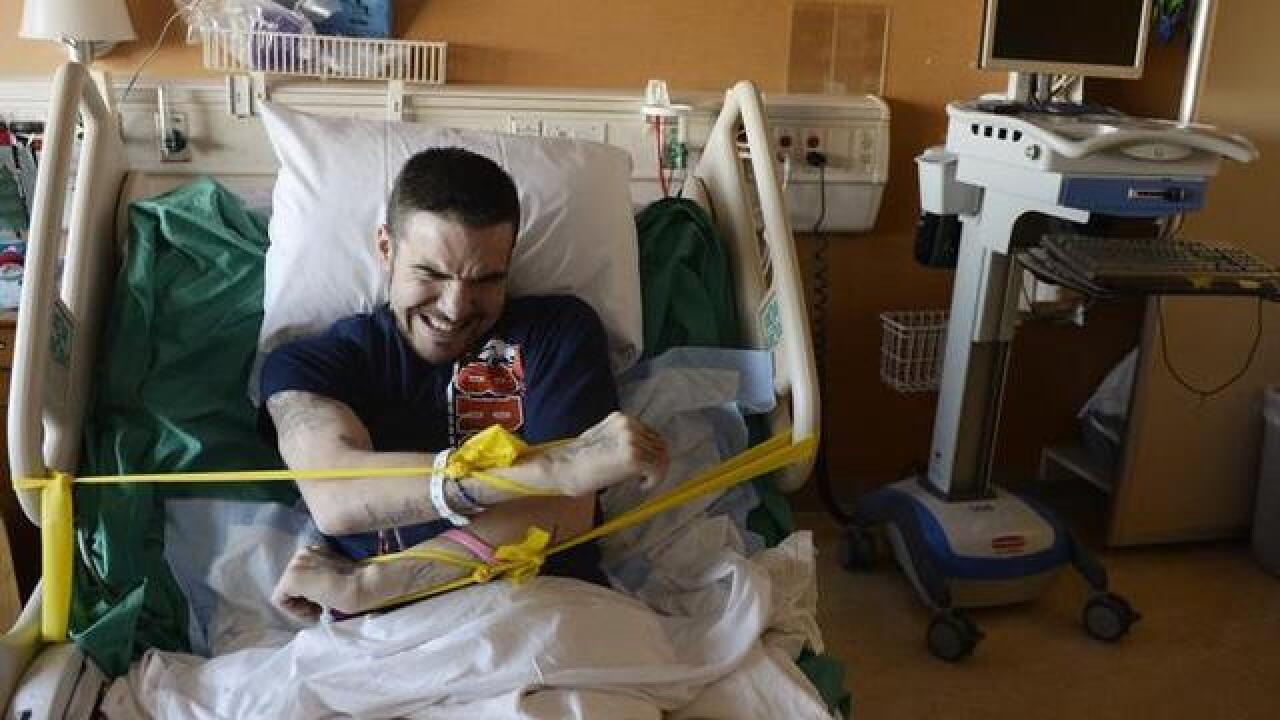 Cyrus McCrimmon
<p>AURORA, CO - JANUARY 28: Donovan Duran has been hospitalized since a police altercation in La Junta, CO in December 2015 that left him paralyzed from the chest down. La Junta Police responded to a call that Duran was drinking, they picked him up, took him to detox at a hospital and they allegedly attacked him as he was getting out of the police car breaking his spine. He was never charged with anything. He said, "I'm glad I'm not dead." (Photo by Cyrus McCrimmon/ The Denver Post)</p>

A grand jury determined that a man who was paralyzed after being taken into custody by La Junta police was injured when an officer rolled him out of a department SUV onto his head.

The Denver Post reports police picked up 25-year-old aspiring mixed martial arts fighter Donovan Duran for being drunk in public Dec. 7. He was handcuffed when he hit the pavement outside a hospital, crushing his spinal cord. The grand jury report released Thursday says two officers then dragged Duran toward the hospital's entrance and placed him slumped forward in a wheelchair.

The Otero County grand jury declined to charge the officers, saying that while one of them was responsible for Duran's injuries when he brought him to the ground, it "cannot be the basis of any criminal charges."