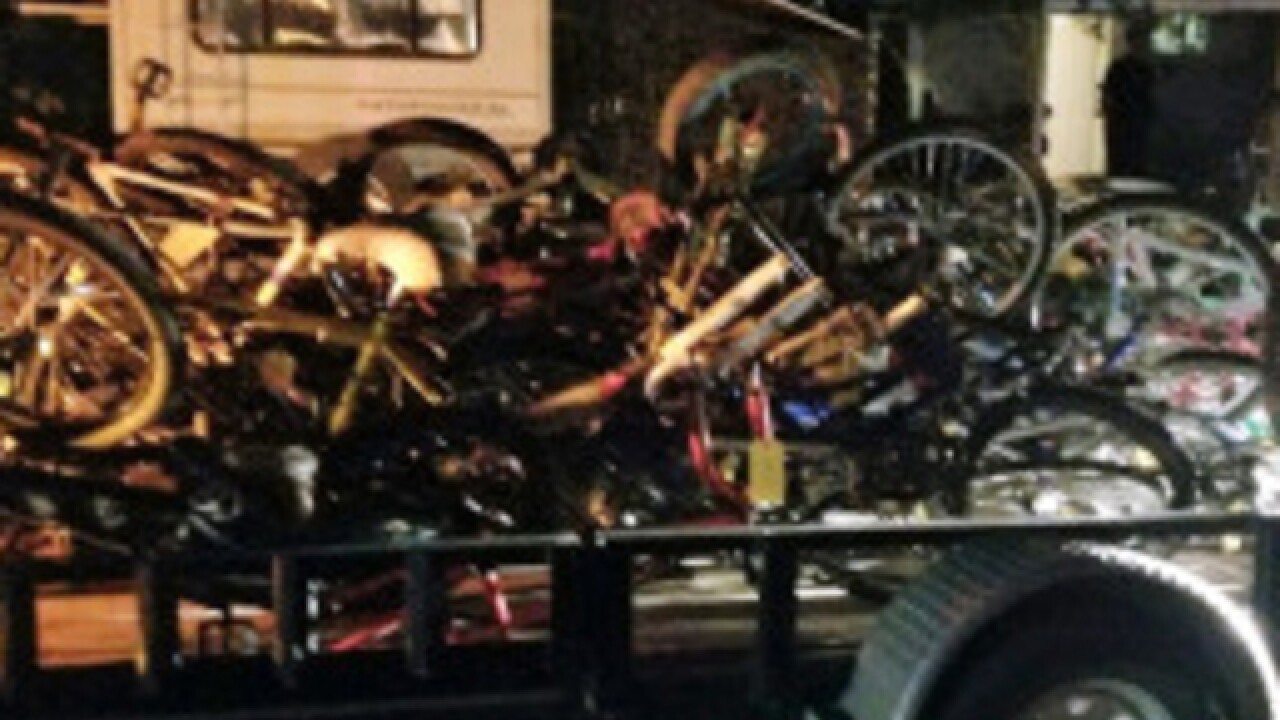 GRAND JUNCTION, Colo. — A "bait bike" equipped with a GPS led police to recover 80 bicycles, some of which were confirmed stolen, and seven arrests.

Early Wednesday morning, Grand Junction police responded to a home on the 1400 block of Houston Avenue after receiving a report of a theft in progress, according to a press release.

Due to a high number of thefts in the area, officers had previously locked a "bait bike," or a bicycle equipped with a GPS tracking device, to a bike rack in that same area on Houston Avenue. The bicycle is valued at $4,000.

Officers reviewed surveillance video and saw a white man in tan clothing and a neon green backpack approach the "bait bike, cut the lock and ride away. A woman was also captured on video in the same area. Police recognized both of them from prior contacts, according to the press release.

Police started to search the area for the suspects and found the woman in front of a residence on the 1800 block of N. 15th Street. The garage was open at the home and a neon green backpack and the seat from the stolen "bait bike" were plainly in sight.

Based on their investigation, the officers obtained a search warrant for the residence and found 80 bike frames and a large amount of disassembled bike parts, according to the press release. Some of the frames were confirmed as stolen.

The investigation ended up with seven arrest subjects:

Additional charges and arrests are possible as the investigation unfolds, the department said. Detectives are working to connect the recovered bikes to their owners.

The Grand Junction Police Department encourages anybody who’s had their bicycle stolen in the last two years, and hasn’t reported it already, to do so. To file a report, click here click here.