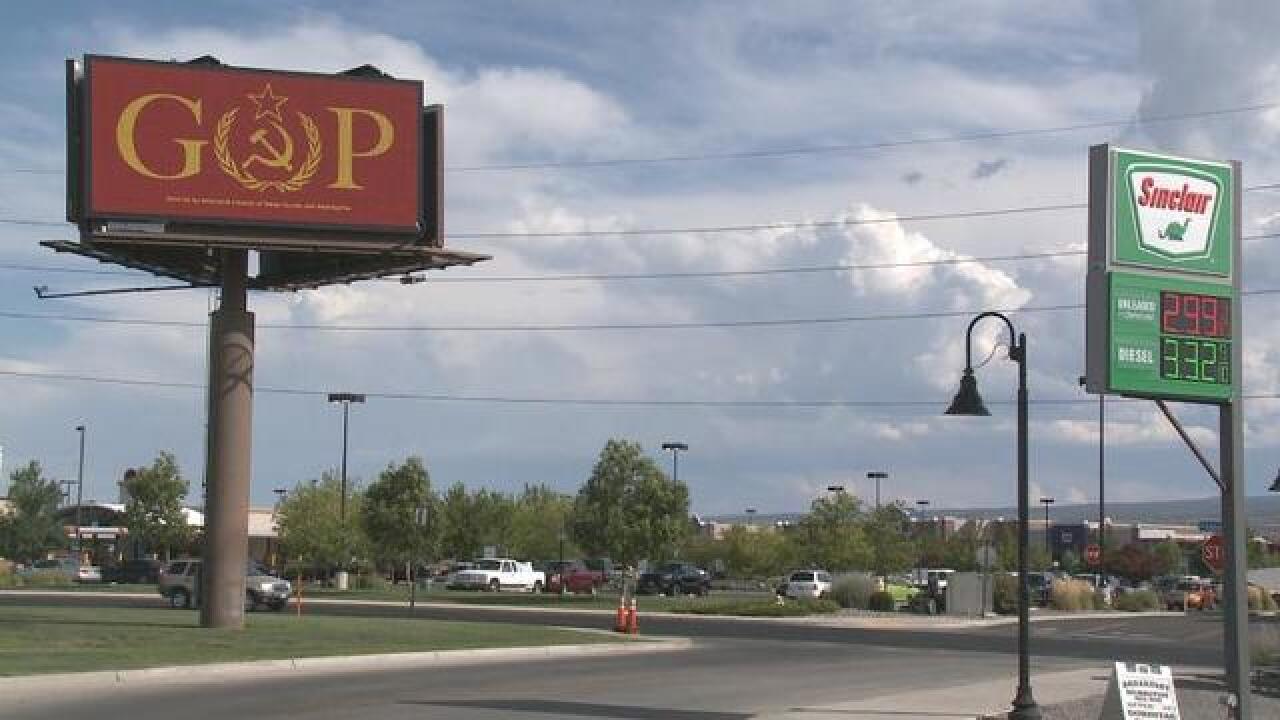 KJCT
<p>A new billboard in Grand Junction is turning heads with its use of communist symbolism from the former Soviet Union alongside the nickname of the Republican party.</p>

GRAND JUNCTION, Colo. – A new billboard in Grand Junction is turning heads with its use of communist symbolism from the former Soviet Union alongside the nickname of the Republican party.

The billboard along Highway 6 features the letters “GOP” in yellow on a red background but the “O” is replaced with a hammer and sickle. The hammer and sickle were part of the flag of the Union of Soviet Socialist Republics, now the Russian Federation.

Anne Landman, who paid for the billboard, told KJCT-TV that she wanted to send a message about President Donald Trump’s recent meeting with Russian President Vladimir Putin and the resulting news conference, which drew widespread criticism due to Trump’s refusal to hold Putin to account for meddling in the 2016 election.

"The Republican party is now the party of Putin and Russia and siding with them against the U.S.," Landman said. "Drawing attention to this disastrous summit in Helsinki between Trump and Putin and how outraged we all were.”

Local Republicans, for their part, don’t seem fazed by the message.

"Right now, it's more humorous than anything and more power to them,” said Andrew Weber, vice chair of the Mesa County Republican Party. "I think the party is strong and more active than we've ever been.”

Landman said she plans to keep the billboard up as long as possible.