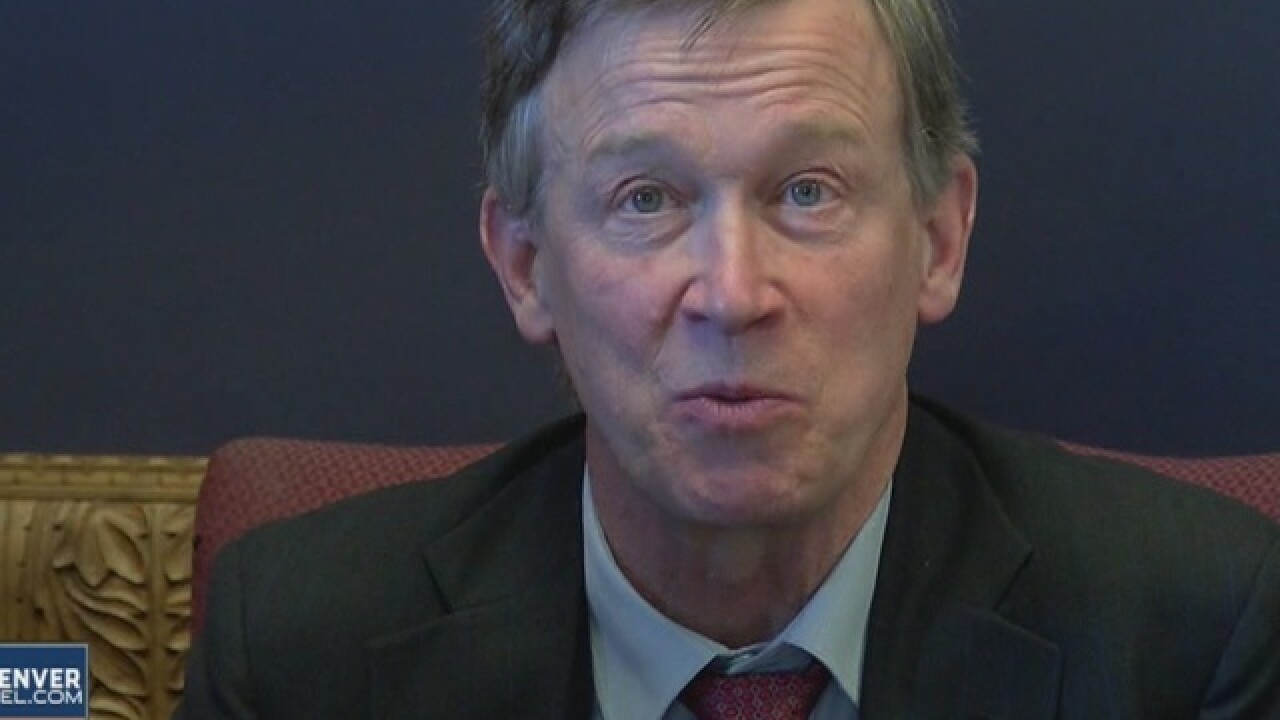 Hickenlooper was in a car that departed Clinton's Washington home Friday afternoon.

The Democratic governor declined to comment on his visit.

Other candidates Clinton is known to be vetting are Virginia Sen. Tim Kaine and Housing and Urban Development Secretary Julian Castro.

A person who spoke on condition of anonymity to discuss internal matters said earlier that Clinton was holding meetings Friday about her running mate selection.