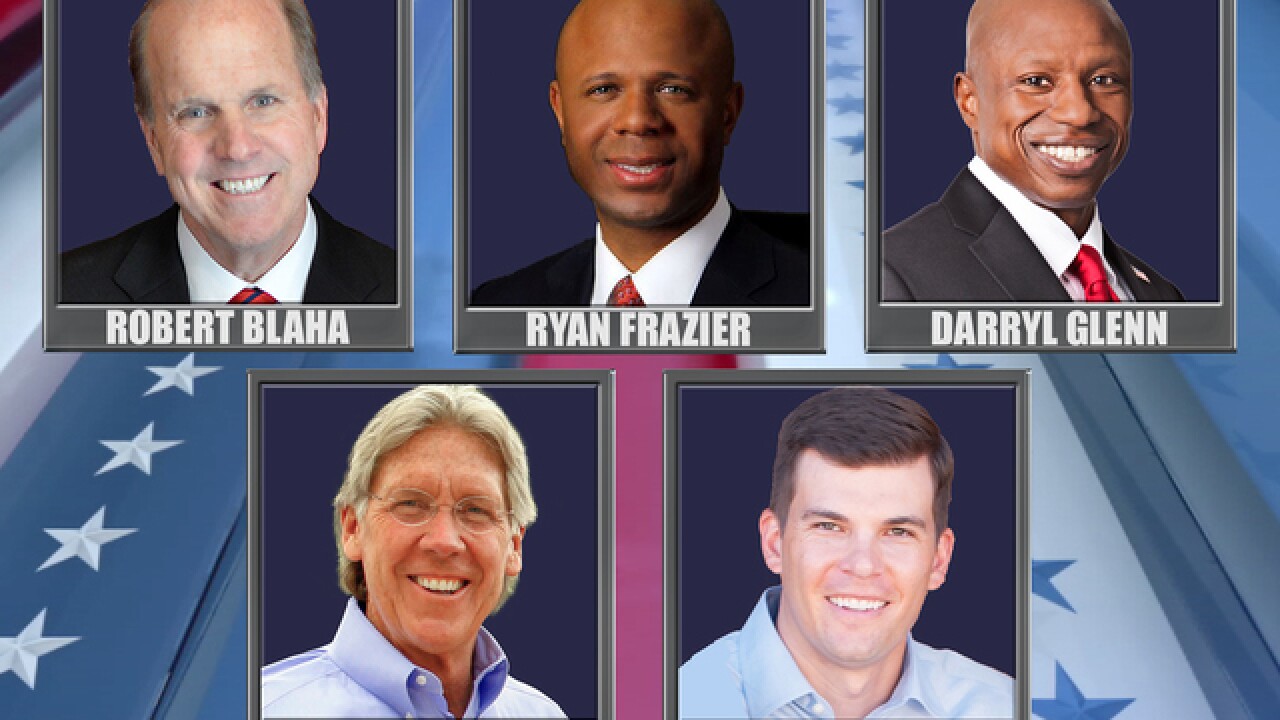 Tuesday is the last day for voters to turn in their ballots in the five-way Republican Senate primary to determine who will take on Democratic Sen. Michael Bennet in the fall.
As of Tuesday morning, just over 27 percent of GOP voters had voted by mail-in ballot. To be counted, the ballots must dropped off by 7 p.m. Tuesday at ballot drop boxes or voting centers. Unaffiliated voters can still participate if they register with a party before then.
The Senate race is the only statewide contest, but there are a number of contested races for congress, the state legislature and district attorney's offices around the state. The three-way Democratic race for the Denver District Attorney's seat is one of those being closely watched because there are not any other declared candidates, so whoever wins the primary will likely be sworn in after the first of the year.
Denver7 & TheDenverChannel.com will have your election results after the polls close tonight at 7 p.m.
Copyright 2016 Scripps Media, Inc. The Associated Press contributed to this report. All rights reserved. This material may not be published, broadcast, rewritten, or redistributed.