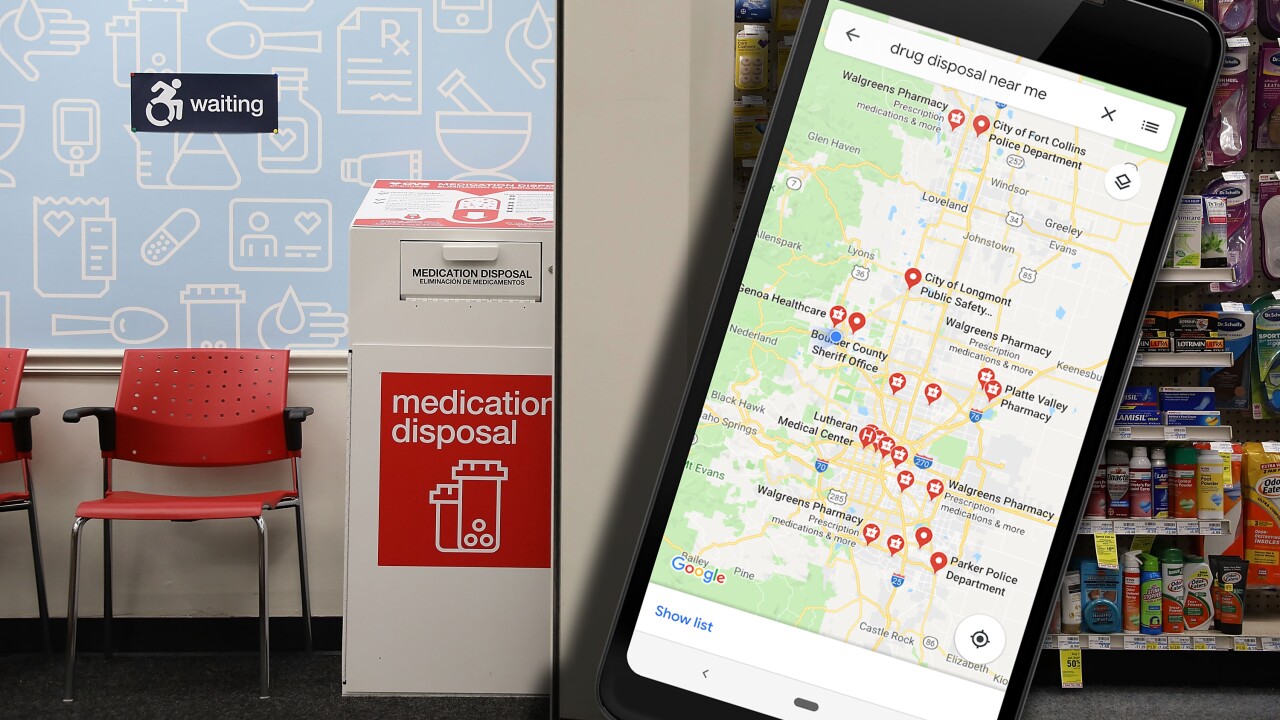 Google Maps is focusing on a new initiative to combat the opioid crisis in seven states, including Colorado, the company announced Thursday morning.

Google teamed up with Drug Enforcement Administration, Health and Human Services, CVS, Walgreens and state governments to highlight local drug disposal locations in Google Maps. This brand new effort will allow users to type in phrases like “drug drop off near me” or “medication disposal near me” and Google Maps will display the nearby disposal sites. This will help people quickly and safely discard unneeded medication.

Google Maps rolled out a pilot program for this initiative in 3,500 locations across Alabama, Arizona, Colorado, Iowa, Massachusetts, Michigan and Pennsylvania.

The leaders of this new program are looking at public health authorities for more ideas on how technology can help communities better respond to the opioid crisis.

After the launch of the pilot program, Google Maps staff will continue to work with the DEA to incorporate additional disposal locations.

Every day, more than 130 people in the United States die from an opioid overdose. An opioid addiction can form after just five days of use and about half of prescription drug abuse cases begin with drugs obtained from family and friends.

In 2017, the HHS declared that the opioid crisis had become a public health emergency, with more than 130 people dying every day from opioid-related drug overdoses.

Google Maps said this is why it wants to help people get rid of those leftover medications.

"By bringing opioid disposal site information to Google Maps, Americans are only a search away from helping to address the opioid crisis,” said Ed Simcox, HHS Chief Technology Officer. “This type of consumer empowerment — providing easily accessible data — is the kind of innovation needed to improve healthcare."

To learn more about how your state or business can bring more disposal locations to Google Maps, email RXdisposal-data@google.com.