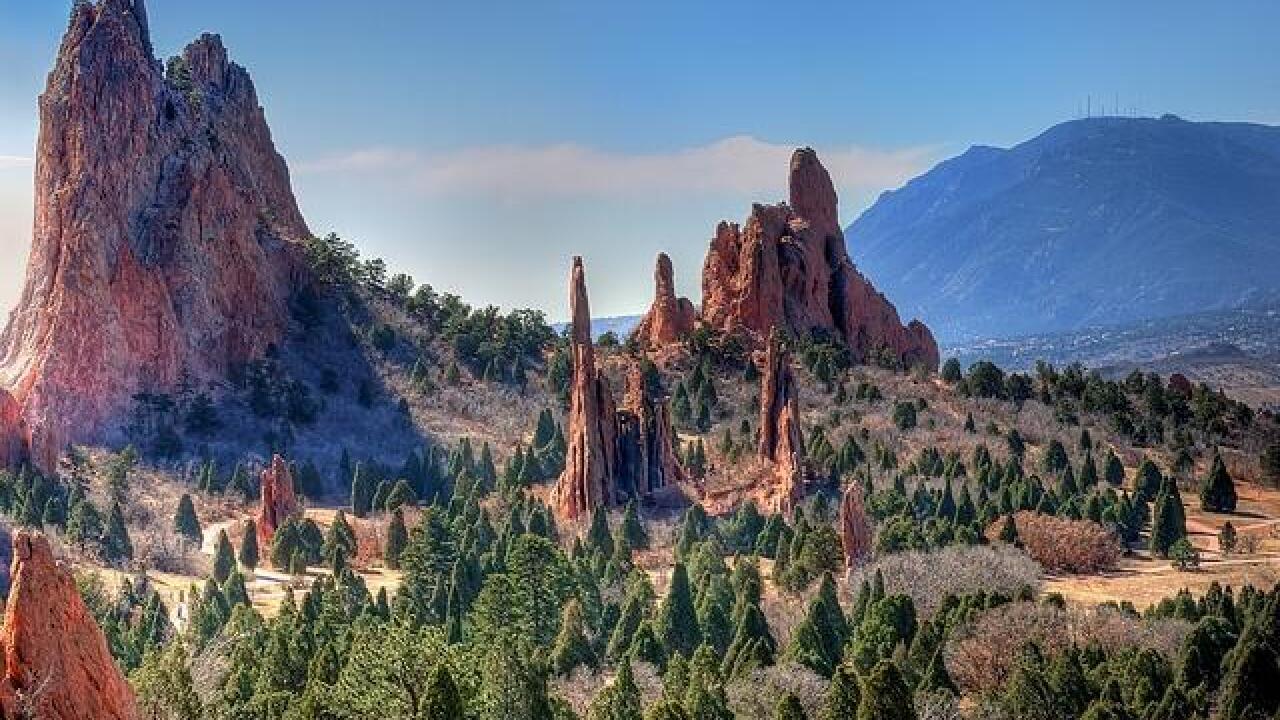 Copyright 2018 Scripps Media, Inc. All rights reserved. This material may not be published, broadcast, rewritten, or redistributed.
Steve Barge
Garden Of The Gods

Last summer, hikers with bizarre backpacks could be seen trekking the trails in the Garden of the Gods, climbing stairs at Red Rocks Amphitheatre and peering at the gorillas in the Denver Zoo. Now we know why.

Google Maps sent the wanderers to places where no Google Street View car has gone before. On Tuesday, more than 30 virtual off-street tours of Colorado hiking trails and tourist attractions go live online, with much of the physical work done by employees of Visit Denver and Visit Estes Park, the city visitor bureaus.

Google's Street View maps, which rolled out around 2007, let people remotely see what it's like to walk down actual streets. Using cameras atop cars to capture a 360-degree view of driving down the street, Google's process takes those images and stitches them together so people online are immersed in a scene. They can turn left, right or look behind to see what one would see if driving down the street.

(PHOTO: Justin Bresler of Visit Denver, above, walks with the Google device at the Wild Animal Sanctuary in Keenesburg, Colo. Provided by Visit Denver)

But in places where cars aren't allowed, Google started its Trekker Loan Program in 2012. The Grand Canyon was one of the first locations to get a street-view tour. There, the Google Maps team snapped 9,500 images of the national park to map out 75 miles of hikes, according to a 2013 story by Wired magazine.

Google, which has a large office in Boulder, wanted to do something in Colorado, Cadrecha said. Last summer, it reached out to local visitor agencies. While Google's own team handled the Flatirons, volunteers from Estes Park and Denver visitor bureaus did the hikes using "the Trekker."

Some of the locations include the Estes Park Riverwalk, Lily Lake Trail in Rocky Mountain National Park, Red Rocks Amphitheatre and the Wild Animal Sanctuary in Keenesburg.

Read more and see the full list of destinations in the report by our partners at The Denver Post.