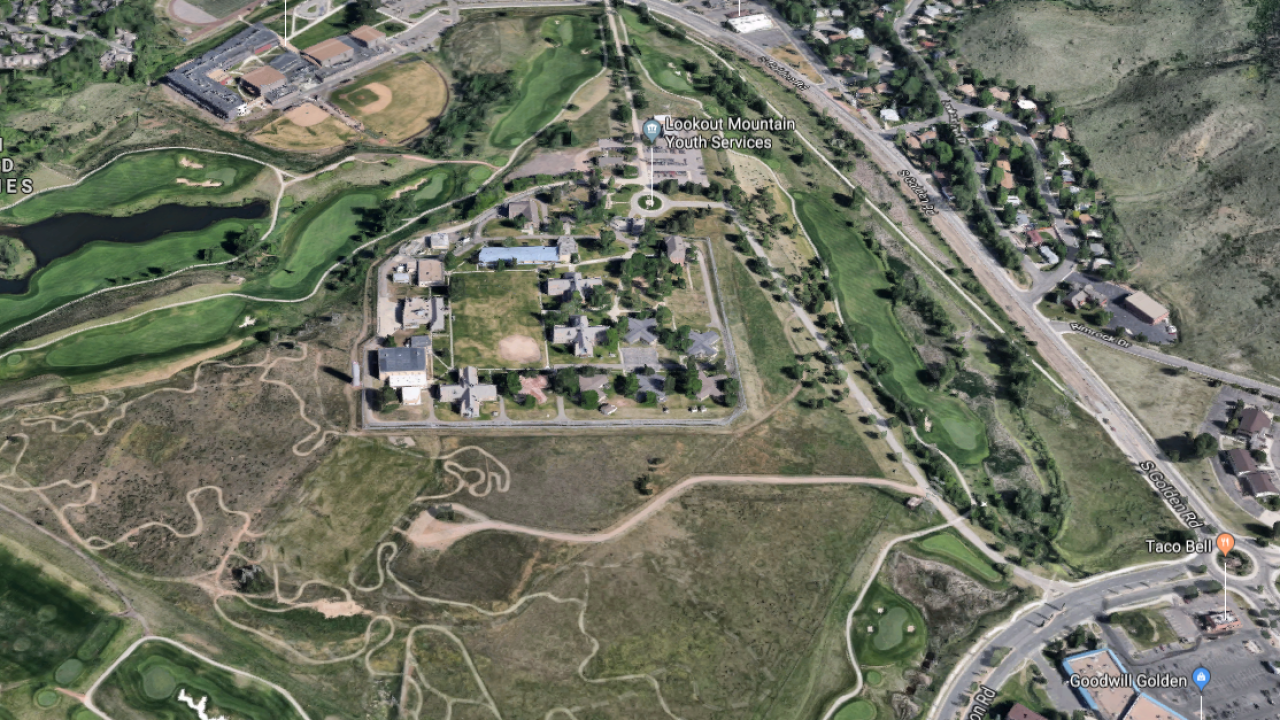 Google Maps
Golden police are actively investigating what led to a riot that broke out Wednesday night at the Lookout Mountain Youth Services Center.

GOLDEN, Colo. — Golden police are actively investigating what led to a riot that broke out Wednesday night at the Lookout Mountain Youth Services Center.

Police determined that eight juveniles were involved in the riot, which occurred just before 6 p.m. in a housing unit.

Nineteen staff members intervened and 10 were injured — six had minor injuries and four were transported to a hospital, though nobody had serious injuries, police said.

Four of the juveniles had minor injuries.

The facility was put on lockdown Wednesday evening.

Golden police and investigators from the First Judicial District Attorney’s Office and the Jefferson County Sheriff’s Office are working to piece together what happened. Authorities will talk with staff members throughout the next few days and investigators will sort through hours of surveillance footage to understand the circumstances, police said.

Once that is complete, charges may be filed.