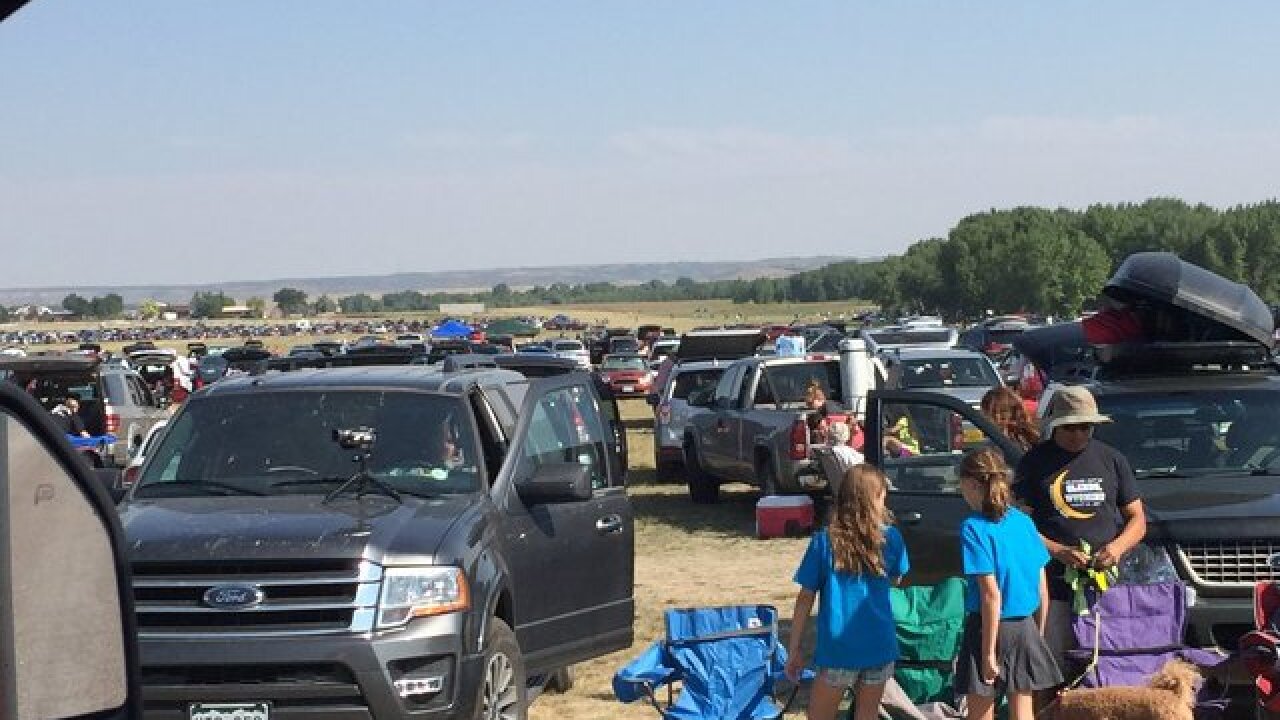 Copyright 2017 Scripps Media, Inc. All rights reserved. This material may not be published, broadcast, rewritten, or redistributed.
<p>Thousands of people flocked to the tiny town of Glendo, Wyoming to view the total solar eclipse.</p>

GLENDO, Wyo. – The tiny town of Glendo, Wyoming is asking for donations to help pay for expenses it incurred during the total solar eclipse earlier this month.

Glendo is home to just over 200 people but on Aug. 21, its population swelled to about 100,000 as people arrived to watch the eclipse.

The town spent about $40,000 on port-a-potties, dumpsters, mowing and other items. So far, Glendo has raised about $24,000 toward that through a GoFundMe site as well as checks and other donations, but they still need about $16,000.

To donate, head over to GoFundMe.com.