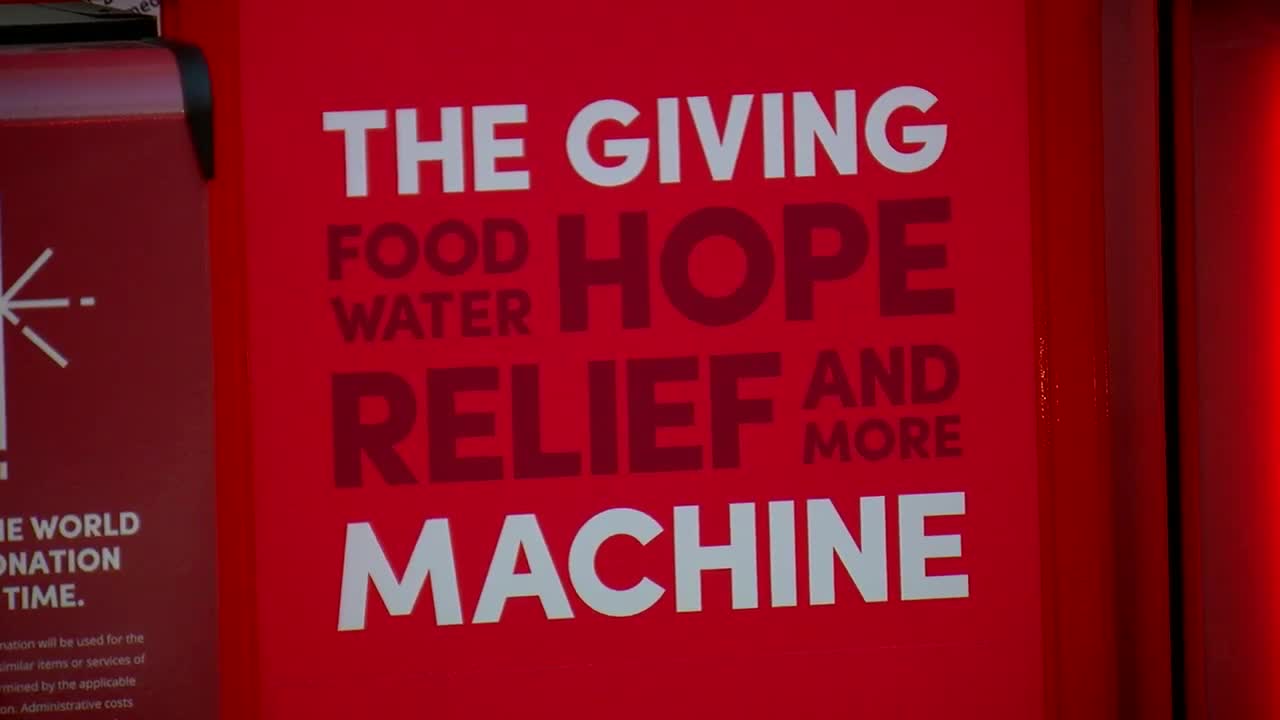 DENVER — It has been a successful holiday season for the Giving Machines located in downtown Denver.

They look like vending machines; you swipe your credit card, look through the glass to pick an item; and then you choose. But it’s not candy or a toy you’re choosing -- it's a donation to a charity.

The machines were placed at the 16h Street Mall in early December.

The “items” inside can be purchased for a few dollars or a few hundred dollars, and include a blanket for the homeless, three meals for the hungry, a bar of soap, 10 days of groceries, three chickens, or more.

The idea came from the Church of Jesus Christ of Latter-day Saints. Craig McIlroy, with the church, says this was a test-run in Denver and the city passed with flying colors — tripling the expected donations.

“It’s really a reminder of what a giving city Denver is,” McIlroy says.

Six nonprofits were chosen to be the recipients of the Giving Machines donations:

Eleanor Allen is the CEO at Water for People, which provides water and sanitation services around the world to those who do not have them. She says her group will be receiving around $180,000.

“That’s enough to provide full services to a community of 3,000 people forever. So it’s a big deal,” Allen says.

Donations sizes can range from $3-$300. Organizers say they received about 24,000 donations.

Fifty-thousand dollars of those donations will be going to the Rose Andom Center, giving shelter and services to domestic violence victims.

“Participating in the giving machines has been such a great opportunity and really helps us have some financial security,” says Margaret Abrams, Executive Director, Rose Andom Center.

The machines will be removed Friday morning and will be taking donations until then.