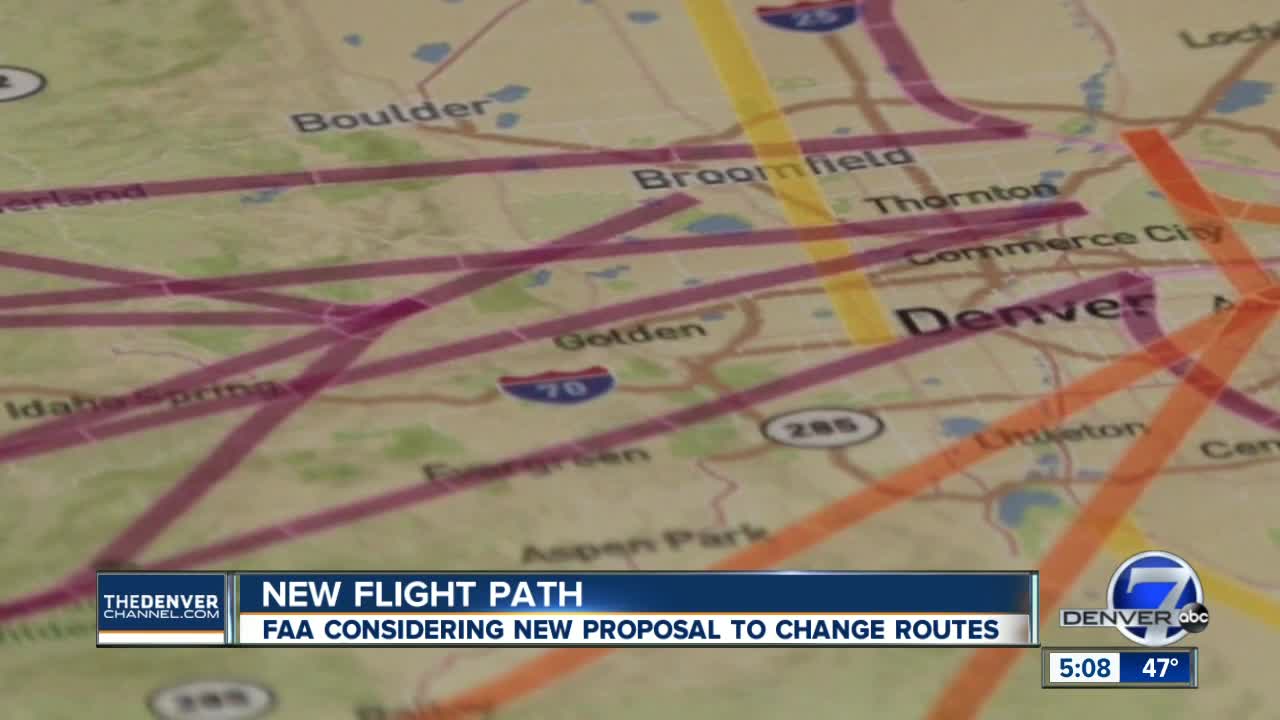 BLACK HAWK, Colo. — Four years ago, Donna Parman and her husband, Bruce Parman, moved to Gilpin County in search of a different pace of life.

Since last summer, Donna says she has already noticed an increase in planes flying over her home. She tracks some of them from her balcony.

The new Federal Aviation Administration's flight path would concentrate the flights coming into and out of Colorado. At first, the revised flight path was set to be over Boulder, but multiple people in the city supported efforts to move the flight path farther south. In the FAA's final plan, the path is set to go over Gilpin County.

Gilpin County Commissioner Gail Watson says the FAA has denied all of the county's requests to visit.

"If the FAA had come to Gilpin County, we would have had more than one member of the Gilpin public say, 'Don’t do that.'"

She says hundreds of community members have voiced their concerns to her during public meetings.

Watson said the change will impact her family's way of life and take away the peace and quiet they were searching for by moving to the mountains in the first place.

Meanwhile, Donna Parman says she and the hundreds of neighbors who are speaking out against the FAA's plan will not give up.

"We want to win; we want to stop this. It’s our future. We want Gilpin County to be what it is: peaceful, quiet and beautiful."