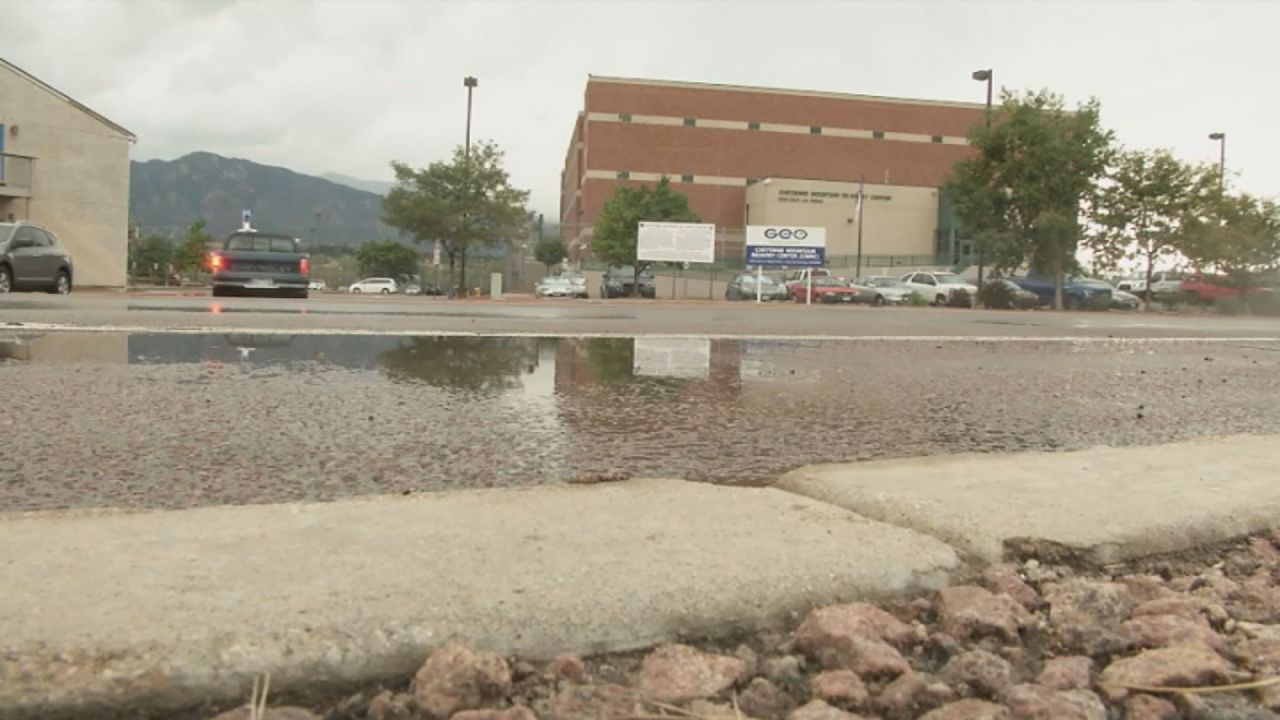 Copyright 2020 Scripps Media, Inc. All rights reserved. This material may not be published, broadcast, rewritten, or redistributed.
KOAA
The Cheyenne Mountain Re-Entry Center in Colorado Springs.

COLORADO SPRINGS, Colo. – The GEO Group, a private prison company, on Tuesday sent notice to the Colorado Department of Corrections that it is terminating its contract and closing the Cheyenne Mountain Re-Entry Center, which currently houses 650 inmates, on March 7.

The state has also in recent years been moving away from private prison contracts but has been trying to figure out where to house inmates when the privately-run facilities are shuttered.

The DOC has said that it has had ongoing issues regarding GEO Group’s operations at the facility — including their treatment efforts, offender programs, staffing issues and turnover rates — and had been somewhat expecting the CMRC’s closure, though it had hoped for a longer transition period.

Gov. Jared Polis included in his budget proposal for this year money that would be targeted at moving prisoners out of CMRC and into other already-existing correctional facilities, as well as possibly into a currently-shuttered facility in Cañon City called Centennial South or CSP II.

The DOC included in its budget talks re-opening two towers of Centennial South, which was shuttered in 2012 after being in operation for two years. It was originally built for prisoners in solitary confinement but has since been renovated to house other types of offenders as Colorado moved away from solitary.

The DOC told the Joint Budget Committee last month that it hoped to close CMRC, move the inmates to one of three other prisons, and should the legislature approve the money to reopen Centennial South, move some of the inmates there afterward.

Senate President Leroy Garcia, D-Pueblo, said Tuesday that the new development created a new challenge for lawmakers and for the Joint Budget Committee as it decides whether to approve Polis and the DOC's requests for money to reopen CSP II.

DOC spokesperson Annie Skinner said Tuesday that if the legislature approves the money, the DOC would transfer high-risk inmates to Centennial South and use the beds they vacate at other prisons for lower-level inmates from CMRC.

DOC Executive Director Dean Williams said GEO Group’s decision, which leaves 60 days for the state to decide what to do with the 650 inmates and for the legislators to decide on the budget ask, was exactly why the state was trying to move away from private prisons.

“While we had been maintaining regular communications with the GEO Corporation regarding our serious concerns about their current operations and the terms of our contract with them, we had simultaneously been preparing for the very real concern that they would choose to rapidly close the facility. Although we are disappointed by their decision, we are confident that as a department we will be able to manage the considerable impact of this change safely,” Williams said in a statement.

“The use of private prisons in our state does not just raise philosophical or ethical questions, but also creates serious operational concerns when a for-profit company can choose to close its doors and leave the department to navigate what to do with 650 offenders,” he added.

In a statement, GEO Group spokesperson Brian Miller said that the company has “experience challenges in retaining and recruiting staff” at CMRC since Polis’ budget proposal to close the facility was made and that, along with “the interest of [GEO Group] staff and those entrusted to our care”, were the reasons for terminating the contract effective March 7.

“We will work with the DOC to develop a transition plan and prioritize the health, safety and well-being of CMRC staff and residents,” Miller said. “The state has made its intentions clear; that it wants to manage this population within its own facilities, and we will work with them toward that end.”

The city of Denver ended its contract with GEO Group to run community corrections facilities at the end of 2019. GEO Group also operates the immigration facility in Aurora.