Genealogy helps track another Colorado cold case suspect, the oldest one yet 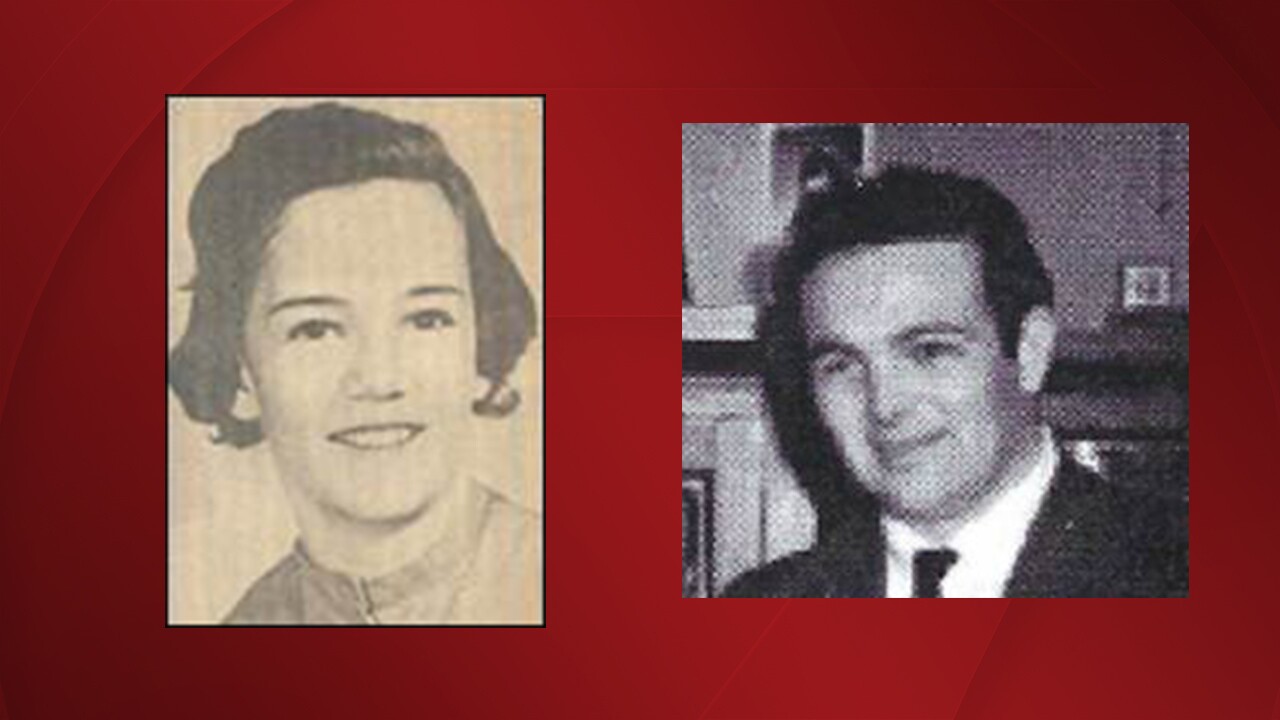 GOLDEN, Colo. — On the morning of Aug. 18, 1963, the staff at a Girl Scout camp near Deckers, in the mountains southwest of Denver, hadn't heard from a young counselor named Margaret "Peggy" Beck. It was the last day of camp at the Flying G Ranch and Beck, a 16-year-old from Edgewater, had been excited to be a counselor for the first time.

But when her tentmate went to check on her that morning, she found Beck unresponsive. The tentmate ran for help, and authorities confirmed that Beck had been strangled and sexually assaulted in the middle of the night.

For years, the case went cold. When DNA evidence from the crime scene was uploaded to a national criminal database in 2007, investigators found nothing.

Then last year the Jefferson County Sheriff's Office tried a new method of DNA technology, using ancestry databases to locate a person of interest. By October, the investigators pinpointed a suspect: James Raymond Taylor, a man who was in his 20s and living in Colorado at the time.

Officials on Thursday announced that an arrest warrant had been issued for Taylor, who was last seen in Las Vegas in 1976 and would now be 80.

Detectives spent months searching for him, but found no record of his whereabouts or if he had died, investigator Elias Alberti said.

Beck's three sisters, who are still alive, released a statement through the sheriff's office this week, saying "Peggy was a beautiful young girl who loved life."

"She was loving and protective of her family, and we will cherish the memories we have of her forever," her family said.

Identifying Taylor as a suspect was significant, both in finding a breakthrough in a decades-old case and how the investigation unfolded.

The case, officials said, was the oldest known investigation using genetic genealogy testing to result in an arrest warrant.

The genealogy method is a relatively new technique in law enforcement, with the most notable case being the arrest of Joseph DeAngelo, the alleged "Golden State Killer."

Colorado investigators have picked up the method over the last year, including the Jefferson County Sheriff's Office. Last September, investigators identified the killer of 19-year-old Jeannie Moore, who was found dead in 1981. They traced DNA found from the crime scene to a relative of Donald Parea, Moore's suspected killer who died in 2012.

Investigators over the last year also used genetic genealogy to identify suspects in the killings of a young woman in Douglas County in 1980 and a Fort Carson soldier in 1987.

Investigators took a similar approach in the Beck case.

The initial DNA profile collected from the crime scene sat in the Combined DNA Index System, or CODIS, for 12 years, beginning in 2007. CODIS contains DNA from convicted criminals — so the DNA from Beck's case would have only found a match in CODIS if the suspect had been convicted for another crime after CODIS was created in the early 1990s.

United Data Connect's genealogist Joan Hanlon was able to find a "very good match" to a close relative of the DNA profile, Morrissey said. The relative provided more information about their family tree, and investigators were able to trace the DNA to Taylor, who was living in Colorado at the time of Beck's killing. He had also lived in Edgewater — Beck's hometown — in the years prior to her murder, Alberti said.

Taylor had no known connection to Beck or the Girl Scout camp. But Alberti said investigators theorized that Taylor, who was known to build hand radios, had been in the area near the Flying G Ranch, testing the radios, when he came across the camp before August of 1963.

"How much knowledge he had about the camp, we do not know," Alberti said.

Alberti said Taylor had a child in Colorado in the early 1960s. Through paperwork, investigators were able to trace Taylor to the Las Vegas area in 1976. But his whereabouts beyond that time remain unknown.

"We have no idea where he's at," Alberti said.