Gathering limits continue to ease up for young adults in Boulder 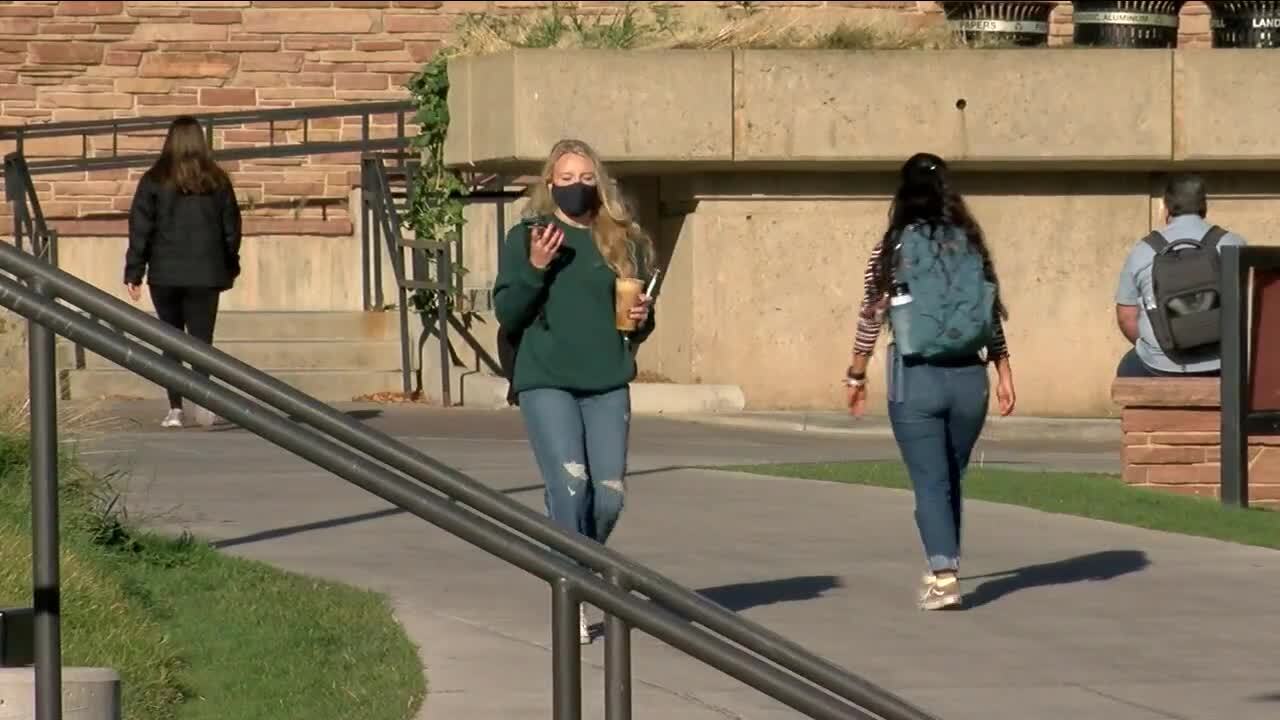 Copyright 2021 Scripps Media, Inc. All rights reserved. This material may not be published, broadcast, rewritten, or redistributed.
Denver7
College students walk on the University of Colorado – Boulder campus in September 2020.

BOULDER, Colo. — Young adults in Boulder are now allowed to gather in groups of up to six people after officials determined they had shown "their commitment to the well-being of all residents," according to Boulder County Public Health.

A public health order issued on Sept. 24 prohibited Boulder residents ages 18-22 to gather in any capacity. The COVID-19 outbreak at the University of Colorado Boulder was named the largest in the state on Sept. 23, a day before the order was issued, with 1,198 positive cases among students and 104 with probable cases of the virus.

Based on Boulder's metrics — which showed the 14-day average of new cases per 100,000 dropped to 470.5, and the test positivity percentage dropped to 6.2% — the restrictions are loosening further this week, according to Boulder County Public Health.

Beginning at noon Tuesday, the young adults are welcome to gather in groups up to six people. The metrics will continue to be monitored daily.

"This means that our community is safer from the spread of this disease, and young adults can connect with a few more of their friends,” he said.

He acknowledged that the initial order was tough for the young adults.

"Our hope is that new cases will continue to decline, and young adults will be able to return to the Safer at Home gathering size allowance of 10 people, like the rest of the county,” said Zayach. “We know that the majority of young adults are following the requirements and they should get to gather with friends safely. Individuals who have not been adhering to the guidance will be held accountable.”

CU Boulder will transition to in-person hybrid learning on Wednesday.