Funeral, procession to be held Friday in Littleton for fallen Summit County firefighter 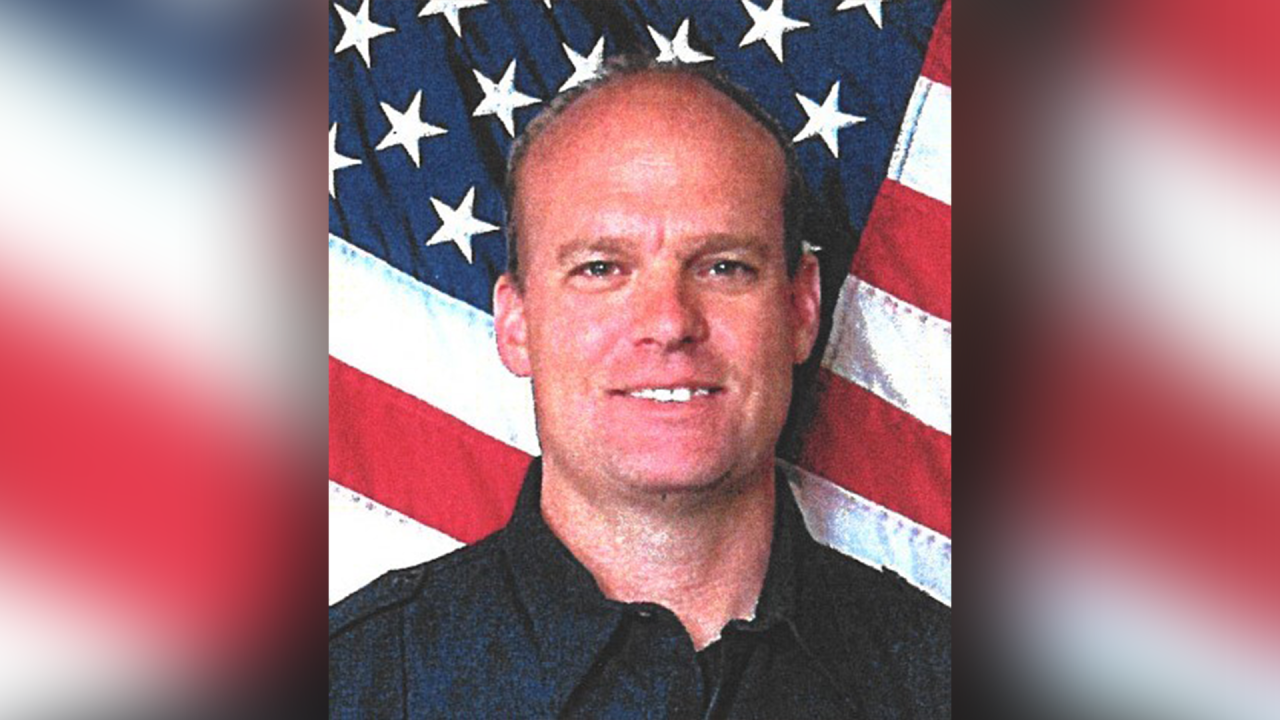 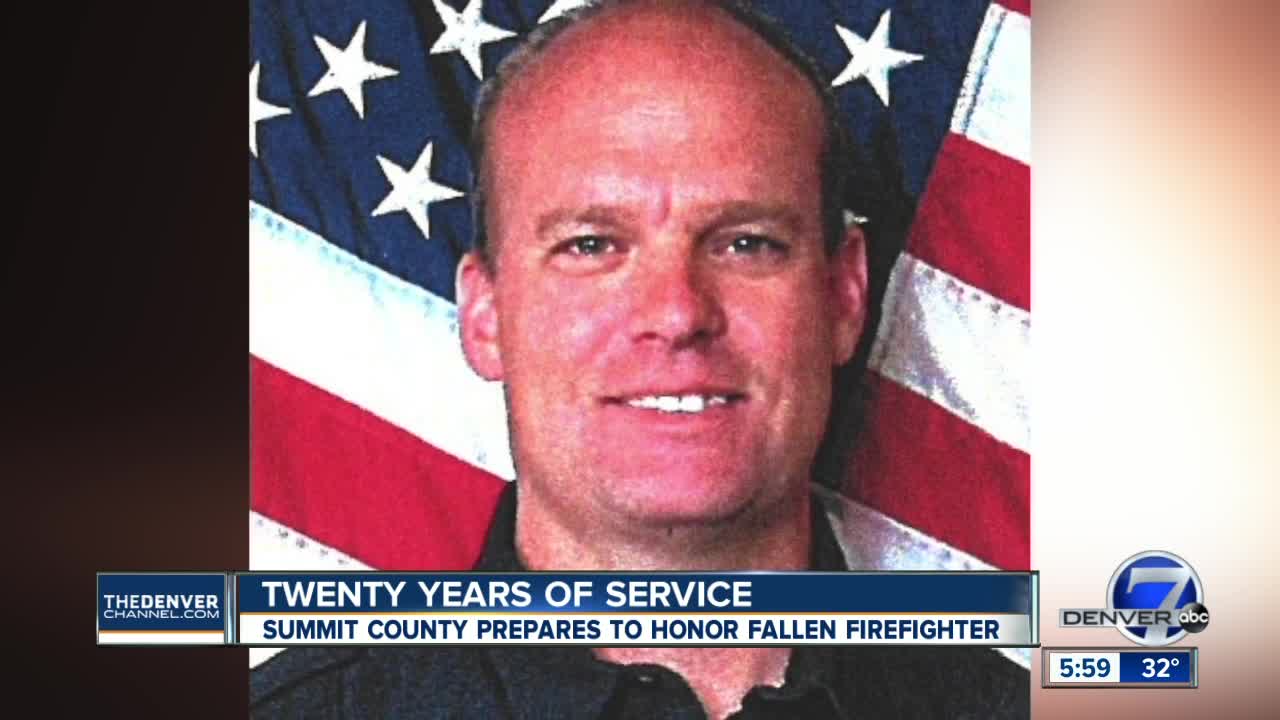 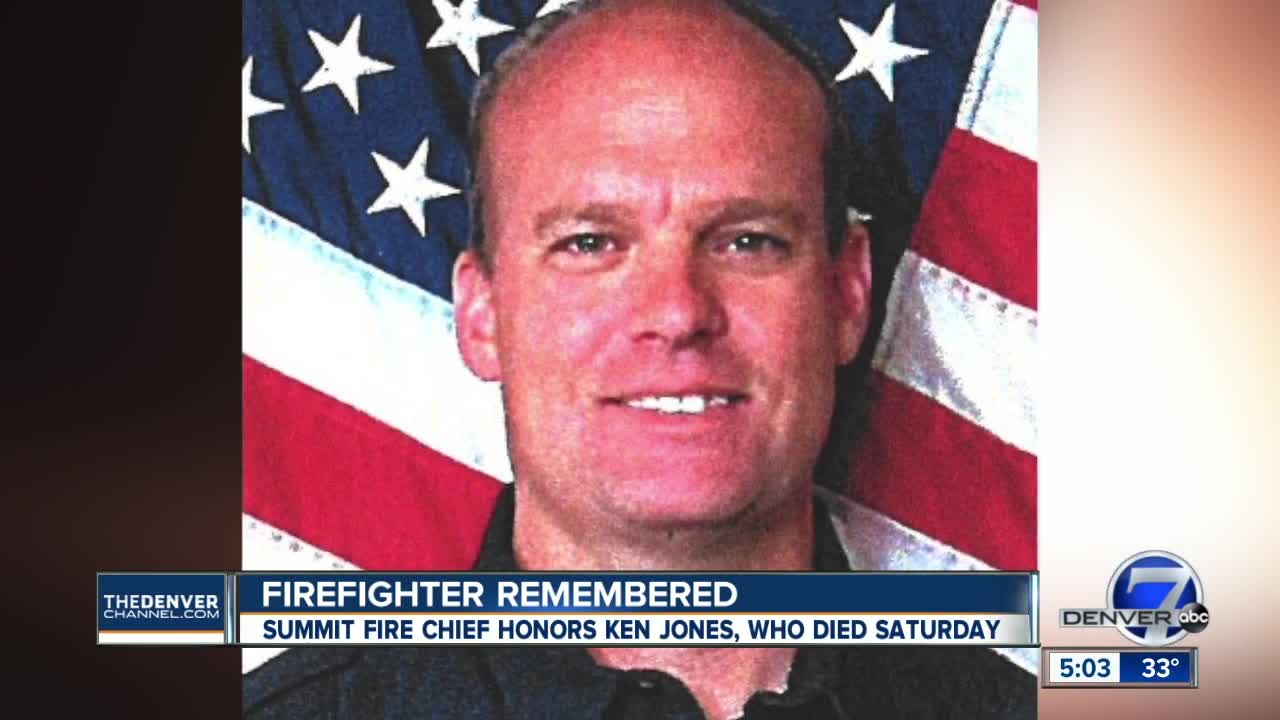 SUMMIT COUNTY, Colo. – A procession with full honors and funeral will be held Friday morning for Ken Jones, the Summit County firefighter who died Saturday morning after a fall from a Copper Mountain condominium building.

The funeral is set to take place at the Waterstone Community Church, located at 5890 S. Alkire St. in Littleton. The procession will follow a route that has yet to be fully determined, Summit Fire & EMS said Monday.

The funeral that will follow will not be open to the public or media.

A plaque with the name of the 46-year-old Jones has already been added to the National Fallen Firefighters Memorial in Emmitsburg, Md. and more tributes are expected to follow.

One-hundred twenty firefighters from Denver and other parts of Colorado will staff a round-the-clock watch with Jones’ body, Summit Fire & EMS said.

And fire departments from around the region have already offered to provide coverage for Summit Fire & EMS and Breckenridge’s Red, White and Blue Fire for the duration of the procession and funeral.

Jones had climbed to the roof of the Bridge End condo building around 2 a.m. Saturday to battle a fire when he fell from the roof.

He was a 20-year veteran of Summit Fire & EMS who had “a heart of gold” and was “a firefighter’s firefighter,” Chief Jeff Berino said. He called Saturday’s events “tragic.”

“It’s an emotional roller coaster for all of us. Responders deal with death frequently, whether it’s incidents or on the highway, but when it’s one of your own it’s a completely different scenario,” the chief told Denver7.

Jones leaves behind his wife and two children – a 13-year-old boy and 11-year-old girl.

Jones' death was the first line-of-duty death in the history of Summit Fire & EMS. The department now all wears black bands over their badges.

“I’ve put them on frequently over my past 40 years but never for one of our own,” Chief Berino said. “I had to have someone else put it on mine.”

Chief Berino told Denver7 that the cause of the fire will be deemed accidental and called Jones’ decision to fight the flames from the roof of the building “correct.” He added that Jones was working an overtime shift at a different station than his usual post when the fire happened. He did not discuss how the incident itself happened.

“When my phone rings in the middle of the night I know it’s not good news. It’s a fire chief’s worst nightmare and I’m living it right now,” he said.

Berino said that investigations of what happened will follow on the local and federal levels, as is customary when there is a death. He also said the department will look to see if any corrective action needs to be taken in the future, after the funeral takes place.

The Summit Foundation has set up an account to accept donations on behalf of the family, just make sure to include your gift under Ken Jones.