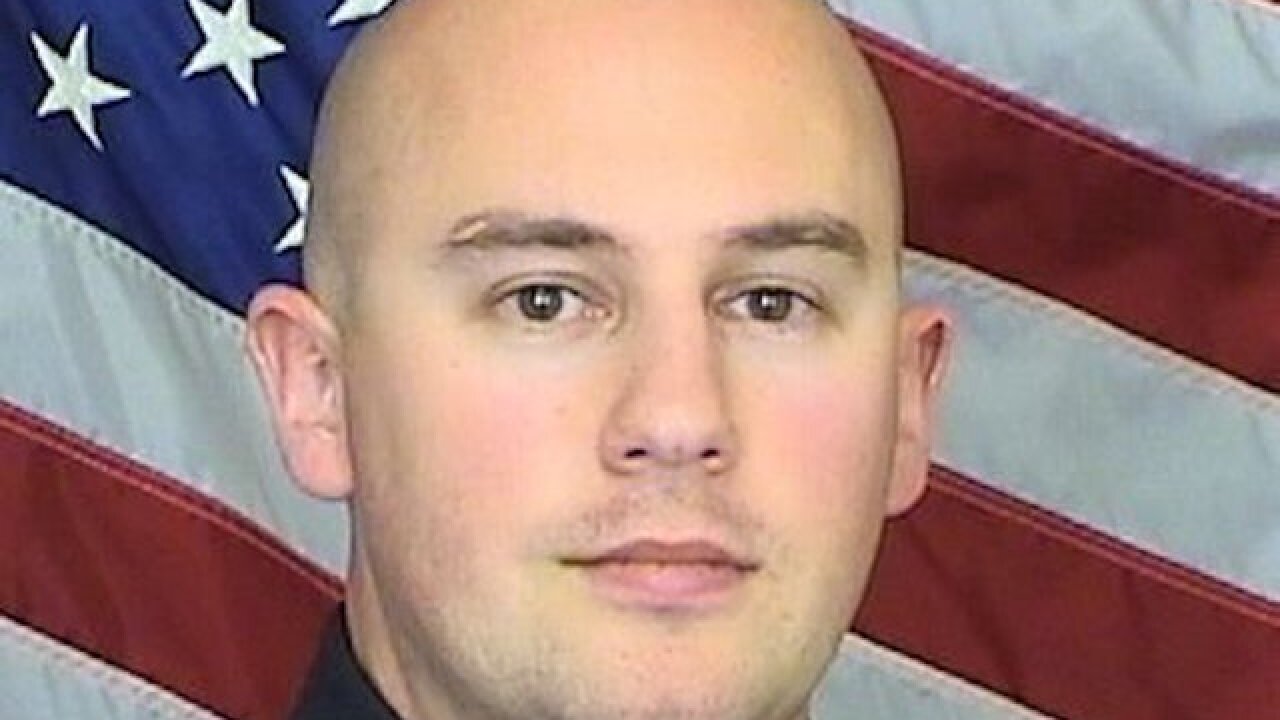 DENVER – Douglas County Sheriff’s Deputy Zackari Parrish worked till his dying breath to help the man who shot and killed him on New Year’s Eve, his boss said Friday at the young deputy’s funeral service.

“Up until the moment he died, he was pleading with the man, ‘Let me talk to you. Let me help you,’ and then the killer killed him,” said Douglas County Sheriff Tony Spurlock at the service for the 29-year-old deputy, husband and father of two.

Spurlock said he had watched body camera video from the shooting, and noted that Parrish was calm and never cursed throughout the ordeal. Parrish was killed in the shooting by 36-year-old Matthew Riehl, a veteran with a history of mental health issues who was shot and killed by police after the shooting.

Three other deputies, a Castle Rock police officer, and two civilians were also injured in the shooting, which happened early Sunday morning.

Hundreds of officers from across Colorado and the country filled a procession that preceded Friday’s funeral services, then packed a church in Highlands Ranch, where Parrish was remembered as a kind and loving young man, son and husband. An estimated 4,000 people attended the service.

Spurlock and his former chief at the Castle Rock Police Department praised Parrish, who left a job in the financial industry to join the Castle Rock police department, as a hard-working and compassionate law enforcement officer who Spurlock said was a sharp and smart young man.

Parrish’s father, Zack Parrish, recalled a time when his son changed a woman’s life after he had to give her a DUI. Parrish’s wife, Gracie Parrish, said her husband’s blood turned blue the second he joined the police force, and said he was a loving husband and father to their young children.

We are live-streaming the funeral here: https://t.co/8jZ9fLsKrp
...As well as on our air right now on Denver7 pic.twitter.com/JqbgtGjzKg

After a 21-bell salute conducted by the Honor Guard that also honored a Washington State Patrol trooper killed in the line of duty in 2013, a Douglas County dispatcher read Parrish’s final call over the radio:

“This is the final call for Deputy Zackari Parrish, badge number 1721. Deputy Parrish was fatally shot on December 31, 2017 while answering a call for duty. He gave us himself while serving Douglas County with courage and valor. The men and women of the sheriff’s office are forever grateful and proud to have served with Deputy Parrish. We will never forget his ultimate sacrifice. Deputy Parrish, may you rest in peace knowing that your strength lives on in your wife; your legacy will carry on through your daughters; and that your honor will continue on with all of us. 1721, you are clear for end of watch. Thank you for your service, and rest easy, sir, we have the watch from here. 1721 is end of watch for the final time…Badge 1721 is hereby retired.”