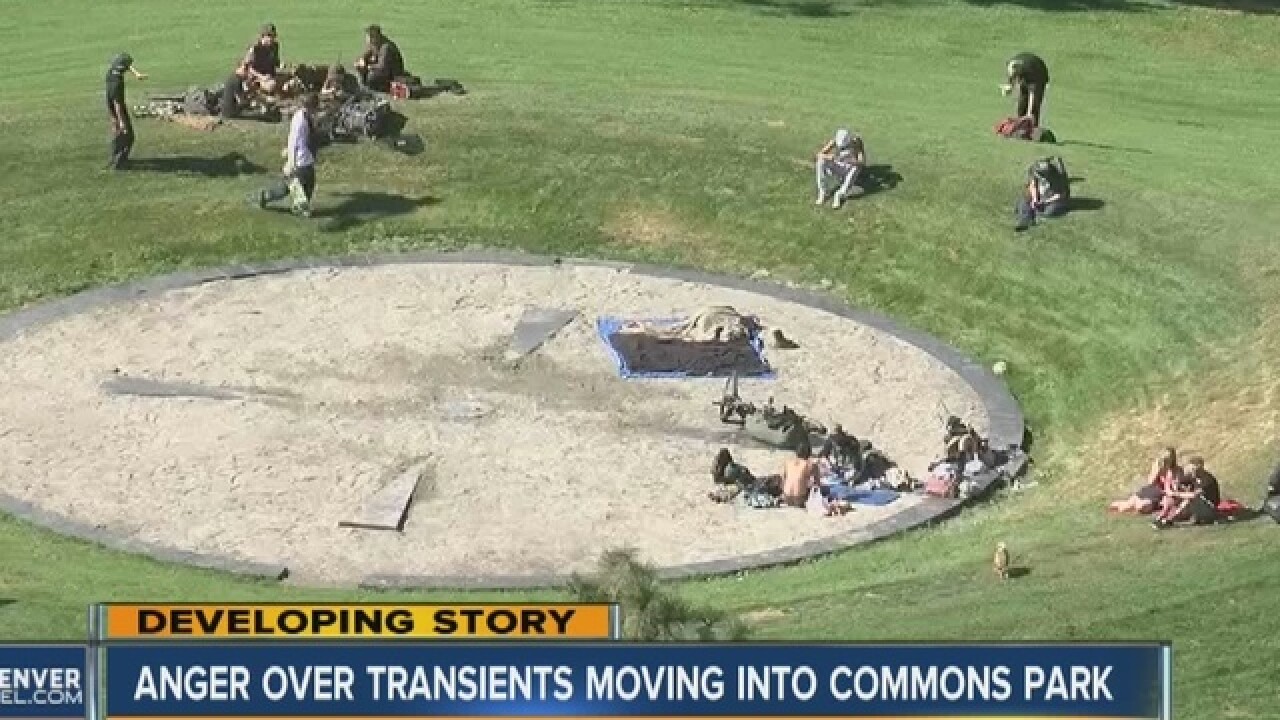 DENVER -- A Denver neighborhood under siege, in part residents say, because  new enforcement on the 16th Street Mall is pushing transients and other undesirable types into Commons Park.

People living around the park blame the mayor. They’ve proposed better lighting to keep transients from sleeping in the park. They’ve also proposed giving police officers remote controls to turn on the sprinklers when large groups start to congregate.

Residents say the problems in Commons Park started with the legalization of marijuana a few years ago, and have now snowballed into a full blown nightmare.

They say drugs, public defecation and harassment are commonplace.

“I’ve been threatened. I've had my phone stolen," said Jodi Crawford who lives right across the street from the park.

"You've got homeless people coming up to you asking for money and drugs, or yelling at you because you're walking your dog in an area that they think belongs to them. Where they are camping," said Foster.

The city put up a fence last year for a few months. But, as soon as it came down, the problems returned.

"What you have is a city that cares deeply for humanity," Crawford said.

But she says her empathy only goes so far.

“We're attracting a group of people right now to our state that are seeking pot,” said Crawford. “And they're getting mixed in with people that are truly homeless. People who have true mental health issues. These drug dealers aren’t mentally ill. They’re just lazy."

Foster says the police are trying, but they can’t be everywhere at once.

“I think the mayor saying it’s mean to do anything is a really unsophisticated approach to an extremely challenging and difficult problem," said Crawford.

The mayor's office responded to Denver7 Monday by saying things are, 'coming down the pipeline,’ and the mayor is, 'still committed to these issues.'

A homeless man's ear was sliced off in an attack at Commons Park earlier this month.

Stephen Sterns, 24, said he was taking a break in the park when someone hit him from behind with a skateboard.

His debit card and marijuana were taken in the attack.