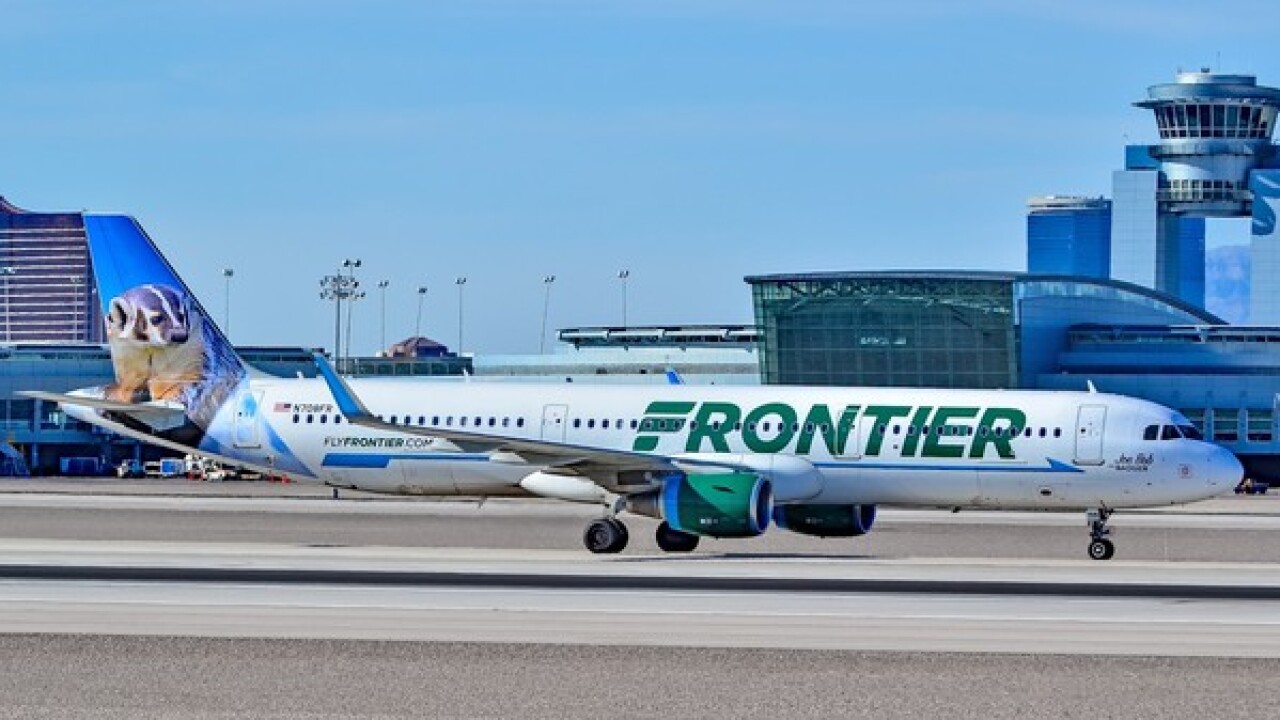 DENVER (AP) — Frontier Airlines officials say with its fleet tripled in size, the Denver-based company wants to grow its customer base to 50 million passengers a year in a decade.

It has also ordered 85 additional jets.

Spokesman Richard Oliver says, in total, Frontier Airlines' fleet will increase from 70 to more than 200 when all the aircrafts are delivered and ready for takeoff.

According to Oliver, the larger fleet means the company will need to create more than 5,000 positions including pilots and operation staff.

Frontier Airlines is also looking at increasing its total number of destinations by 30 percent and doubling its number of routes.

The airline currently flies to 80 destinations in North America and the Dominican Republic.