From the Denver7 news desk: Breaking and developing news on Sept. 9, 2019 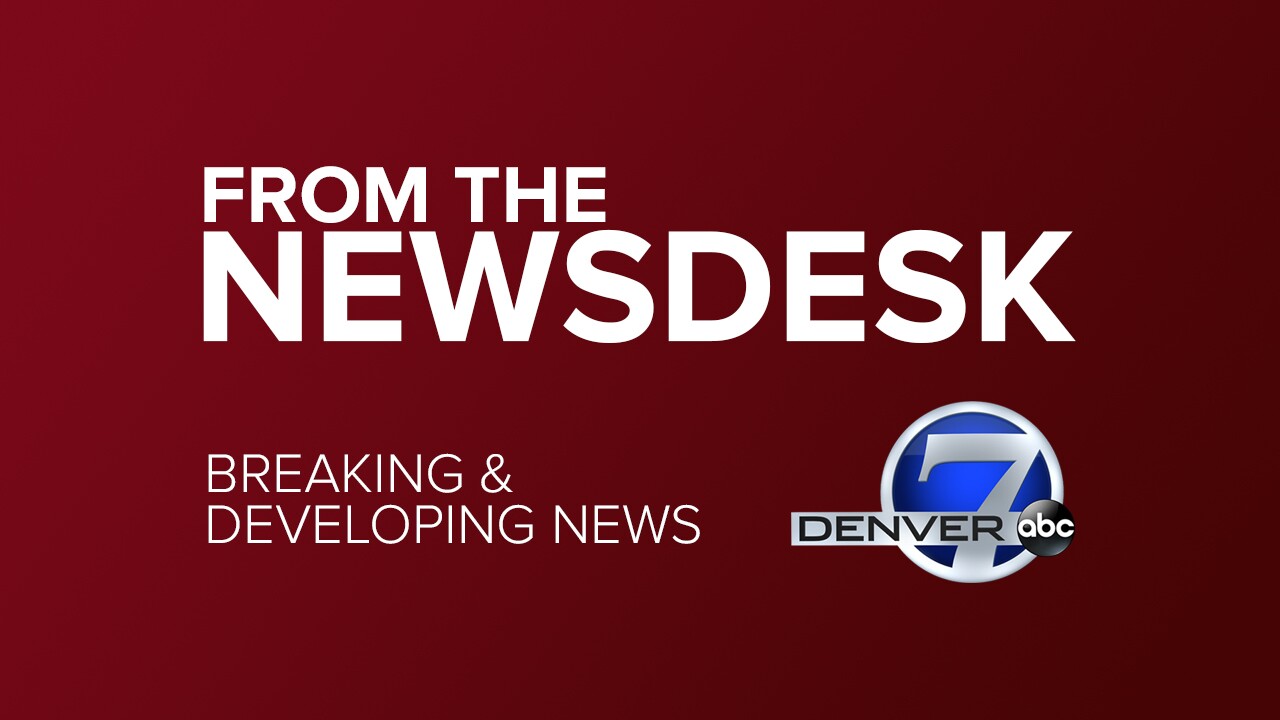 10:40 p.m. — Denver police are investigating reports of a shooting near the intersection of Bryant St. and W. 10th Ave. One person is being treated for gunshot wounds. No suspect information was immediately available.

9:43 p.m. — CSP Trooper Josh Lewis says a vehicle caught fire after it was pursued by the Summit County Sheriff's Office. The driver was taken into custody. No injuries reported at this time.

9:39 p.m. — The eastbound lanes of I-70 will remain closed at the Eisenhower Tunnel for approximately one hour as crews work the scene, CSP says. The car fire was not in the tunnel.

9:28 p.m. — CSP Eagle says a suspect is now in custody in connection to the highway closure on I-70 at the Eisenhower Tunnel. Fire crews are working to put a car fire out.

9:14 p.m. — I-70 is closed in both directions at the Eisenhower Tunnel due to an “active police incident,” the CSP Eagle division says in a tweet. Expect delays.

8:33 p.m. — Denver police officers are on scene at Federal Bvld. and Iliff Ave. investigating a crash between a motorcycle and a vehicle, which they say has resulted in serious injuries. Southbound Federal is closed at Iliff.

7:16 p.m. — Police say a barricaded man was taken into custody without incident, and that as result, they are conducting a death investigation. No other details were provided.

#DPD UPDATE: The barricaded party, an adult male, was taken into custody without incident. As a result of this event, we are conducting a death investigation at this scene. #Denver https://t.co/Rem4ulNu0x

6:19 p.m. — Denver police are on scene in the 1200 block of 19th Street in downtown. They tweeted they investigating a barricaded party in the area. No other information was released. Police plan to brief the media later in the hour.

3:02 a.m. — Belleview Ave. is closed in Greenwood Village between South Dayton St. and South Boston St. due to a natural gas leak. Xcel Energy is working to repair the line, and it could be hours before it is fixed, South Metro Fire Rescue officials said.

8:55 a.m. — Mullen High School has canceled school due to a power outage that is affecting the local neighborhoods and phone systems. Students will be released at 8:45 a.m.

6:08 a.m. — The Thornton Police Department said up to four vehicles are involved in the crash on southbound I-25 at 84th Avenue. Police said the crash happened around 5:40 a.m.

5:55 a.m. — There is a crash in the southbound lanes of I-25 at 84th in the right lane. Only one lane is able to get past the first responders. If you're not already on the highway, get on 84th or go to Highway 36 to get to southbound I-25. If you're already in the traffic jam, get off at Huron, Pecos, Washington or Grant, but be aware that the traffic here may be slowgoing too. Click here for a traffic radar.

First crash is on SB 25 at 84th in the right lane. pic.twitter.com/Rih4DGTo8o