From 100s to possible snow: Denver weather will change drastically through Labor Day 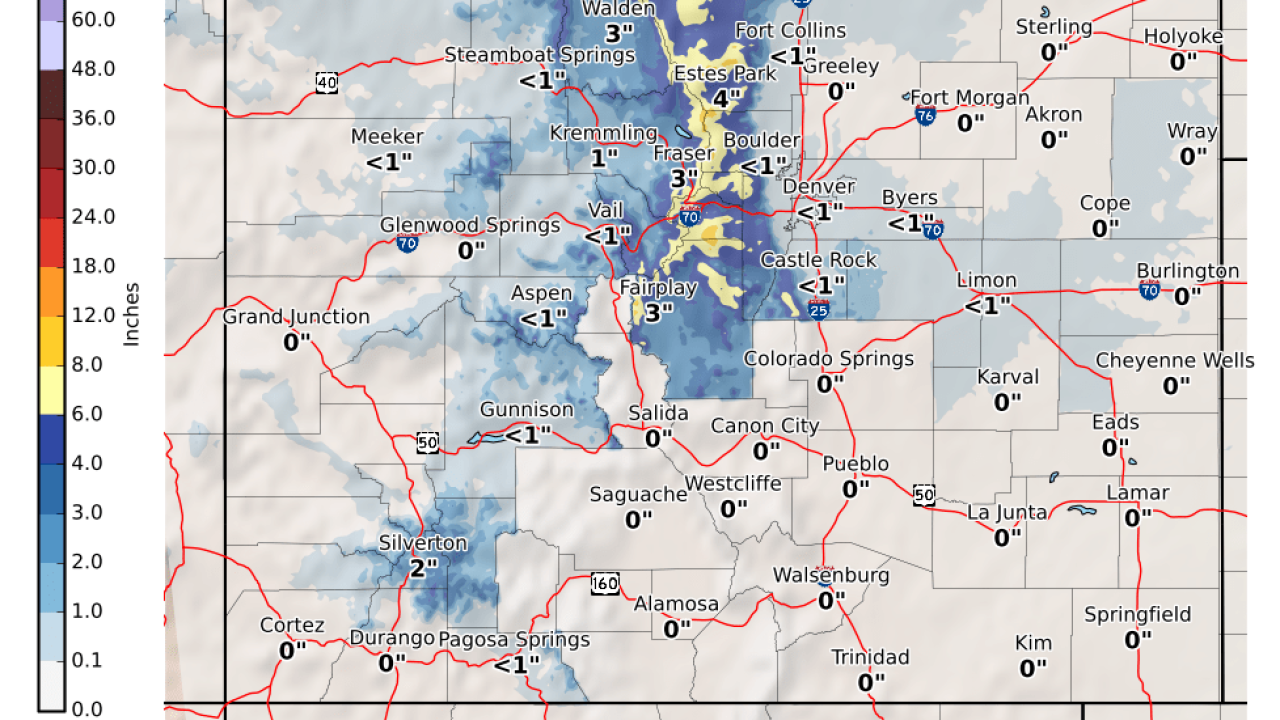 DENVER — If you've checked the extended weather forecast for Denver this week, you probably noticed something looked a little out of place, even for Colorado.

Don't blame your phone — it's not a glitch.

On Tuesday, we could see our first snow of the season across the Front Range, one day after Labor Day and after a weekend of triple-digit temperatures that have already broke records.

The change in weather — from highs in the upper 90s and low 100s across northeast Colorado this weekend — will begin Sunday night, when a weak cold front is expected to drop into the Front Range, according to the latest forecast discussion from the National Weather Service.

Denver will see record heat through Labor Day weekend with highs potentially reaching 100°. Temperatures take a nosedive on Tuesday as a strong system brings wintry weather to the area. Please keep arms and legs inside the roller coaster🎢 at all times. #COwx pic.twitter.com/8R4rna4qrv

On Monday, forecasts show, a stronger cold front is expected to push south through Colorado, accompanied by precipitation that will become more widespread through the evening.

The colder weather and precipitation could lead to snowfall in the mountains and foothills on Monday night and through the day Tuesday. Further east, snow could develop across the Front Range on Tuesday, accumulating on trees, according to the weather service.

Now, a warning: We're still several days away from any chance of snowfall, so there's no guarantees. A change in the storm track, according to the weather service, could result in only rain, not snow, in Denver.

The weather service on Friday was projecting less than an inch of snow in Denver, with the highest amounts — 3-4 inches — in the mountains, from Fairplay up to Estes Park.

Temps plummet behind a strong cold front Monday night/Tuesday with rain & snow forming. Accumulating snow will likely occur in the mountains & foothills. There is potential that the I-25 Corridor, including the Denver metro area, sees snow as well. #cowx pic.twitter.com/zzkTQhm1O4

The weather should dry out after Tuesday, though temperatures will remain below average.

If it does snow Tuesday in Denver, it won't be a record, but it will be very rare — possibly the second-earliest recorded snowfall in city history.