Police push back protesters on East Colfax with tear gas, amid fireworks and dumpster fires 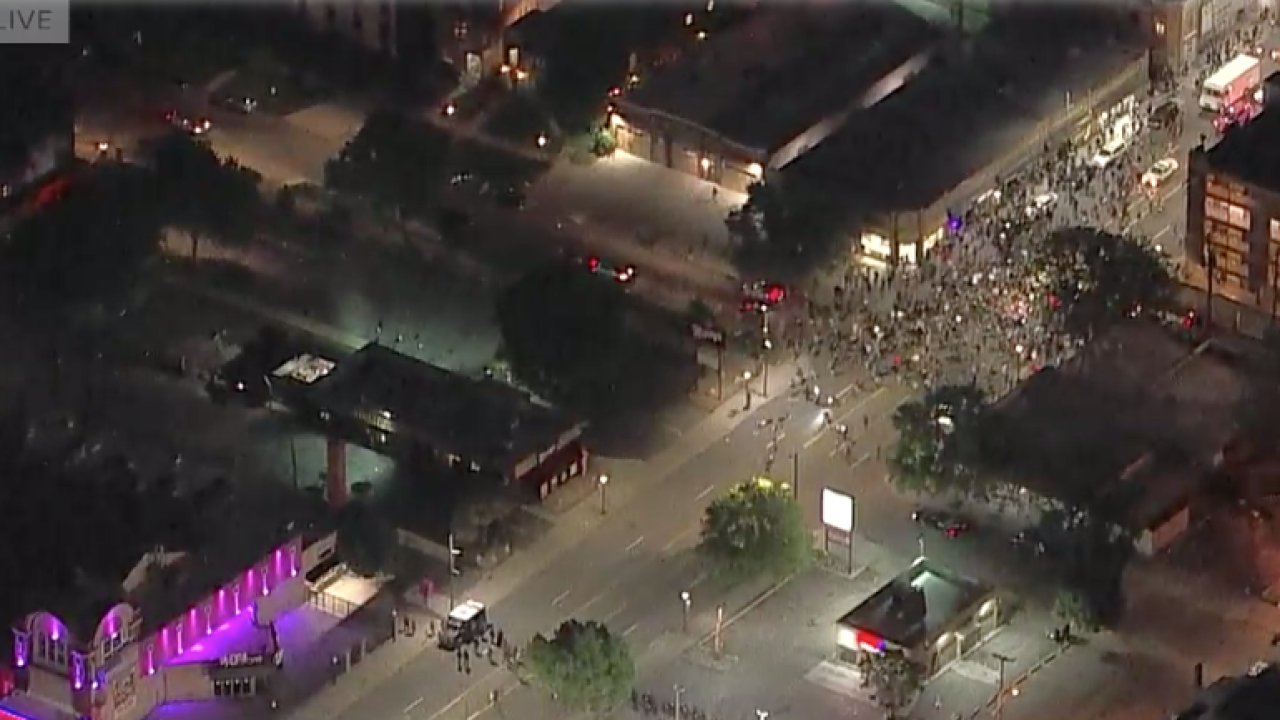 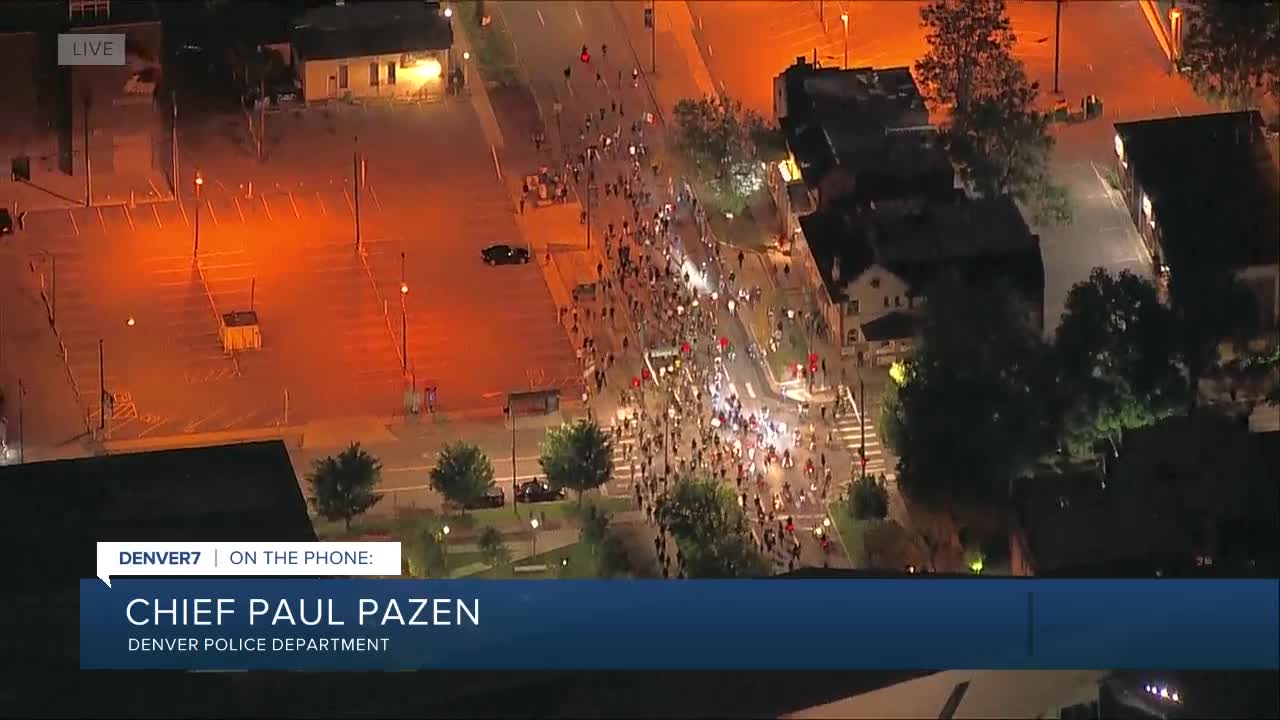 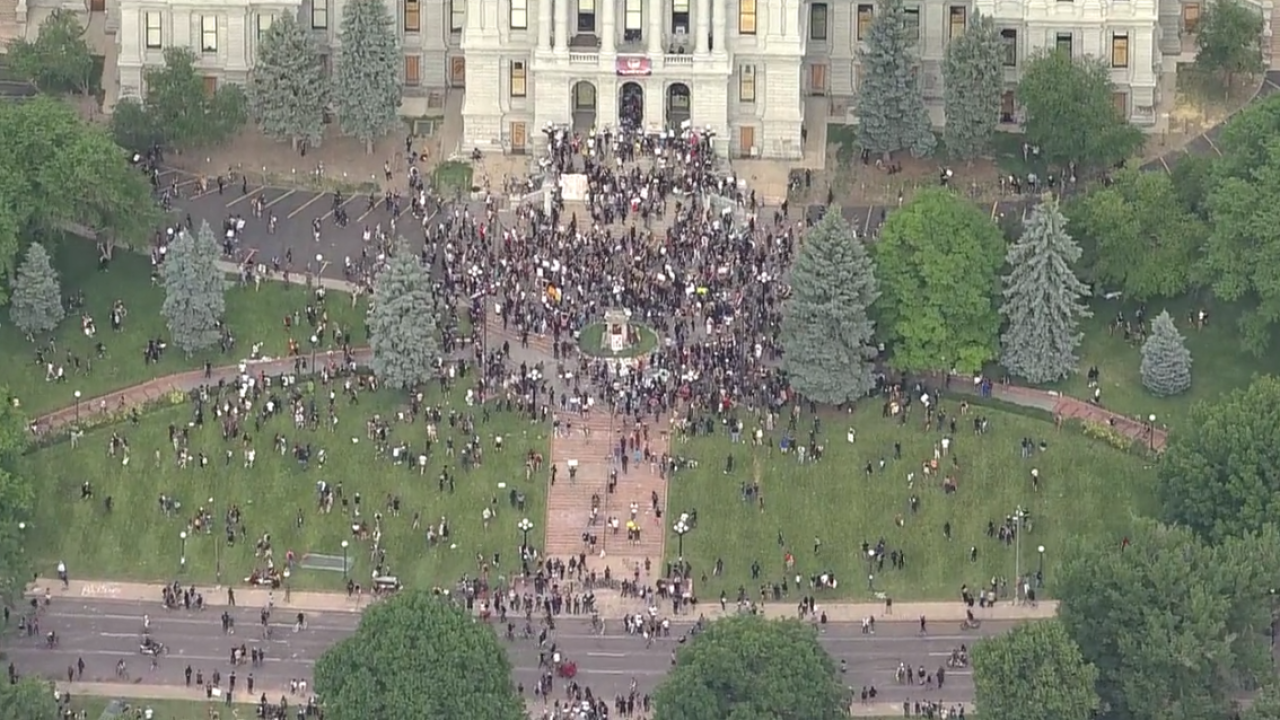 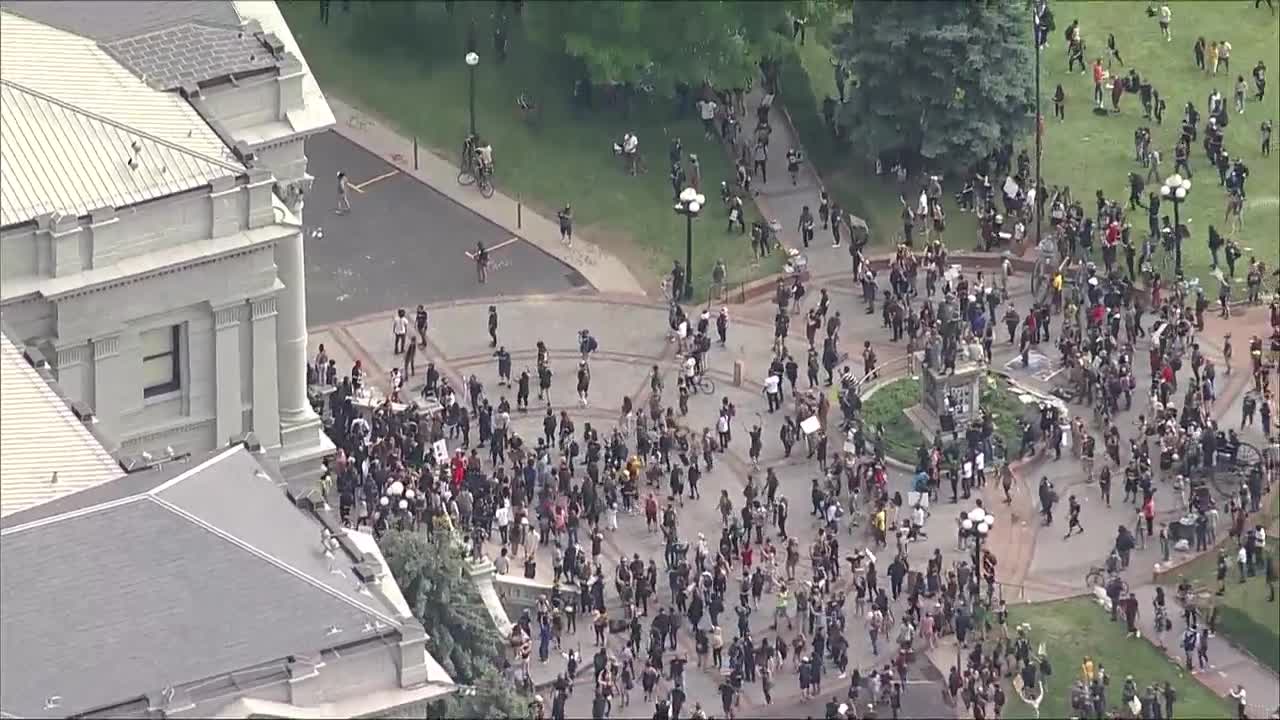 Protesters had remained mostly peaceful throughout the day and into the evening, when crowds greatly increased in size ahead of the curfew. And while the crowds grew larger, police did not begin to intervene until shortly before 9 p.m., when tear gas was deployed near Colfax Avenue and Clarkson Street.

The crowds began to disperse off Colfax — which remained open during the protest — but protesters still filtered through the Capitol Hill neighborhood east of downtown. Protesters regathered on Colfax, near Clarkson Street, where a dumpster was burning and protesters began to face off with police.

Earlier in the evening, the protests briefly grew tense, as activists confronted police in riot gear who were protecting boarded up government buildings around Civic Center Park.

Still, the crowds of hundreds of protesters remained mostly peaceful into the evening hours. As 8 p.m. arrived, the large crowd stayed calm and police did not begin to push protesters out of the area, as they did Saturday night.

About 8:15 p.m., protesters began to move, marching from the Capitol steps to East Colfax Avenue.

As it has played out in the previous four days, daytime crowds remained peaceful as they protested for justice for Floyd. Around 5 p.m., groups around the State Capitol building grew larger and began to move up the steps where police attempted to move them back down. At one point, several people were seen running away from the capitol building.

But protesters re-gathered at the State Capitol, while some began to march down East Colfax Avenue. As 8 p.m. neared, the crowds outside of the Capitol grew larger, at one point doubling in a span of 10 minutes.

Watch live coverage in the player below:

A crowd had also confronted police at Denver Police Headquarters around 5:30 p.m. but continued to march on Colfax toward Civic Center Park. Tensions also rose at District 6 headquarters on East Colfax, where a separate group marched up to a police line but then backed down and continued marching along East Colfax.

An 8 p.m. curfew is in effect Sunday, and officers arrested 83 people for curfew violations Saturday night. Police said some of those detained had additional charges for throwing missiles, damaging property and having prohibited weapons.

Police said they had arrested six people on weapons charges on Sunday. Officers had confiscated several knives and other handheld weapons.

#DPD We want to thank the protesters today who peacefully express themselves as we assisted them to march. Unfortunately we arrested 6 individuals for weapons charges. pic.twitter.com/4NJQSyyaMN

Colorado's U.S. Attorney, Jason Dunn, on Sunday evening announced that the FBI's Joint Terrorism Task Force would be deployed to work the protests "to apprehend and charge violent agitators hijacking peaceful protests and engaging in violations of federal law."

Earlier Sunday, Denver Police Chief Paul Pazen praised the peaceful protesters and pleaded with those he called "agitators" for dialogue and not violence.

“We thank those who let their voices be heard in a constructive manner and look forward to continued conversations where we can address the issues,” said Chief Pazen. “We see you, we hear you and we are asking for your help. Let’s work together.”