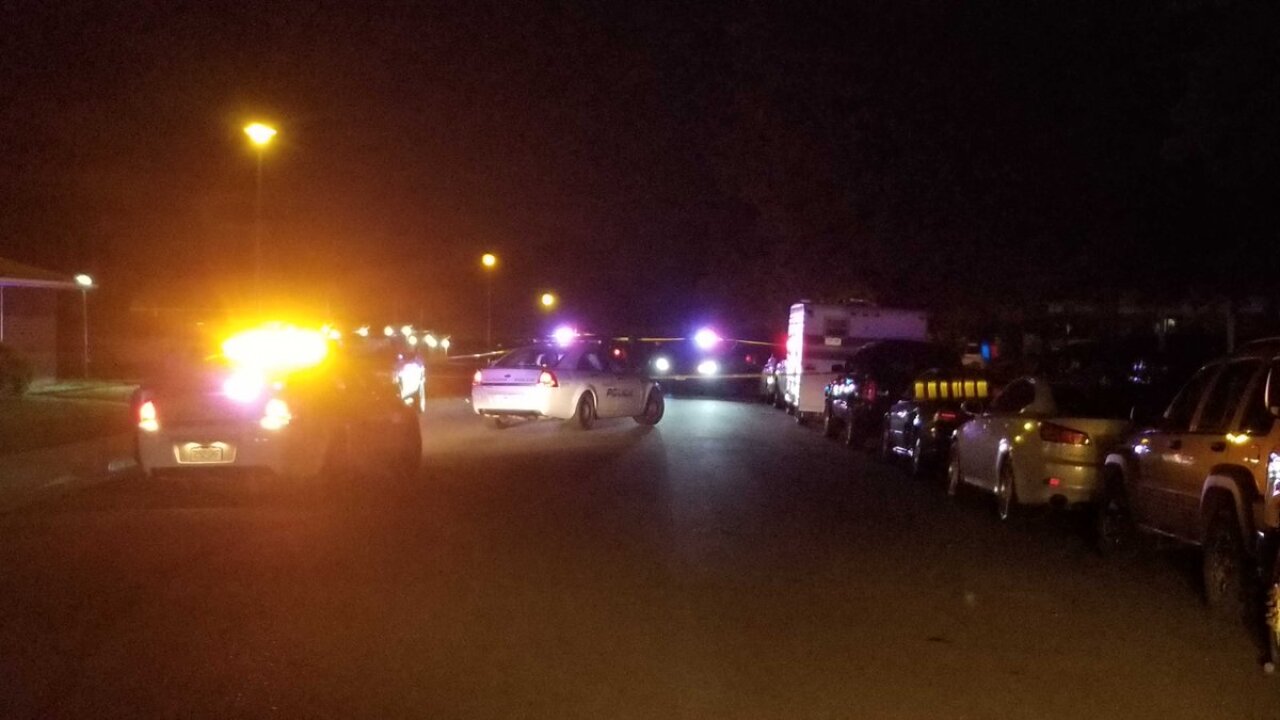 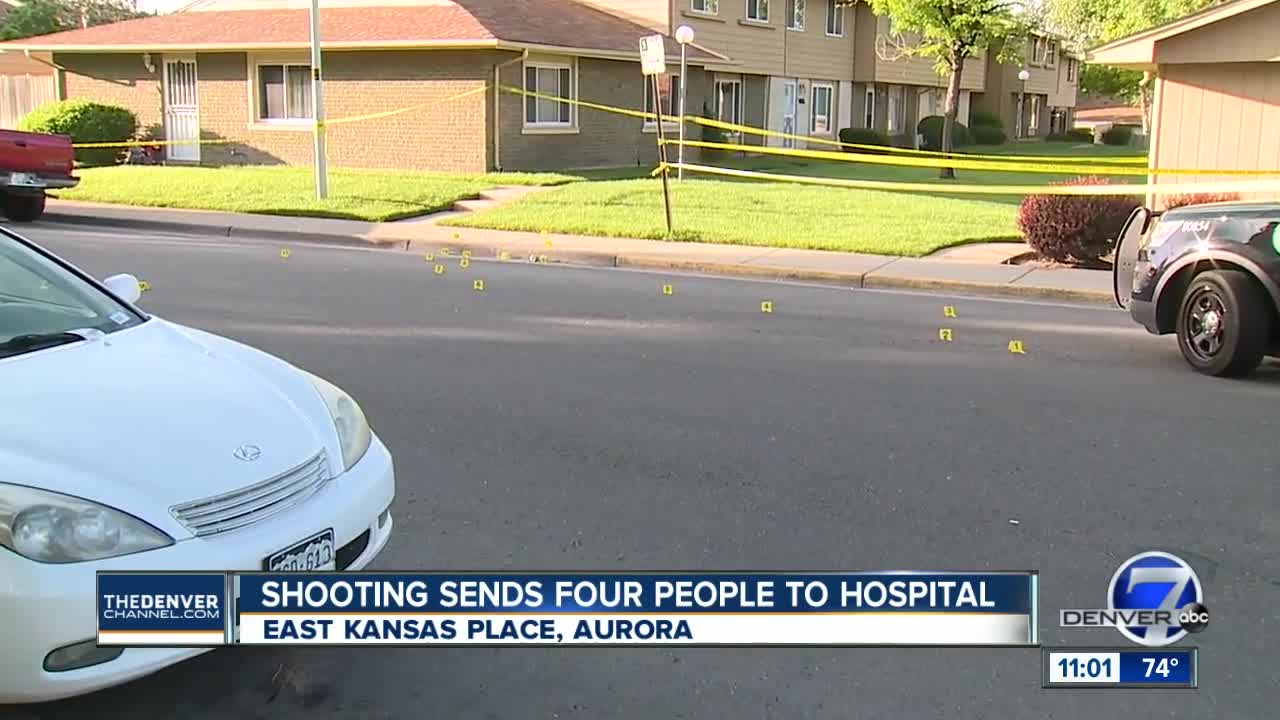 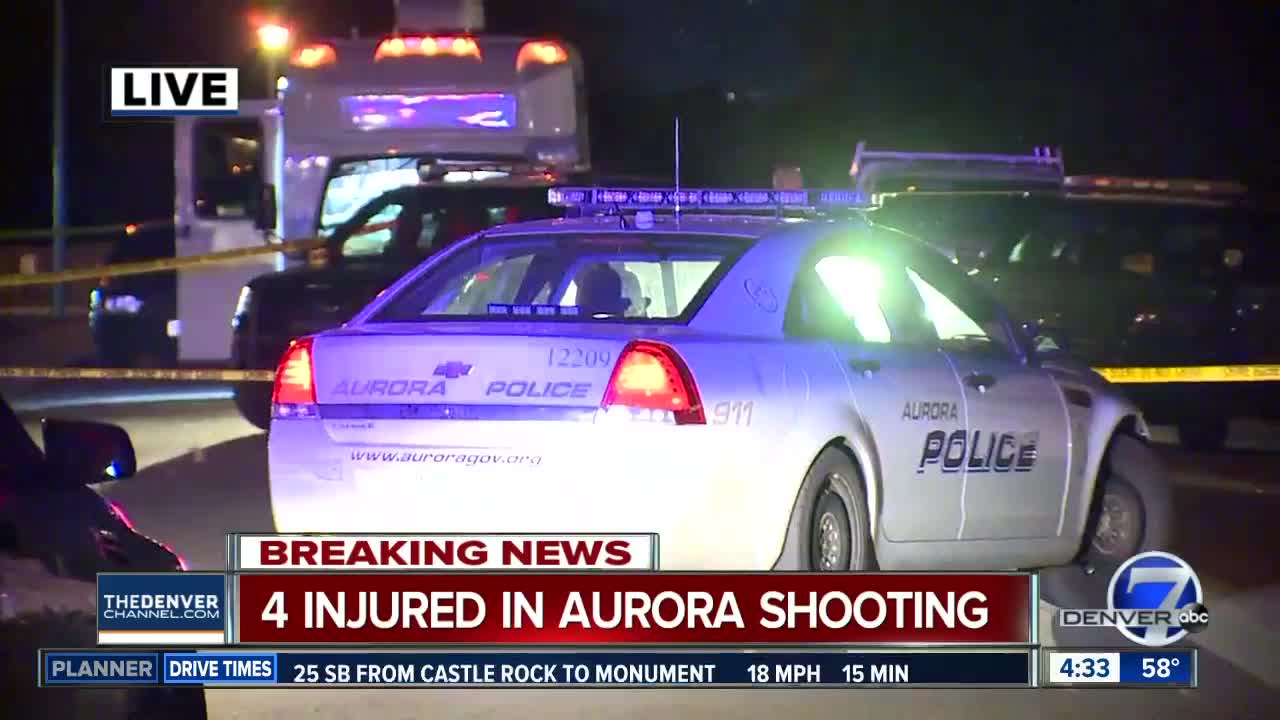 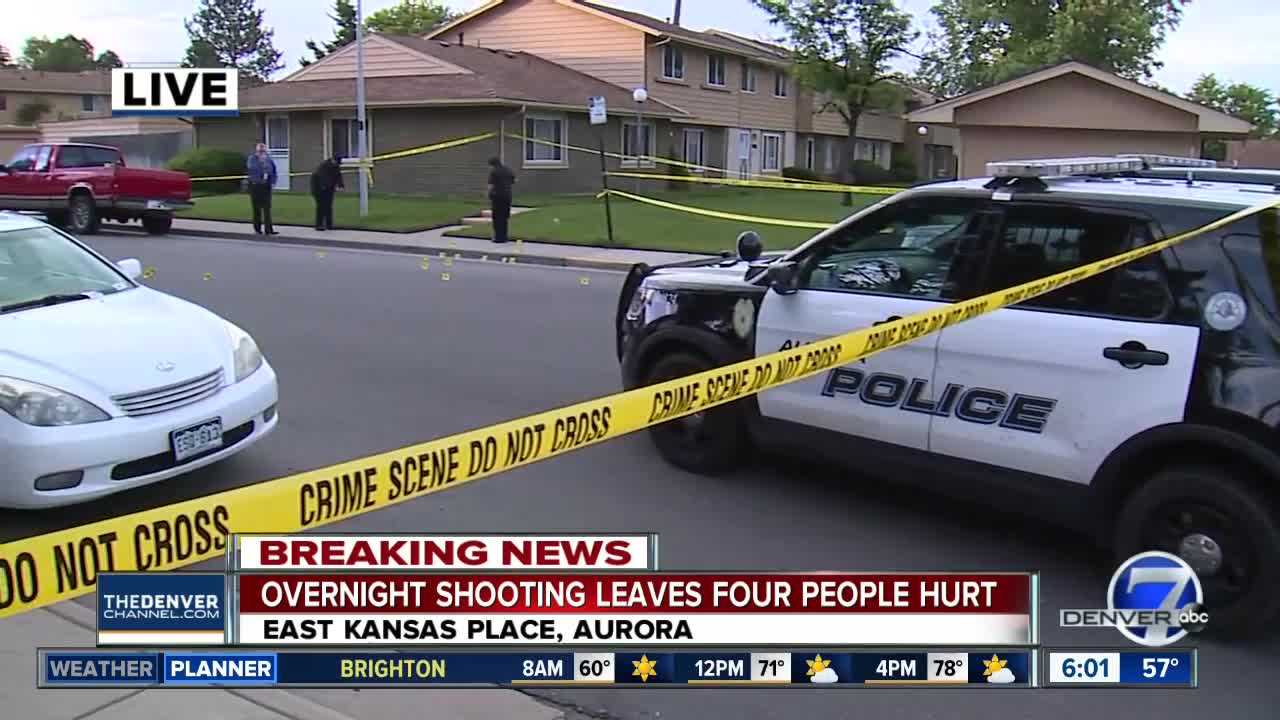 AURORA, Colo. — Police were looking for the suspect or suspects who shot four people early Tuesday.

The shooting happened shortly after 1 a.m. in the 12500 block of E. Kansas Place, which is near E. Mississippi Avenue and S. Peoria Street.

There appeared to be some type of gathering happening at the time of the shooting, said Officer Crystal McCoy, spokesperson for the Aurora Police Department.

Three of the injured people are adults and one is a 17-year-old. One of them was in critical condition and the other three were stable.

"We are still currently doing interviews, trying to locate witnesses and find out exactly what happened," McCoy said. "Because of that we don't have a lot of suspect information yet to share at this time."

Residents with home cameras that may show what happened or any witnesses were asked to call the Aurora Police Department at 303-739-6067.