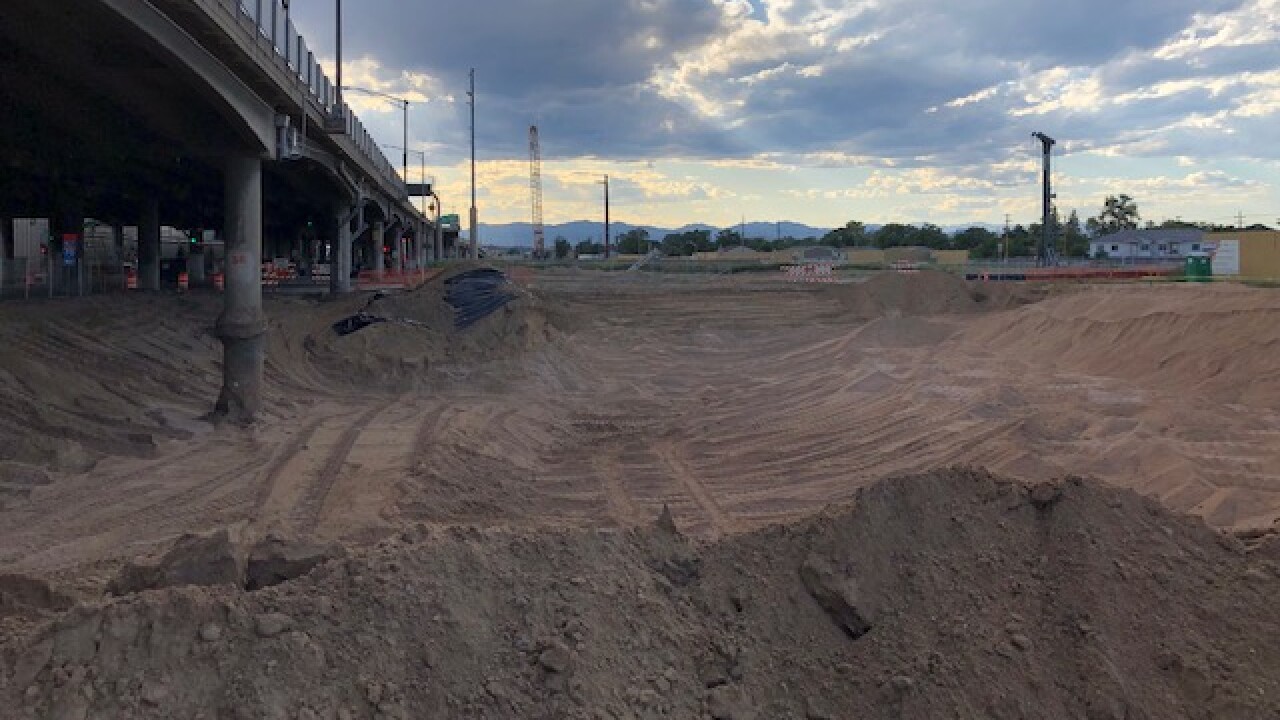 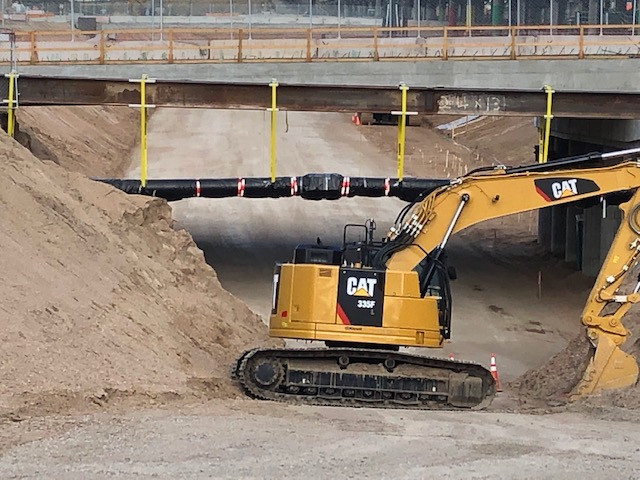 DENVER — A small number of soil samples taken along the main stretch of Interstate 70, which will soon be placed "below grade," show elevated levels of arsenic, lead and hydrocarbon contamination, according to the Colorado Department of Transportation (CDOT).

The contamination is believed to have come from auto exhaust and the industrial environment along the corridor.

"We've taken about 2,500 samples along the stretch of I-70 between Globeville and Swansea," said Stacia Sellers, CDOT's Central 70 communications manager. "About 4 percent of the soil is listed as contaminated."

CDOT estimates that it will unearth 1.7 million cubic yards of dirt for the project.

Sellers said test results show most of the soil is "healthy," and can be reused elsewhere on the project.

Unrestricted use indicates normal soil that can be reused on the project for backfilling for embankments and roadway.

Restricted use indicates soil that will be reused east of Colorado Boulevard, in accordance with the restrictions set by the Colorado Department of Public Health & Environment and CDOT.

Restricted use contamination levels are low enough that "the soil can be used in areas where people aren't digging around in it," Sellers said.

Disposable indicates soil that will be removed and hauled off to a certified disposal facility.

So, what is CDOT going to do to keep the soil from getting blown around as crew dig?

"We do spray the dirt with what you could call a dirt glue to make sure the dirt is sticking together," Sellers said. "We also wet the material so that it's not blowing away into homes when we're starting to do work."

Still, some neighbors are concerned.

"When we first moved to this neighborhood this was a two-way street here," said Bettie Cram, referring to York Street. "I've lived here for 65 years."

Cram said many children in the neighborhood suffer from asthma. She said she worries that digging up contaminated soil will compound their health problems.

"I wish they would build the highway somewhere else," she said. "I'm really sorry that it started (here)."

She too worries about health concerns.

"My ex-husband is on oxygen," she said. "So is his mom. That could be an issue."

But Reyes wants the highway finished as soon as possible.