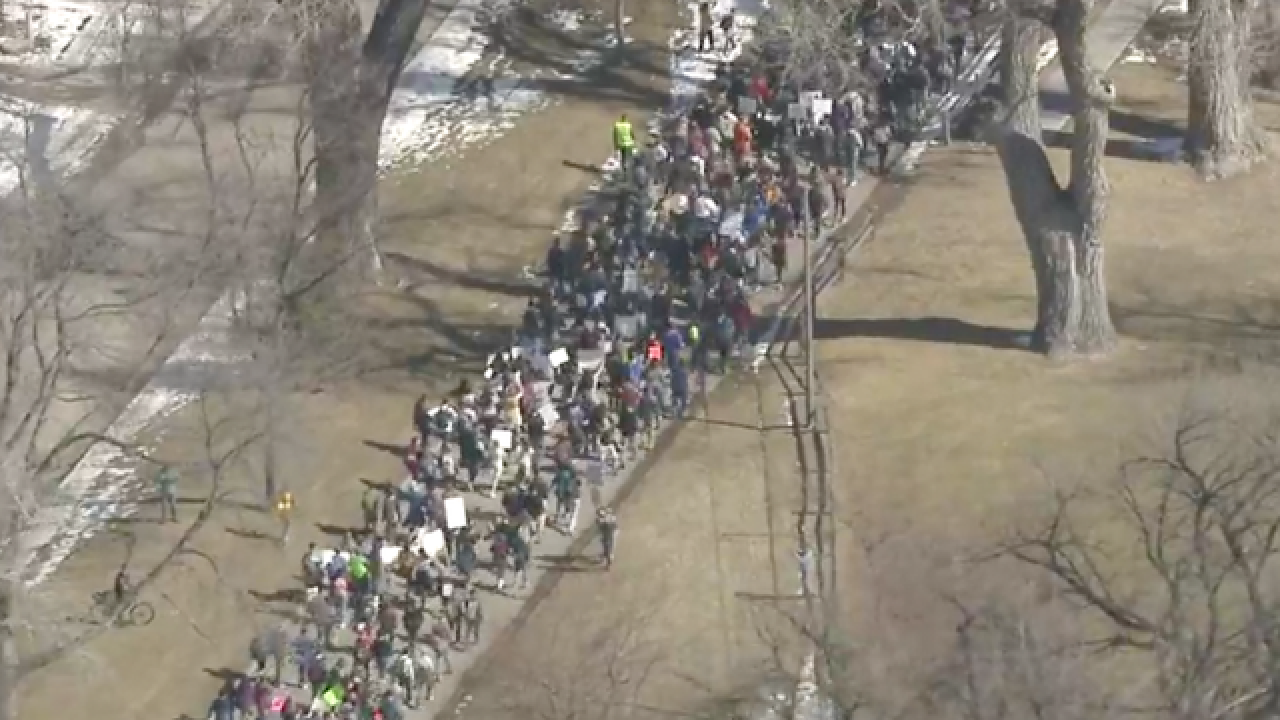 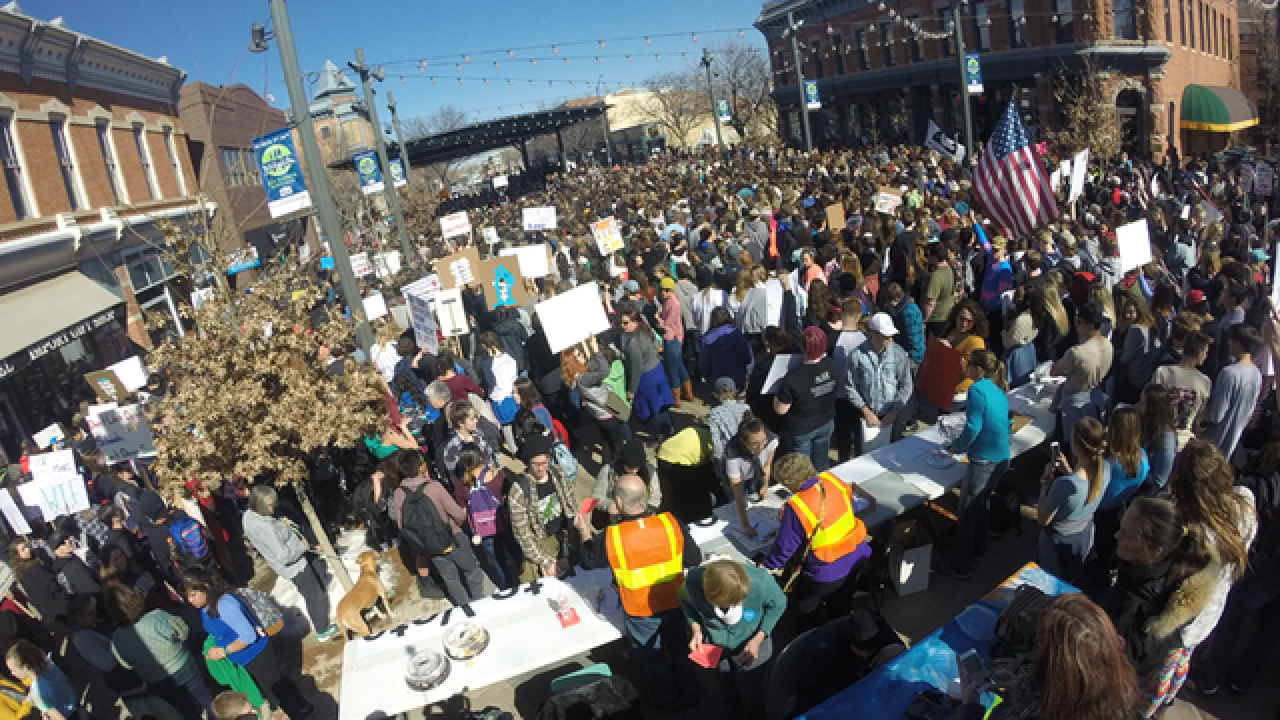 FORT COLLINS, Colo. — Hundreds of students from Poudre High School in Fort Collins walked out of class Tuesday to protest the lack of tighter gun control laws in the wake of the Florida shooting.

The planned walk-out began around noon.

Students, some holding signs, walked from the school to Olde Town, where they held a 17-minute moment of silence for the 17 victims of the Parkland shooting.

During the walk out, Fort Collins Police blocked traffic and guided students safely along.

Vehicles waving the Confederate battle flag could be seen following the crowd along the route. But, it’s not clear if those vehicles were associated with the student protest.

The Fort Collins protest is one of many in the state and around the country that occurred weeks following America’s deadliest school shooting.