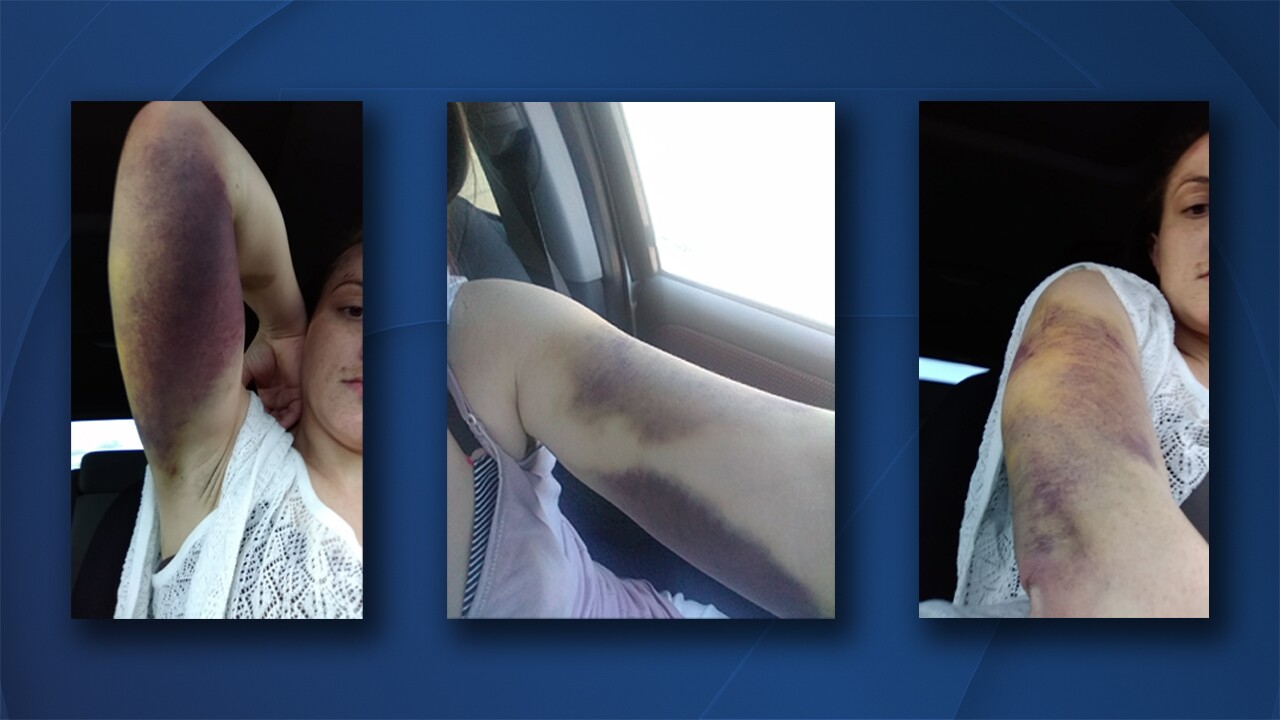 FORT COLLINS, Colo. — On Tuesday, the city of Fort Collins settled a police brutality case that involved an officer allegedly striking a shoplifting suspect more than 60 times and using a Taser on her twice, according to the settlement documents.

According to the settlement, Natasha Patnode accused former Fort Collins Police Services Officer Todd Hopkins of using excessive force and injuring her as he arrested her on March 29, 2018 at a Fort Collins Target. Patnode said Hopkins was assisted by Officer Michael Natalzia.

Patnode's attorney David Lane said she was caught shoplifting at the store and was dragged to a back office where she was beaten by Hopkins. The beating was captured on video on the store's security cameras and police body cameras. According to the settlement, Hopkins hit her with his fist and baton 61 times and used a Taser on her back twice. Throughout the video, Patnode remained curled on the ground with an officer on top or standing above her.

In a police body camera video, two officers talked about the incident. One told the other that when he had arrived, Hopkins had one of Patnode's arms behind her back and was working on getting her other arm out from under her.

Later in the video, an officer is heard saying, "I thought for sure she had a weapon that she was going to pull out."

Lane confirmed Patnode was not armed.

In the video, an officer said they deployed the Taser and she kept her hand under her stomach, but they were eventually able to get her hand out and handcuff her. Patnode can be heard crying in the background.

On Tuesday, the city of Fort Collins settled the case and agreed to pay Patnode $325,000. Hopkins resigned following a recommendation for his firing in September 2018.

You can watch the video from the incident below, but be aware that some viewers may find it disturbing.