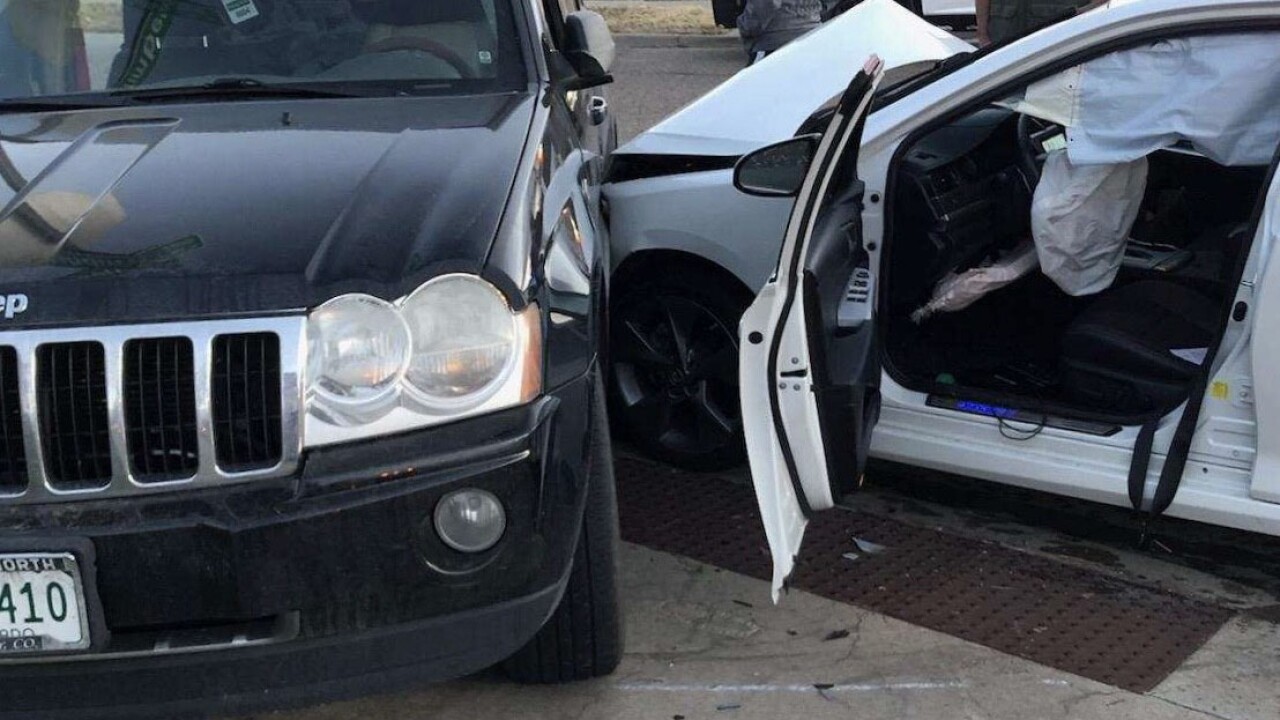 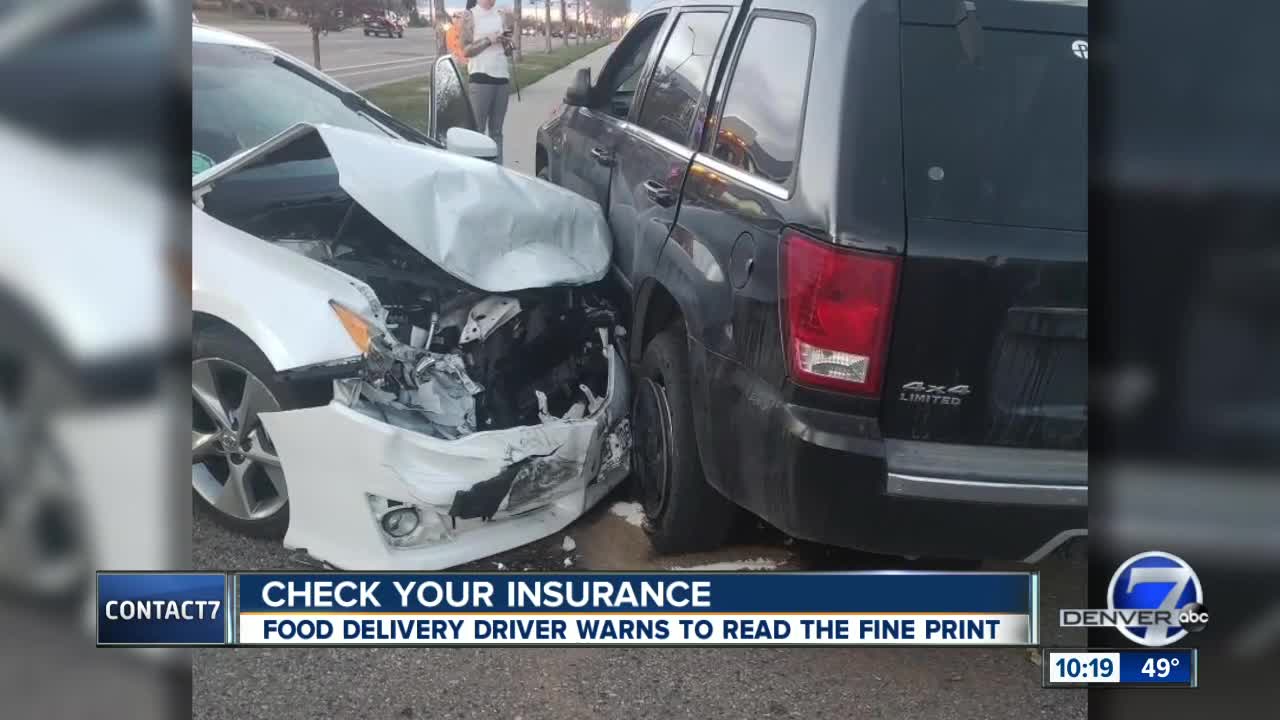 The 32-year-old former Grubhub driver got into a crash while delivering food last month, and is now stuck with an expensive insurance claim she thought would be covered.

The Fort Collins woman works full time in the banking industry, but decided to get an additional part-time job, both to help pay off student loans and to make ends meet.

While perusing jobs online, Noel noticed that Grubhub was looking for drivers.

"It was perfect," she said. "It works with my schedule, and if I don't feel like working that evening, I don't have to, which is really nice."

She said the part-time gig allowed her to check out different restaurants while earning extra income.

She said two lanes of the northbound traffic stopped to let her cross.

"I get pretty far into that third lane, and I get T-boned by a car coming through," she said.

Cell phone photographs show the impact that spun both vehicles around 180 degrees. Both cars were totaled.

Noel said she was still making payments on her Jeep Grand Cherokee, so she had full coverage, but she was in for a rude awakening

"Come to find out, because I didn't tell them I was doing rideshare, because I thought rideshare was people and not food, they denied my claim," she said.

The fine print in the Grubhub agreement states, "vehicle insurance must provide coverage for all activities arising in connection with the delivery service."

Noel told Denver7 that Grubhub sent her an email last July stating she needed a valid driver's license and insurance.

When she sent them proof, they wrote back that they had "received and accepted the documents," and that no further action was needed. She said they didn't tell her that personal insurance likely excluded delivery work.

She found that out the hard way.

Noel said she wants others to know that if they deliver food, passengers, or any items for business, they need to ask their insurance company if they're covered.

Denver7 has reached out to Grubhub for comment. We will update this story once we get a reply.

"It's been very educational, unfortunately," she said.