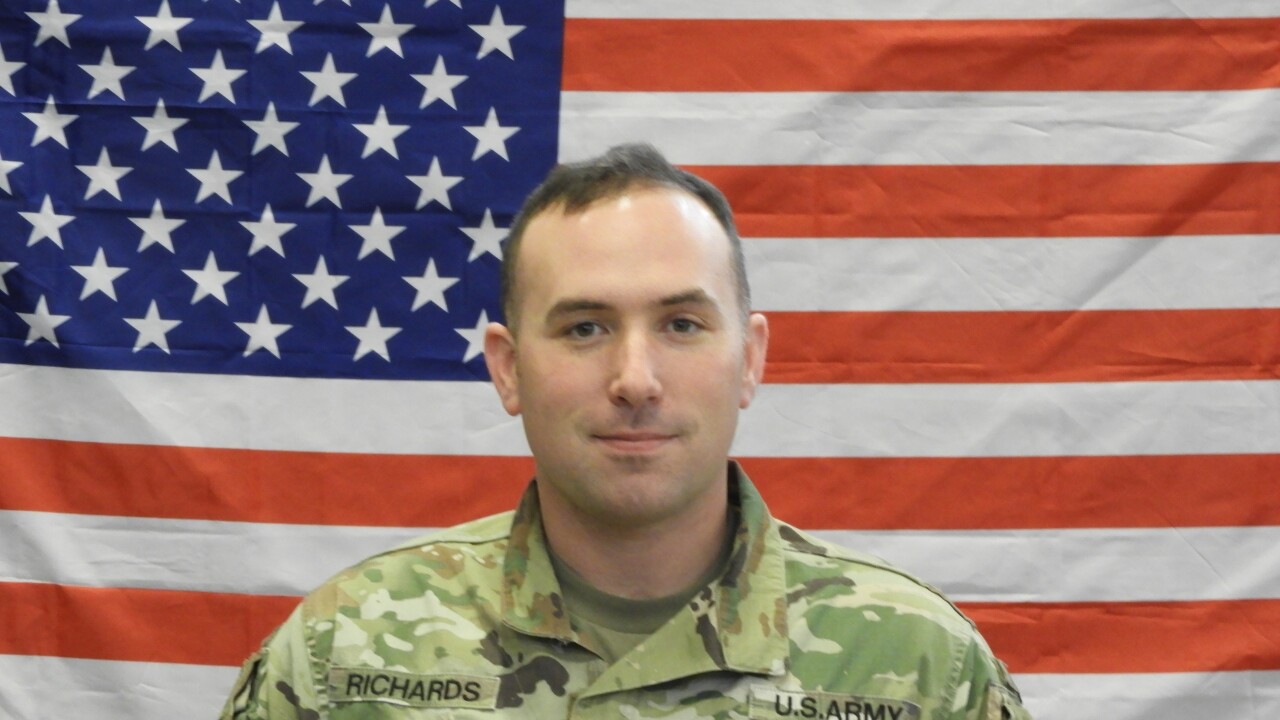 Staff Sgt. Kelly L. Richards, who worked as a health care specialist with the 3rd Armored Brigade Combat Team, 4th Infantry Division, was working toward his Expert Field Medical Badge at Camp Casey in South Korea at the time.

Richards is originally from Grayling, Michigan. He entered the Army in June 2005 and arrived at Fort Carson on Sept. 20, 2016. He was deployed four times during his 14 years serving: once to Iraq, once to Afghanistan, once to Romania and once to Kuwait.

"The 3rd Armored Brigade Combat Team would like to extend our deepest condolences to the family and friends of Staff Sgt. Kelly Richards,” said Col. Grant S. Fawcett, commander, 3rd ABCT, 4th Infantry Division. “Staff Sgt. Richards passed away while demonstrating his dedication to the nation and to the brigade as he earned his Expert Field Medical Badge. The loss of this exceptional NCO and leader will be felt by soldiers throughout the Iron Brigade.”