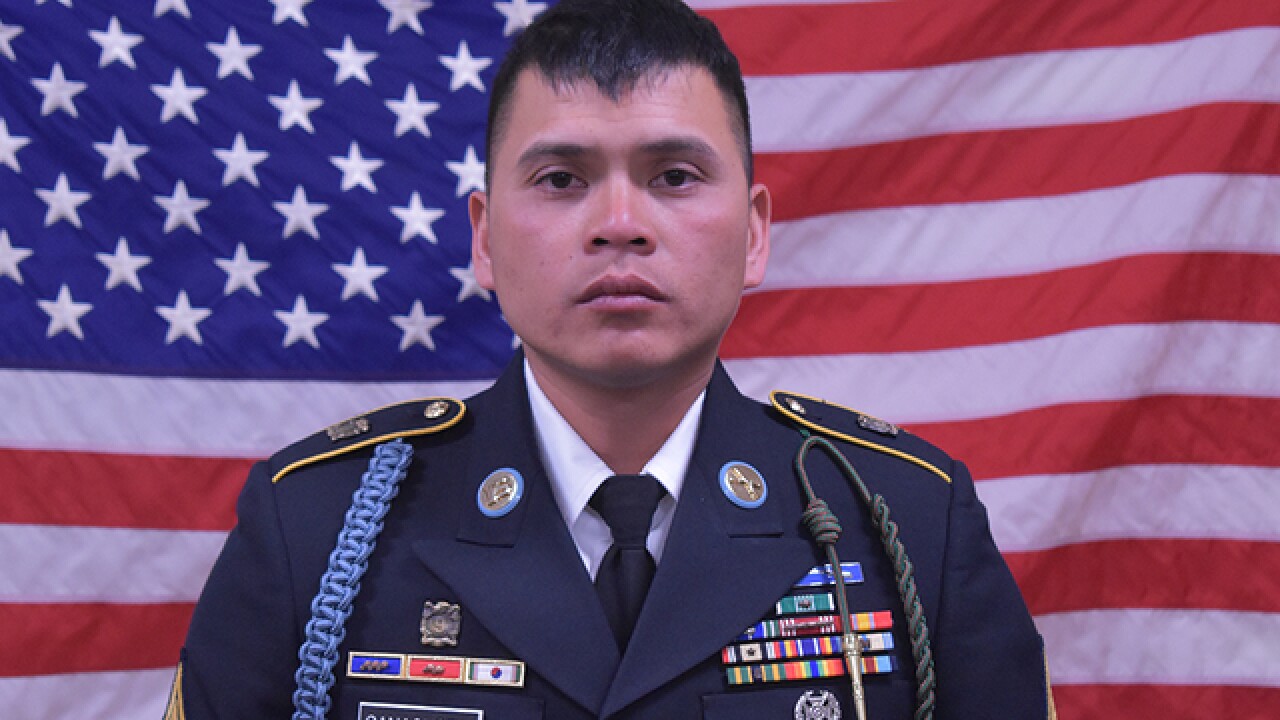 U.S. Army
<p>Staff Sgt. Diobanjo S. Sanagustin, 32, deployed to Afghanistan in May. The U.S. Army has not released more information about the incident that led to his death, saying only that the incident was “under investigation.” (Photo: U.S. Army)</p>

Staff Sgt. Diobanjo S. Sanagustin, 32, deployed to Afghanistan in May. The U.S. Army has not released more information about the incident that led to his death, saying only that the incident was “under investigation.”

"Staff Sgt. Diobanjo Sanagustin served as a Squad Leader in Bravo Company, 4th Battalion, 9th Infantry Regiment during Operation Freedom's Sentinel," said Lt. Col. David Uthlaut, 4th Battalion, 9th Infantry Regiment commander. "He made a lasting impact on the Manchu formation and we will forever cherish his memory. Our deepest condolences are with the Sanagustin family."

Sanagustin entered the Army in May 2007 and had been based at Fort Carson since January. His home was National City, Calif., according to the Army.

His deployment to Afghanistan was his first to that country, but he had deployed twice before: to Kuwait from June 2007 to May 2008 and to Iraq from November 2009 to November 2010.

According to a news story from the Army , Sanagustin, a native of the Philippines, became a U.S. citizen at a naturalization ceremony in Kuwait in April 2008.

"It took three to four months and being in the military helped speed up the process. In the civilian world it can take years," he was quoted as saying at the time. "I feel excited about my naturalization because more opportunities have opened up to me.”

On Monday , a U.S. service member was killed and another was wounded in what the military called an “apparent insider attack” in eastern Afghanistan. Another servicemember was killed in early July in a similar attack.