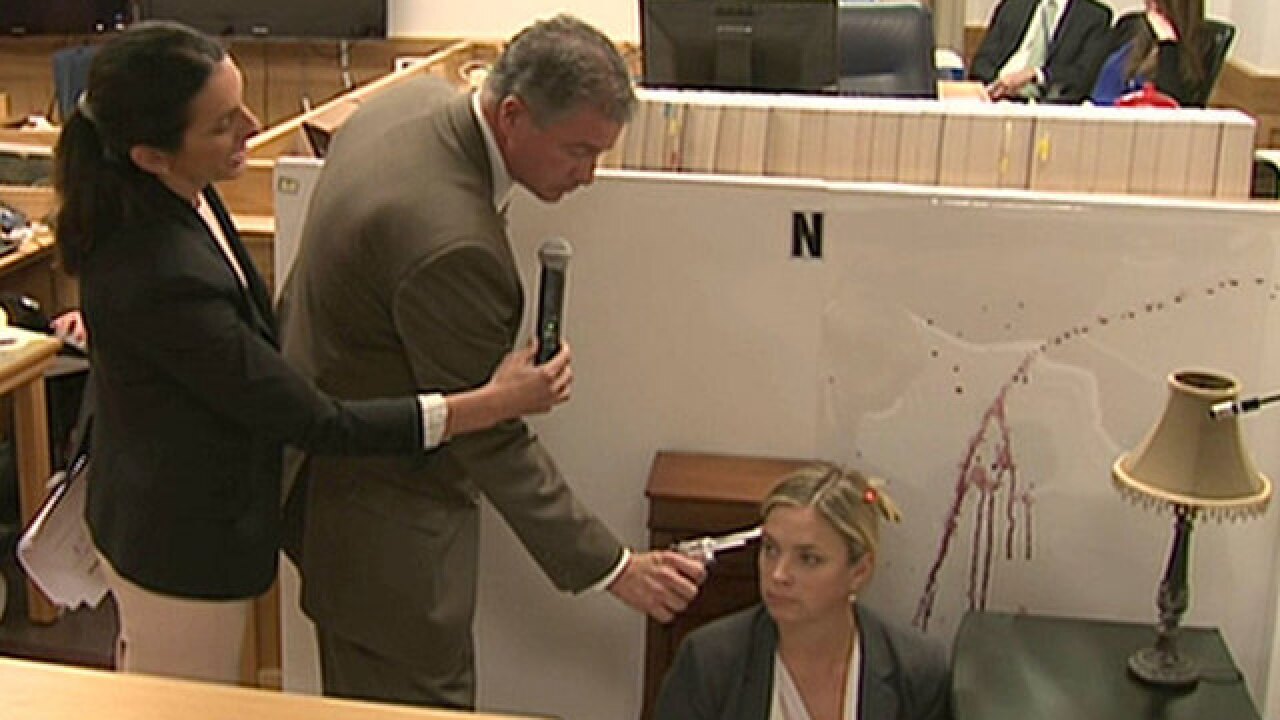 <p>During a murder trial demonstration, Dan Gilliam, a crime-scene investigator, holds a toy gun to the head of Dru Nielsen, a defense attorney posing as Ashley Fallis, as another defense attorney holds a microphone.  March 25, 2015. </p> 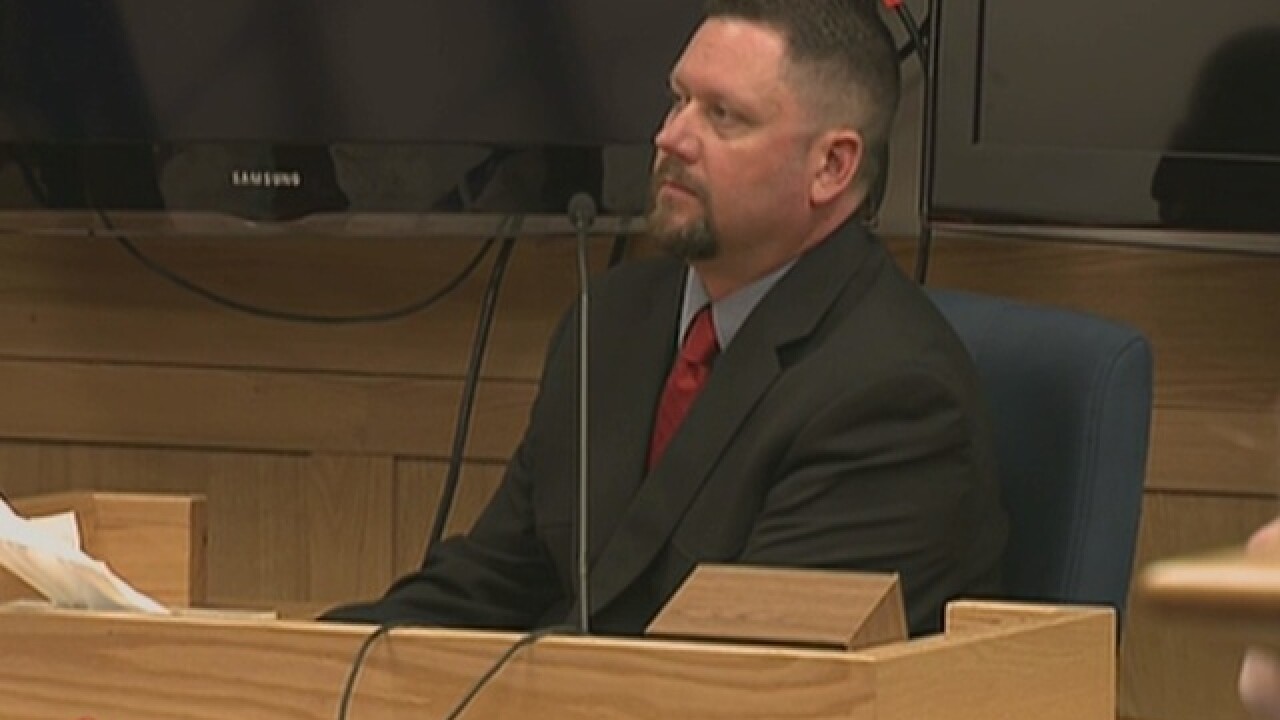 The former deputy who said he heard murder suspect Tom Fallis' confession admitted on the stand Friday, multiple times, that he did not write a report about what he heard. He also admitted to changing some of his testimony between Thursday and Friday.

The shooting death of Ashley Fallis on January 1, 2012 was initially ruled a suicide. Her parents believed she was murdered. The case was reopened in 2014 and a grand jury indicted Ashley's husband, Tom Fallis, a former Weld County Sheriff's deputy, on a charge of second-degree murder.

However, he admitted he didn't write a report about the confession and he didn't handcuff Fallis after hearing the alleged confession.

"But you didn’t handcuff him?" Fallis' attorney asked Graves.

"Because it wasn’t your scene? Correct?" Fallis' attorney asked.

Graves reportedly came forward about the alleged confession three years after the shooting, on March 19, 2015.

"You told Detective Shaklee you heard that confession when you arrived on scene, which is different than you testified yesterday," Fallis attorney asked Friday.

On redirect, prosecutors asked Graves what, if any, motivation he has for testifying.

Graves told them it was just justice for the family.

Graves was fired in 2015 for lack of candor, lack of honesty and lack of truthfulness, according to court testimony.

Later Friday, Dan Gilliam, a crime-scene investigator for the Larimer County Sheriff's Office, testified that the physical evidence supports Tom Fallis' claim that his wife shot and killed herself while the husband was on the other side off the master bedroom. Gilliam said he has spent more than 400 hours analyzing the death of Ashley Fallis, including conducting several re-enactment experiments.

In the court room, Gilliam used two of Tom Fallis' defense attorneys to show how Ashley Fallis could have -- and couldn't have -- died in a model of the couple's bedroom, set in front of the jury box.

Posing as Tom Fallis, Gilliam crouched holding a toy gun to the head off kneeling defense attorney, Dru Nielsen, who was posing as Ashley Fallis in a corner of the bedroom mock-up.

The crime-scene expert testified that Tom Fallis would have had to have been in this crouching position if he shot his wife, because it was the only way the spent shell casing ejected from the semi-automatic handgun would have landed behind him, where police found it. Yet, Gilliam added, that if the husband had been crouching next to Ashley when she was shot, the wife would have collapsed into him. The bloodstain evidence doesn't support that scenario, Gilliam added.

If Tom Fallis had been standing and shot his kneeling wife, the ejected shell casing would have bounced off of him and it would have been found in a  different location, Gilliam said.

The investigator said the evidence supports the husband's claim that Ashley shot herself. As if to demonstrate this, the kneeling attorney, Nielsen, slumped over, landing on tape indicating where Ashley Fallis' body was found in the mock crime-scene.

Under questioning by a prosecutor, Gilliam acknowledged that crime-scene analysis can be subjective and experts can interpret evidence differently.

Prosecutors are expected to call another crime-scene expert who believes the evidence shows Ashley Fallis was murdered.