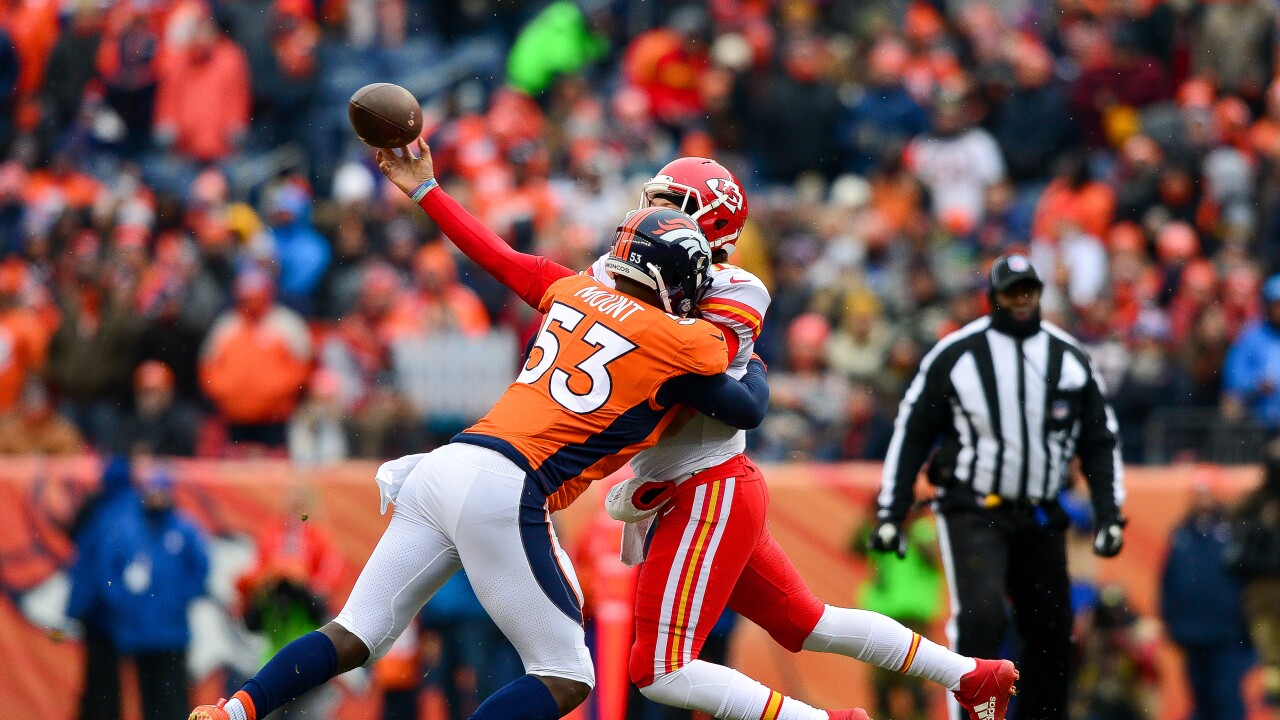 On Sunday around 6 a.m., a Denver police officer responded to W. 8th Avenue and N. Mariposa Street on a report of an assault. The officer found that Mount, 26, had been riding in an Uber with one other person when he canceled his ride.

The Uber driver took an exit off the interstate and asked Mount to leave his car. Mount refused to do so and told the driver to drop him off somewhere else, like the closest store, according to court documents.

The Uber driver pulled up to W. 8th Avenue and N. Mariposa Street where Mount still refused to leave the car. The driver left his seat, walked around the car to the rear passenger door and opened it, again asking Mount to leave the car.

Mount then “initiated a physical altercation” with the man, according to court documents. The driver fought back, giving Mount a bloody nose.

As the driver walked back to the other side of the car, Mount followed him and started to hit the man’s arms, head, back and side. The driver was able to get inside the car, flee the scene and call 911.

The other person in the car told police Mount was the primary aggressor in the assault.

Mount was cited for simple assault and released.

The Broncos waived Mount after he tore his Achilles tendon during an OTA.