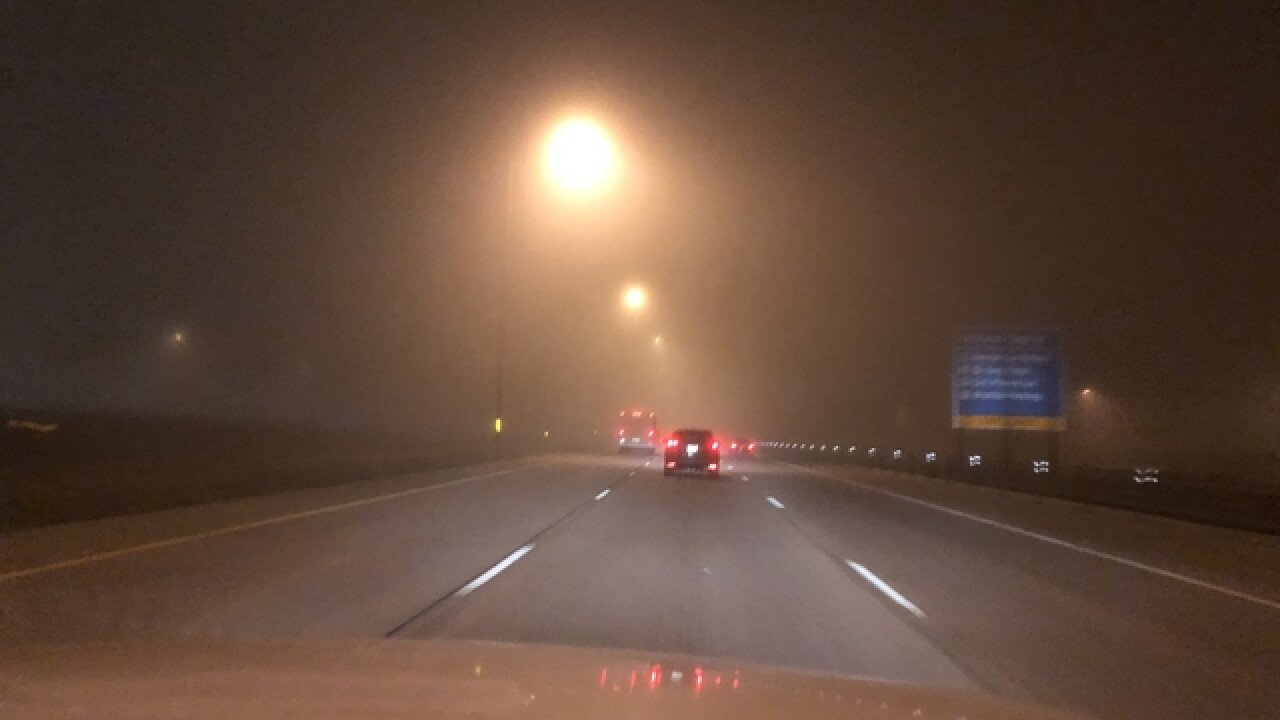 All arriving flights were kept from taking off, according to Emily Williams a spokesperson for Denver International Airport (DEN).

While there appeared to be no delays for departing flights, Williams said passengers should still check with their airline for any changes to their flight.

That is some thick fog right there my friends. This is Pena Blvd out to DIA. There is a ground stop in place due to the fog at the airport and there are now some flights being delayed. pic.twitter.com/zS3eOWPhjW

The FAA lifted the ground hold around 7:30 a.m.

The National Weather Services issued a dense fog advisory around 3 a.m. for the north Denver Metro suburbs including Longmont, Platteville and Hudson with visibility down to 100 yards in some areas.

Dense fog now along I-25 from 120th Avenue north to Longmont. Visibilities down to 100 yards. Slow down/use low beams! #cowx

The dense fog advisory was in effect until 9 a.m.

"Conditions are expected to be worst from the northern parts of the Denver metro area north along I-25 to the Berthoud exit and highway 85 to Platteville and along I-76 between Denver and Hudson," according to the National Weather Service.