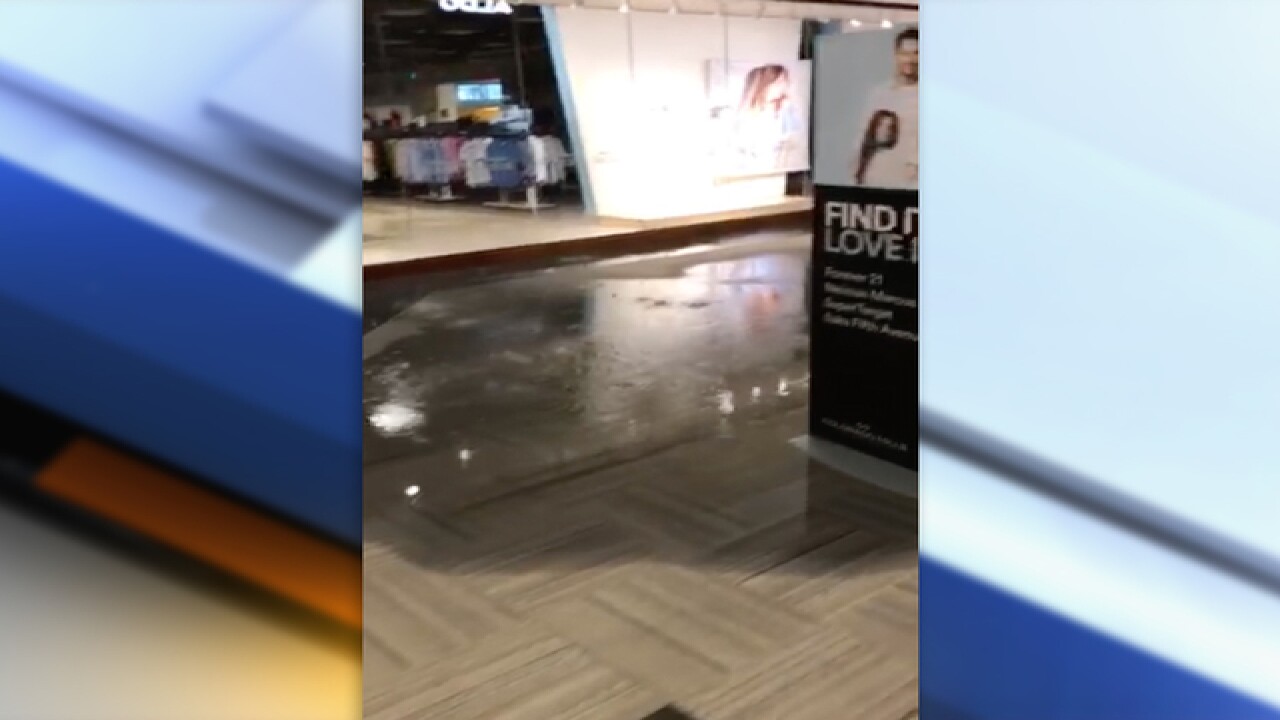 Cell phone video shot inside the mall shows water covering the floor and plastic tarps over merchandise in stores, as water gushes from the ceiling.

"It was so loud that we were all kind of looking around wondering what was going on, and we we looked up we saw golf-ball sized hail through the sunlights," said Lindsay Jones, who works in the mall. "Lots of water on the ground, water leaking from the ceilings of all areas of the mall, the whole mall was evacuated. There was a lot of damage."

In a statement, a Colorado Mills Mall spokeswoman said the mall will be closed for the remainder of Monday as well as Tuesday as they evaluate the extent of repairs needed.

Jefferson County Sheriff's Office said the building was structurally sound, but that some of the ceiling tiles had collapsed under the weight of the water.