Flight forced to land in Denver because of unruly passenger, who yelled 'you're all screwed' 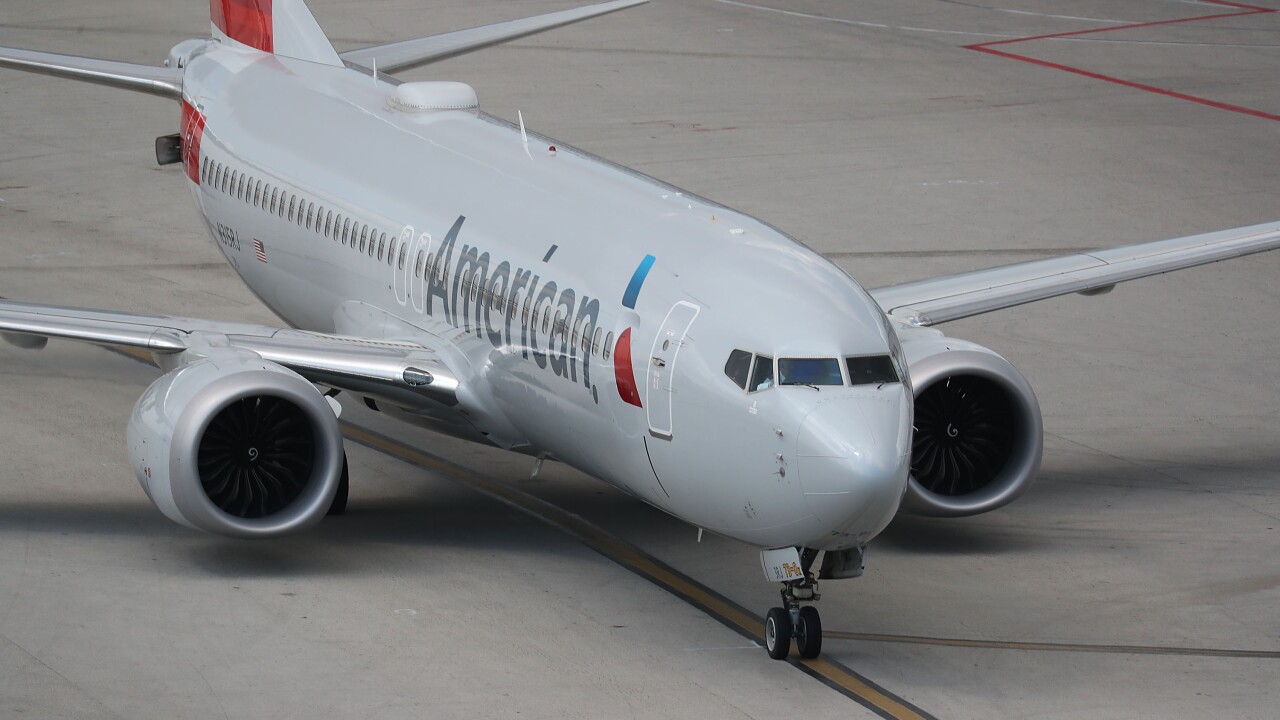 Joe Raedle/Getty Images
MIAMI, FL - MARCH 12: An American Airlines Boeing 737 Max 8 arriving from Washington Ronald Reagan National Airport is seen taxiing to its gate at the Miami International Airport on March 12, 2019 in Miami, Florida. The European Union along with other nations have grounded all Boeing 737 Max 8 and Max 9 jets, after the crash of a Max 8 being flown by Ethiopian Airlines that killed 157 people on Sunday. (Photo by Joe Raedle/Getty Images)

(CNN) -- An American Airlines flight was forced to make an unscheduled stop in Denver after a male passenger became unruly, punching seats, yelling at other passengers and smoking cigarettes.

Originating in Phoenix, Flight 2408 was headed to Minneapolis on Friday when the passenger became disruptive about one hour after takeoff. Passenger Jim Dickey, who was traveling for a convention, said the man began yelling and making threats toward the other passengers.

"He punched the seat in front of him and the lady screamed," Dickey told CNN.

Dickey said the pilot announced the flight was diverting about 20 minutes after the incident began. The flight landed in Denver and the man was removed from the plane by law enforcement.

"You could tell by the sound that the plane started descending pretty quickly after the flight attendants started to notice" what was going on, he said.

At one point, the man went to the bathroom where he started smoking, Dickey said, adding that while he was in the bathroom he yelled "you're all screwed."

Some of the male passengers were prepared to restrain the passenger physically, he added.

"The guy right behind me switched seats to the aisle in case things went awry," Dickey said.

Denver7 reached out to Denver International Airport and a spokesperson confirmed that the flight was diverted to Denver because of a disturbance.

The DIA official said Denver police responded to the aircraft once it was on the ground and the passenger was transported to the hospital.

Information on the passenger's status and whether he was arrested is unclear.

Dickey said the rest of the flight was the quietest one he'd ever been on.

"When we got back on the plane in Denver and continued on to Minneapolis, I don't think anybody said a word," he said.