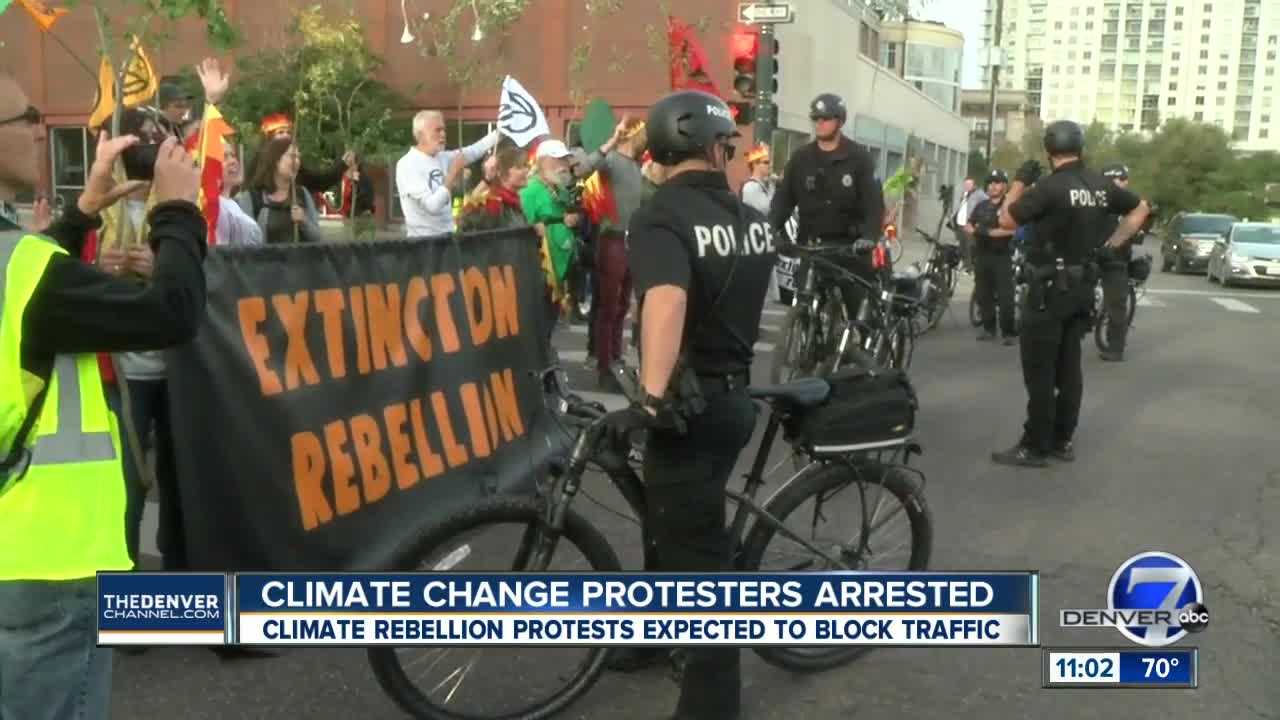 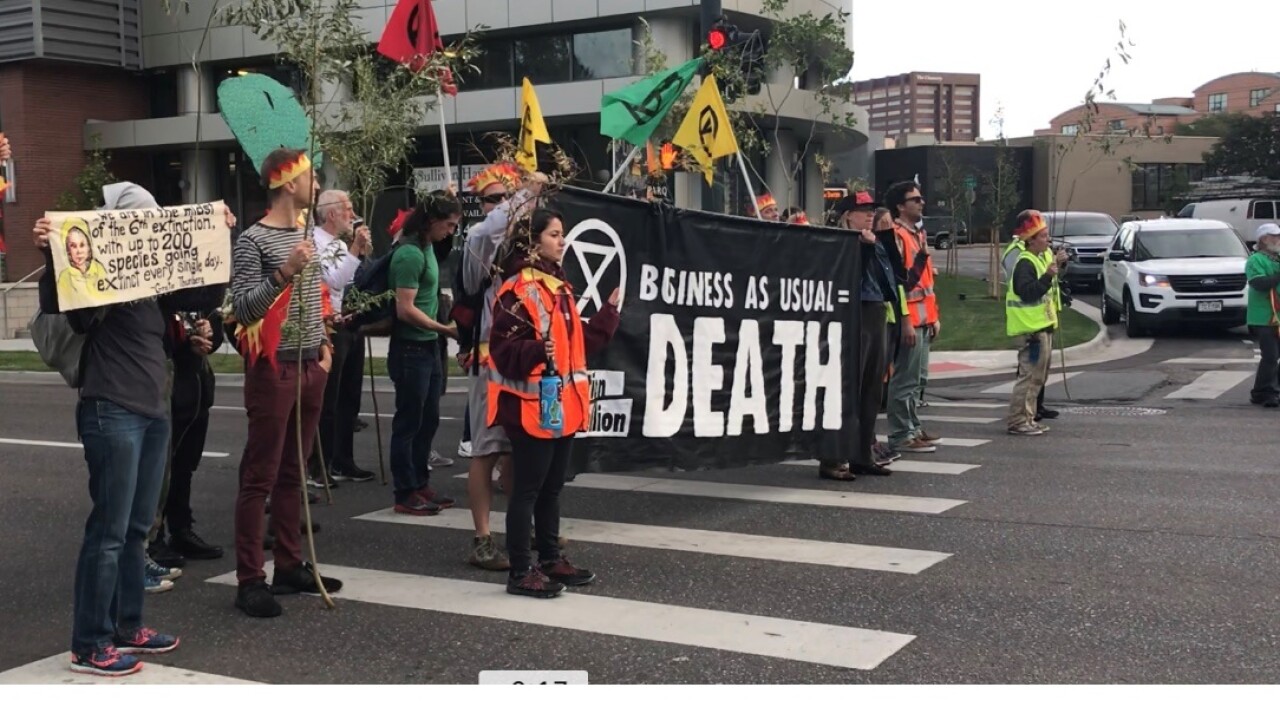 “We’re raising awareness to people and to the government about where we’re at in our climate emergency and ecological crisis," said Extinction Rebellion organizer Dave Robinson. "We can’t continue with business as usual, we’re headed to our own extinction.”

He said he thought the police department's reaction to the protest was extreme.

“I’m shocked because this is very mild — what we’ve been doing is going out to an intersection for a single light cycle and we made that clear to the police,” he said.

After watching her fellow protesters get arrested, activist Christina Lafon said it was a risk many in the group are willing to take.

“Even the people who are arresting us should know that we’re doing this for them too," she said. "We believe that the planet is going to be uninhabitable by 2050 and I think that if people are aware of that fact they’ll come out."

Robinson said this demonstration is a part of a week of climate change protest activities.

Casillas said the department will monitor the protests throughout the day and ensure protesters are following the law.

The group is planning more traffic disruptions in the afternoon, starting at Sunken Gardens Peak across from West High School.