First time baseball team plays together, they make it to nationals 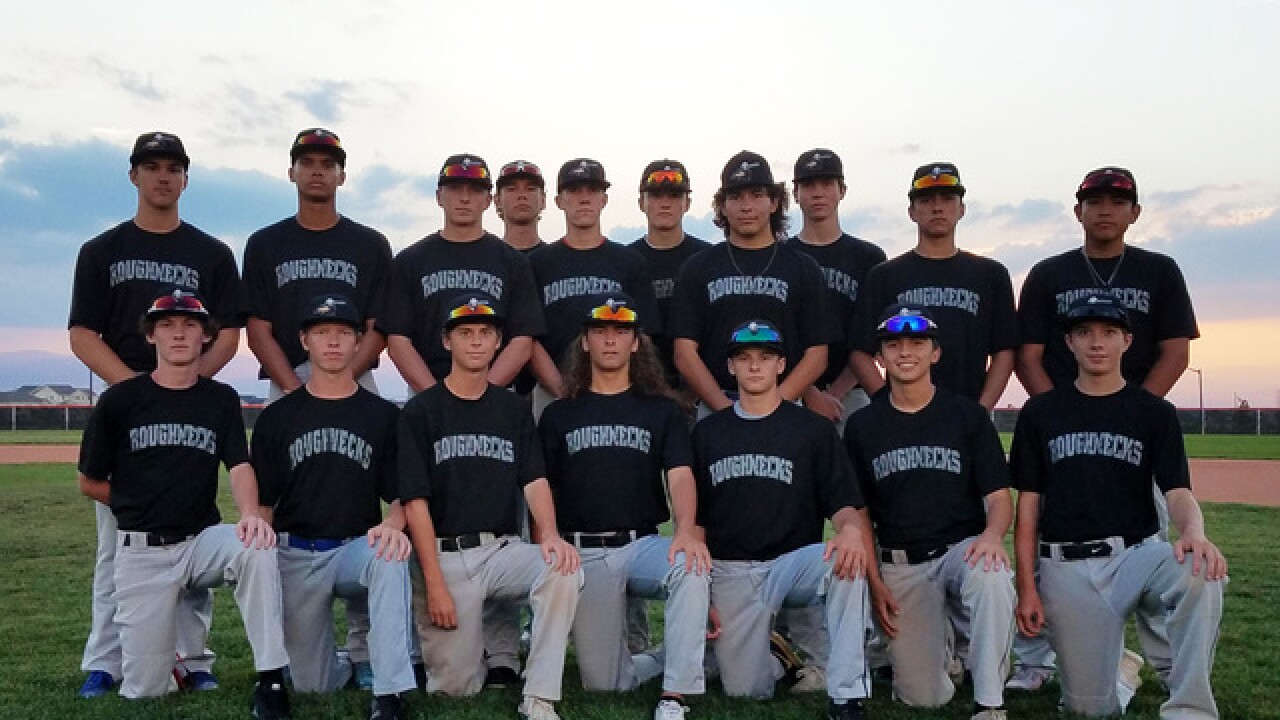 Courtesy of NoCo Roughnecks
<p>The 16U NoCo Roughnecks team, which played for the first time together at their first game in the regonal competition, will compete at the national level. </p>

When Harold Simmons created a baseball team of teens who had never played together, he didn't expect them to win their first game, much less make it to the national level.

The 16U regional tournament — or 16 years old and under — for American Amateur Baseball Congress (AABC) was held in the town of Frederick from June 21 through June 24 and Simmons wanted to put a team together. But the NoCo Roughnecks didn’t have a 16U team.

“So, we kind of threw them all together and put them in this regional (tournament),” he said.

Some of the teenage boys had played with each other in high school or played on the same summer team, but they had never played together as one cohesive unit. Simmons said he took almost every player who was 16 years old and younger and put them on the team.

When the 17-person team stepped out on the field at Frederick High School for the first of five games in the regional tournament, it was their first time playing together. They didn’t have time for a single practice to smooth out any wrinkles. From the dugout, Simmons watched the players. And he watched them win.

The 16U NoCo Roughnecks won the first game, then the second, third, fourth and fifth for a clean sweep.

Simmons said the games were “awesome” to watch.

The wins gave the team the chance to fly to Waterbury, Connecticut to compete in the AABC’s Mickey Mantle World Series. Twelve teams from around the nation will compete to become the 2018 champion.

On Tuesday morning, the players, their families and coaches flew across the country to the East Coast for the competition. They will play a few games this week and, if they make it, will participate in double elimination games over the weekend.

The Mickey Mantle World Series schedule is available here . To keep up to date with each of the NoCo Roughnecks' games on Twitter, click here or watch them live .