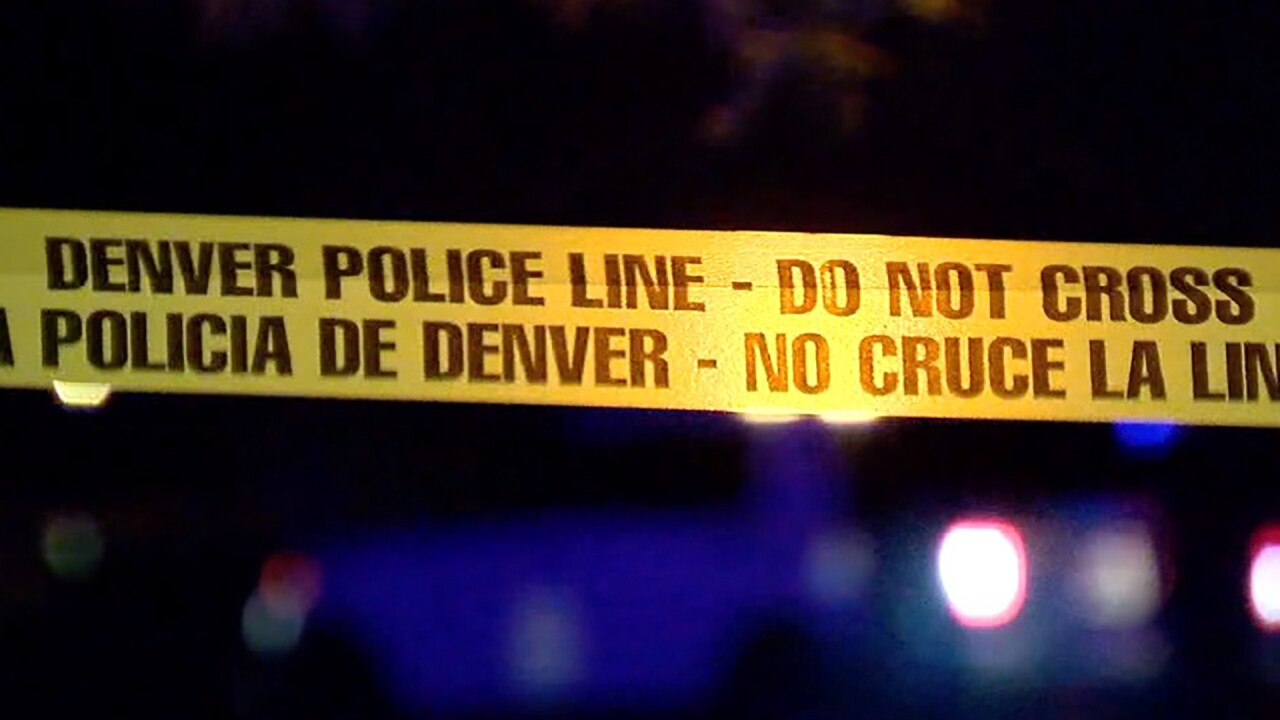 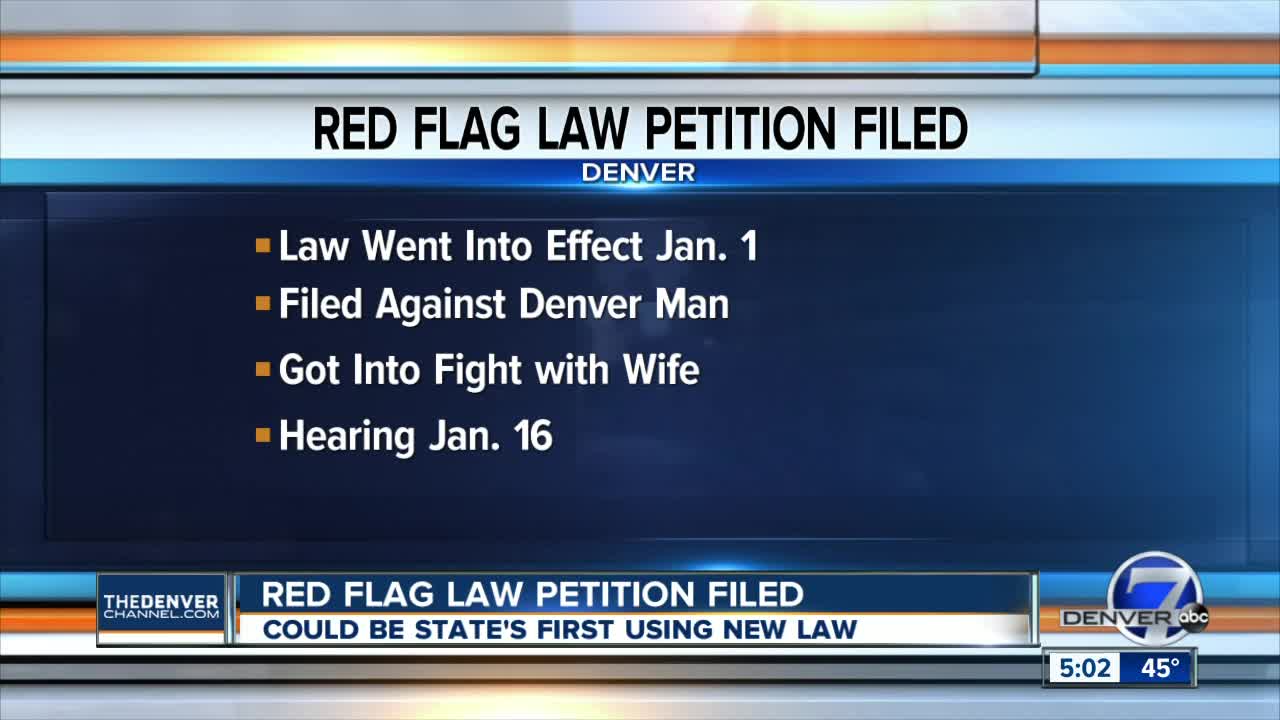 DENVER – The first petition under Colorado’s new red flag law was filed Thursday by a Denver police sergeant and a hearing on the petition will be held on Jan. 16 under the new law that took effect Jan. 1.

But the first petition under the extreme risk protection order law does not involve taking a person’s firearms, but rather the Denver Police Department asking to keep ahold of two handguns obtained by the department as they investigated a domestic violence incident and the man’s suicidal statements.

Denver Police Sgt. Troy Bisgard filed the petition on Thursday in Denver Probate Court. He has asked for the extreme risk protection order hearing after the department took custody of two semi-automatic handguns owned by a 26-year-old man, whom Denver7 is not naming because the Denver District Attorney’s Office has declined to file charges against him for the domestic violence incident.

Bisgard wrote in the petition that the original incident involving the man, his wife and her sister happened around 10:45 p.m. on Dec. 29 at the couple’s apartment on S. Balsam Way.

Officers were dispatched to the apartment by a caller who said that a man and his wife had been in an argument and that the man was walking away from the apartment complex, according to the petition.

They spotted the 26-year-old man at a nearby convenience store, and as they were patting him down, discovered a loaded 9mm Glock handgun in his waistband. The man also had a cut above his eye, and he eventually told officers that his wife had hit him in the face with a bottle and that he had pushed her several times. He was noticeably intoxicated, according to Bisgard’s petition, which also notes that the man did not have a permit to carry a concealed weapon.

Officers talked to the man’s wife and her sister back at the apartment, and she at one point during the admitted to throwing the bottle at her husband after he had locked her and her sister outside of the apartment during an argument and, at one point, allegedly choked her. He also allegedly pointed the weapon in his wife and sister's direction but said that "it was not for them, rather it was for himself," according to the petition.

The man told officers that he planned to “off” himself after the argument. He was taken to an area hospital for a mental health hold but was not accepted because of his level of intoxication. He was taken into custody for investigation of assault.

The next day, the man’s wife recounted the incident and the alleged choking, and he told officers again that he was “contemplating doing something bad to [himself]” after the altercation.

A day later, on Dec. 31, the man gave the second gun, a .45 caliber Springfield semi-automatic, to the Denver District Attorney’s Office after a mandatory domestic violence protection order was issued by the Denver County Court.

Sgt. Bisgard wrote in the petition that he was seeking the extreme risk protection order because the man “made suicidal statements regarding a firearm to both the responding officers the night of the incident, Dec. 29th, 2019, and the investigating detective, December 31st, 2019.”

He additionally wrote that the District Attorney’s Office has declined to press charges against the man or his wife. Thus, the department now must figure out whether to release his guns back to him despite his suicidal statements and is asking the probate court for direction.

Under the law, there will now be a hearing in 14 days – one is set for Jan. 16 – to determine whether to give the guns back to the man from the DPD Evidence room.

Court records show that the man has an attorney specializing in extreme risk protection orders.

The passage of the red flag law last year was one of the most controversial and monumental measures of last year’s legislature. It passed a year after a similar measure failed during the 2018 legislature.