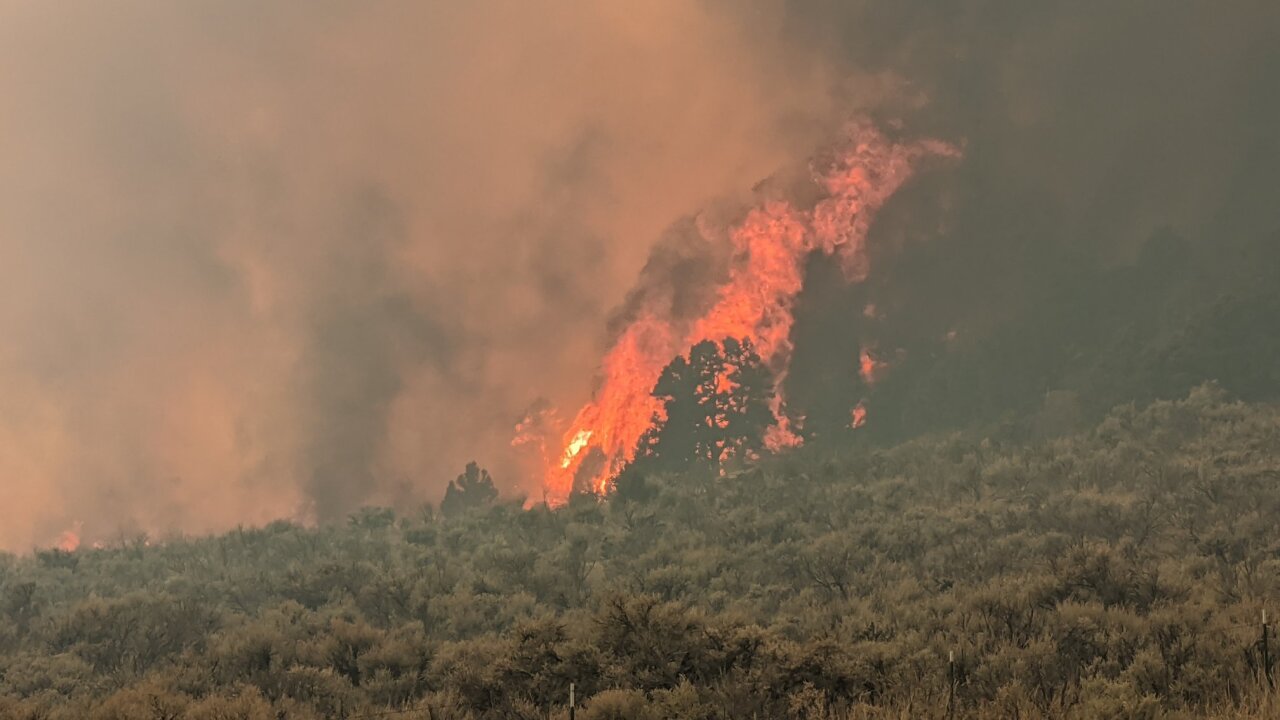 RIO BLANCO COUNTY, Colo. — Firefighters are confident they will be able to fully contain a 229-acre wildfire that broke out Tuesday afternoon a few miles west of Meeker.

According to the Rio Blanco County Sheriff’s Office, the fire was reported around 1:30 p.m. Tuesday. The caller said the fire was up Lions Canyon Road, which is about three miles west of Meeker.

Meeker Volunteer Fire Department, the Bureau of Land Management and the Colorado Division of Fire Prevention and Control responded to the scene.

Firefighters determined that the fire likely started near a trailer house, which was completely destroyed in the fire, according to the sheriff's office. The cause of the fire is under investigation.

By Tuesday evening, the fire had settled more.

The sheriff’s office said the firefighters will continue to work at the scene today and expect to contain the blaze by Wednesday evening. Rain on Thursday will help as well.

The sheriff’s office said they want to extend a thank you to anybody who donated water or food to the emergency personnel who responded to the fire.