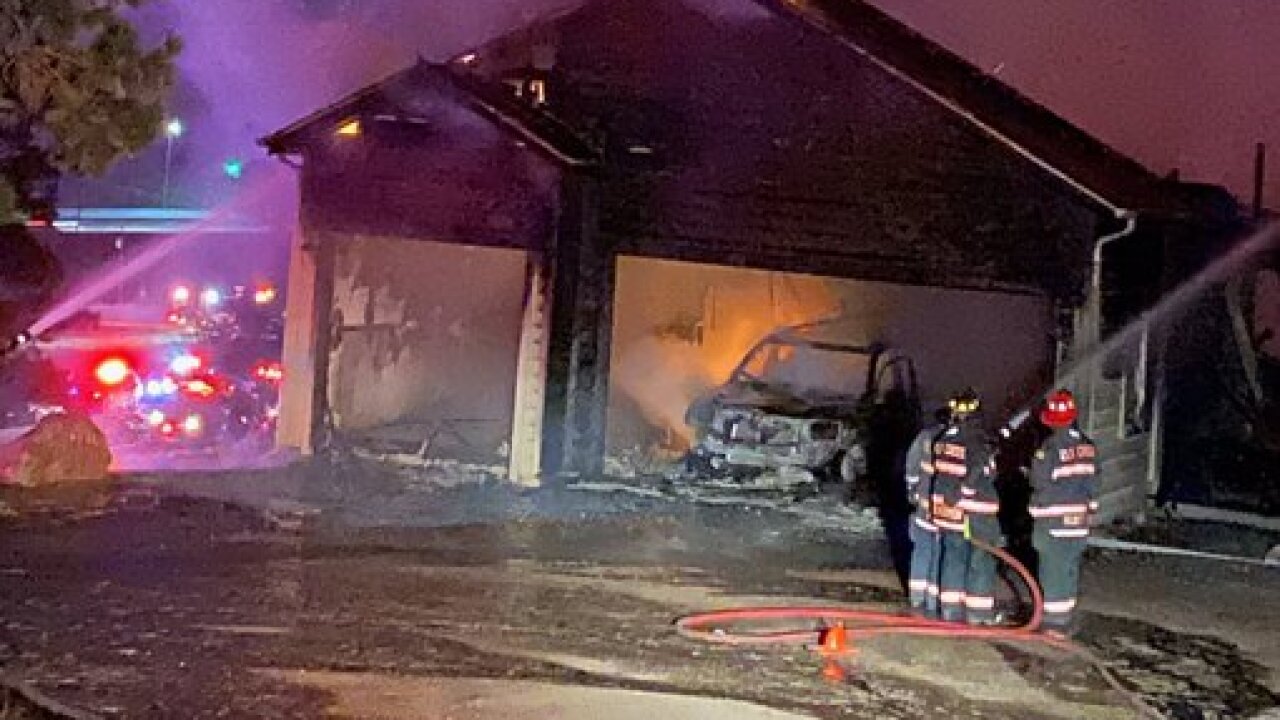 Crews responded to Stags Leap Trail after neighbors called 911 and reported that the house was engulfed in flames, according to the Inter-Canyon Fire Protection District (ICFPD).

When the first firefighters arrived, they found that the house was fully involved. They immediately went to work to attack the fire and prevent it from spreading, ICFPD said.

Firefighters found the home fully involved when the first units arrived on Stags Leap. Engines attacked the fire and were used to prevent extension into the surrounding trees pic.twitter.com/owmtO5r4SV

More than 25 firefighters responded to the fire.

No other information was available Monday morning.

The cause of the fire remains under investigation.