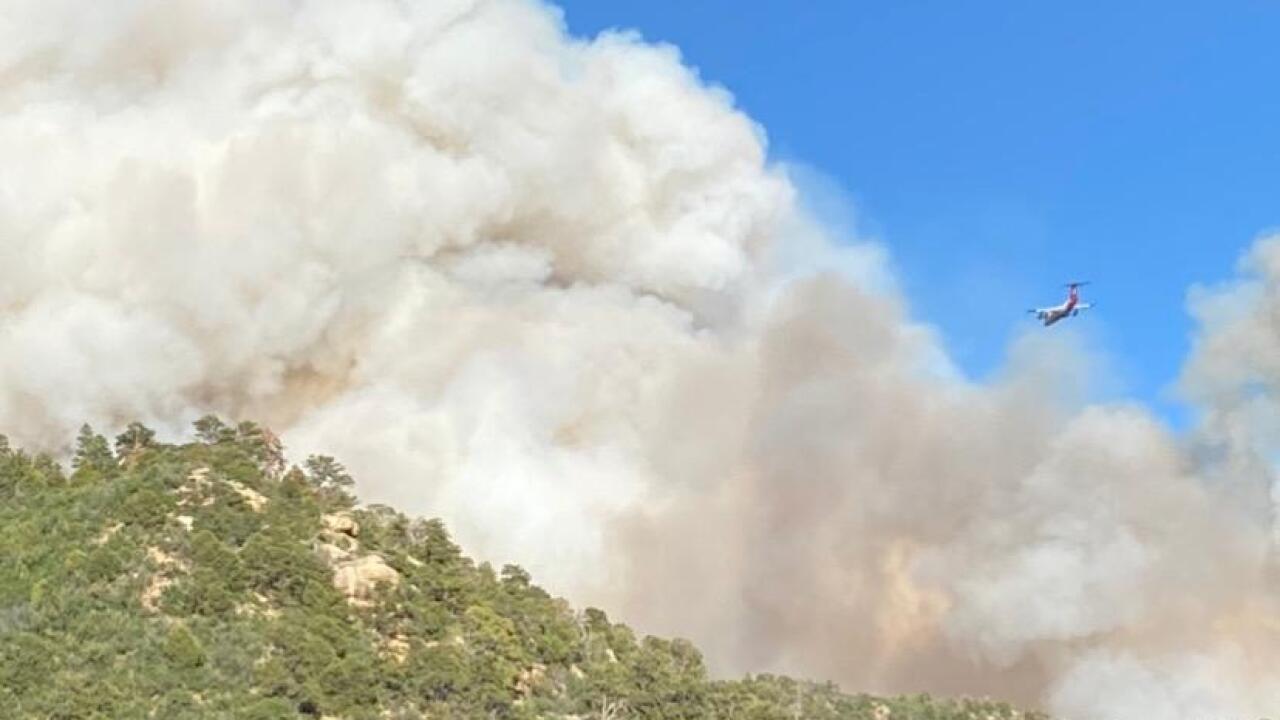 Tres Rios Field Office of the Bureau of Land Management

Wildfires in south and southwestern Colorado have kept firefighters busy over the past few weeks as conditions continue to warm up and dry out.

The state’s largest current wildfire, the East Canyon Fire, is reaching toward 3,000 acres, but is about 95% contained, officials said.

The novel coronavirus threw a few changes into firefighting in 2020, which includes more aggressive initial attacks to extinguish blazes before they grow too large. This strategy also includes more air attacks.

Several Colorado counties have enacted fire restrictions. The Colorado Department of Public Safety has an interactive map on its website of these restrictions, but encourages residents to check with the local sheriff’s office or forest service for the most up-to-date information.

Here is the current status of Colorado's wildfires.

As of 8 a.m. Monday, the East Canyon Fire a couple miles southeast of Mancos had burned 2,905 acres and was 95% contained, according to the public information team assigned to the fire. The north and east sides of the fire are fully contained.

Crews will now work to seek out and extinguish hot spots along the south and west side of the perimeter, according to team.

The fire was sparked by lightning on June 14.

Ground and air crews are attacking the fire with more than 360 firefighters, 15 engines and a full complement of air resources.

The fire had not damaged any structures as of Monday morning.

The public information team said Highway 160, which has closed previously due to the fire, is not expected to do so again as of now.

According to the Rocky Mountain Area Coordination Center, the Beiber Fire is burning about 15 miles southeast of Trinidad. As of Monday morning, it was 169 acres.

The Sand Creek Fire is burning 21 miles northwest of Pagosa Springs. As of Sunday morning, it was 50 acres.

The fire, which was started by lightning on June 15, is in the same area as the 2012 Little Sand Fire, according to Andy Lyon, public information officer for the Type 3 fire Incident Team, which is managing the wildfire.

Smokejumpers, which are firefighters specially trained to provide an initial attack on remote wildfires, parachuted into the area on June 16. After assessing the fire from the ground, “the decision was made not to engage due to hazardous snags (standing dead/damaged trees), heavy fuel loads, and difficult terrain” according to Lyon.

As of Friday, the Loading Pen Fire was 42 acres and 90% contained, according to San Juan National Forest Public Affairs Officer Esther Godson. It is burning in Dolores River Valley between the towns of Dolores and Rico.

Smoke may be visible on the hillside above the Dolores River near the community of Stoner.

The Six Shooter Fire, which broke out southeast of Durango on Tuesday afternoon, is fully contained, fire officials said Sunday. It was 224 acres at the time.

Roads near the fire remain closed.

The fire did not damage any structures.

The fire got its name from its location in the Six Shooter Canyon on the Southern Ute Indian Reservation.