Firefighter Doug and Traci the fire dog: A promise made is a promise kept

They met once, but a firefighter never forgets 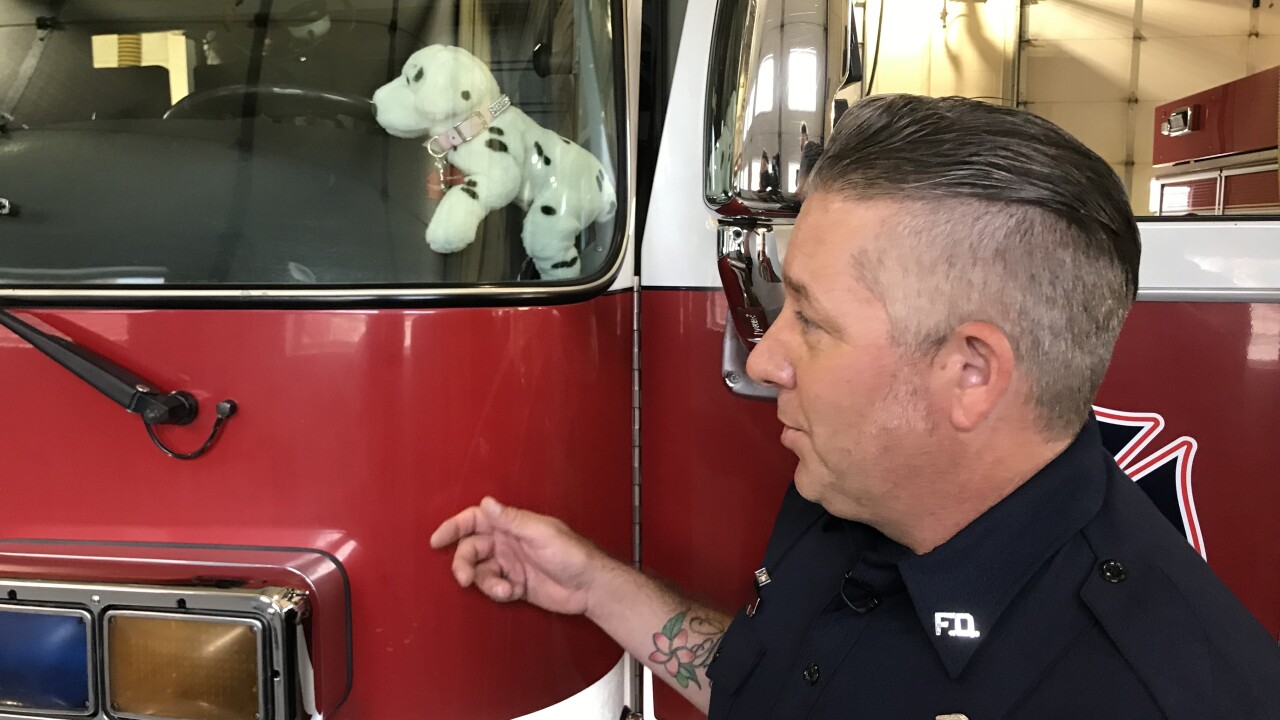 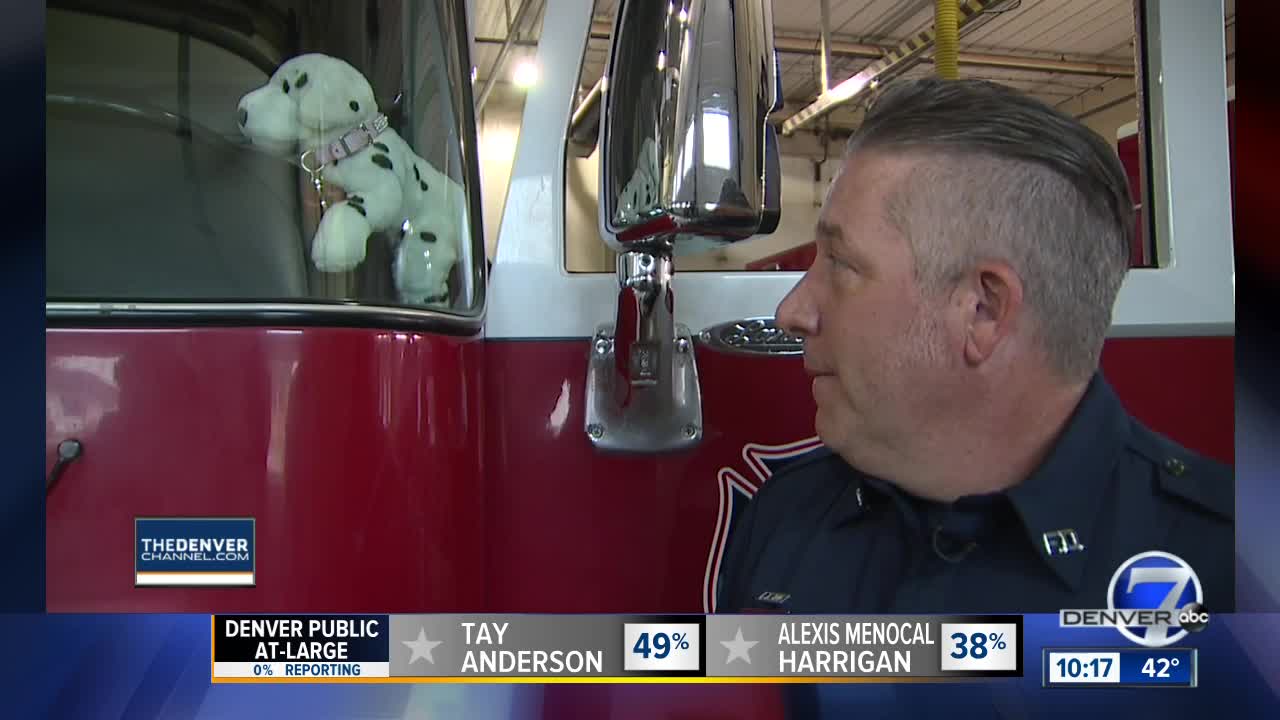 ADAMS COUNTY, Colo. -- Sometimes people come into your life and you just can't forget them.

Or in the case of one Adams County firefighter, there was no way he could forget.

When Engine 12 rolls on a call, it's typically Doug Owens in the driver's seat.

"First call today and I can guarantee it won't be the last," Doug said as Adams County Fire Rescue recently let Denver7 ride-along.

"Of course, every day is not the same," Doug said.

While the days are never the same, the routine is a different story.

"A lot of firefighters carry stuff with them that means stuff," said Doug.

"I've always seen this stuffed animal dalmatian in the truck,” said firefighter Craig Samoy. “And I’m like - 'Oh, Doug's got a co-pilot with him. That's kind of cool.’"

“I grab my helmet, my boots, my pants, I grab Traci and we go in the truck," Doug said.

The firehouse mascot, Traci, is always on the front dash as long as Doug is on the call. Even Doug's kids, Gavin and Teagan, have an affection for Traci.

After all — the kids know — there’s more life in this stuffed-pup than meets the eye.

"We share the dalmatian,” Teagan said. “Sometimes we fight, because we just love Traci so much.”

It was a fire station tour during Doug's first year.

"About 9-years-old,” said Doug. “Just a small little thing, you know? And I noticed that she always kind of stayed by herself. And I got talking to her parents and found out that she was sick. She had a form of brain cancer that was in-operable and it was terminal."

"I think we found each other,” Doug said. “I think we just kind of gravitated toward each other. And she had these two stuffed animals with her. One was a German shepherd and one was a dalmatian."

Traci revealed to her new friend she was worried about those stuffed pets.

“Cause she knew what was going to happen,” Doug said. “Who was going to care for those animals when she passed?"

That's when rookie Doug proposed a rather wise idea.

"And I said, 'I can do something for you if you want? I can look over one of your animals. I promise you I'll take care of her and she'll stay at the station and she'll be on the truck with me every day,'" Doug told the little girl.

To his surprise, she gave him the dog that day.

"I know she passed," Doug said.

But at a time before Facebook and smartphones — Doug has no photo, no last name — only a memory.

"I just named the little dog, Traci — after her,” Doug said. “And I just put her on the truck every day that I'm here."

And for years the little dog went relatively unnoticed, until along came Lt. Dave Carpenter.

"I knew it had to have meaning,” said Carpenter. “Doug doesn't do anything without purpose."

“Dave Carpenter came to our station and he just walked up to me and said, 'So what's the story with this dog?,’” Doug said.

“I didn't realize that he had never told anybody the story before," Carpenter said.

That set in motion all kinds of whispers through the Adams County firehouse, and eventually, "they put this award together and gave it to me at a banquet that we had," Doug said.

“And it's because of me that he got all the attention," Carpenter said.

"It's nice that she's not forgotten, you know," Doug said.

"I didn't hear about the story until our awards banquet," Samoy said. “And man, it brought tears to my eyes."

The story of a man and his best friend of 16 years.

"There's a meaning behind it,” Doug said. “There's a spirit and there's a soul in that little dog. And I’ll cherish her forever. I was just blessed enough to have this happen to me.”

“You hear the story and it just pulls at your heartstrings,” Carpenter said. “For no reason at all, but to fulfill the promise.”